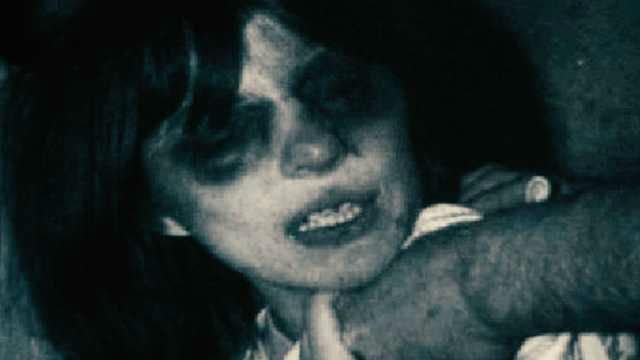 Richard Gallagher admits he has first hand experiences with patients who are dealing with demonic possession.

A New York psychiatrist has shocked the science community by admitting that patients that are suffering from mental illness are the subjects of demonic possession. Richard Gallagher, who is a board-certified psychiatrist and professor of clinical psychiatry at New York Medical College has come forward saying he has had personal experiences with demonic possession adding that it’s ‘very widespread’.

According to the Washingtonpost.com: In the late 1980s, I was introduced to a self-styled Satanic high priestess. She called herself a witch and dressed the part, with flowing dark clothes and black eye shadow around to her temples. In our many discussions, she acknowledged worshipping Satan as his “queen.”I’m a man of science and a lover of history; after studying the classics at Princeton, I trained in psychiatry at Yale and in psychoanalysis at Columbia. That background is why a Catholic priest had asked my professional opinion, which I offered pro bono, about whether this woman was suffering from a mental disorder. This was at the height of the national panic about Satanism. (In a case that helped induce the hysteria, Virginia McMartin and others had recently been charged with alleged Satanic ritual abuse at a Los Angeles preschool; the charges were later dropped.) So I was inclined to skepticism. But my subject’s behavior exceeded what I could explain with my training. She could tell some people their secret weaknesses, such as undue pride. She knew how individuals she’d never known had died, including my mother and her fatal case of ovarian cancer. Six people later vouched to me that, during her exorcisms, they heard her speaking multiple languages, including Latin, completely unfamiliar to her outside of her trances. This was not psychosis; it was what I can only describe as paranormal ability. I concluded that she was possessed. Much later, she permitted me to tell her story.

The priest who had asked for my opinion of this bizarre case was the most experienced exorcist in the country at the time, an erudite and sensible man. I had told him that, even as a practicing Catholic, I wasn’t likely to go in for a lot of hocus-pocus. “Well,” he replied, “unless we thought you were not easily fooled, we would hardly have wanted you to assist us.”So began an unlikely partnership. For the past two-and-a-half decades and over several hundred consultations, I’ve helped clergy from multiple denominations and faiths to filter episodes of mental illness — which represent the overwhelming majority of cases — from, literally, the devil’s work. It’s an unlikely role for an academic physician, but I don’t see these two aspects of my career in conflict. The same habits that shape what I do as a professor and psychiatrist — open-mindedness, respect for evidence and compassion for suffering people — led me to aid in the work of discerning attacks by what I believe are evil spirits and, just as critically, differentiating these extremely rare events from medical conditions.Is it possible to be a sophisticated psychiatrist and believe that evil spirits are, however seldom, assailing humans? Most of my scientific colleagues and friends say no, because of their frequent contact with patients who are deluded about demons, their general skepticism of the supernatural, and their commitment to employ only standard, peer-reviewed treatments that do not potentially mislead (a definite risk) or harm vulnerable patients. But careful observation of the evidence presented to me in my career has led me to believe that certain extremely uncommon cases can be explained no other way.

The Vatican does not track global or countrywide exorcism, but in my experience and according to the priests I meet, demand is rising. The United States is home to about 50 “stable” exorcists — those who have been designated by bishops to combat demonic activity on a semi-regular basis — up from just 12 a decade ago, according to the Rev. Vincent Lampert, an Indianapolis-based priest-exorcist who is active in the International Association of Exorcists. (He receives about 20 inquiries per week, double the number from when his bishop appointed him in 2005.) The Catholic Church has responded by offering greater resources for clergy members who wish to address the problem. In 2010, for instance, the U.S. Conference of Catholic Bishops organized a meeting in Baltimore for interested clergy.

In 2014, Pope Francis formally recognized the IAE, 400 members of which are to convene in Rome this October. Members believe in such strange cases because they are constantly called upon to help. (I served for a time as a scientific adviser on the group’s governing board.)Unfortunately, not all clergy involved in this complex field are as cautious as the priest who first approached me. In some circles, there is a tendency to become overly preoccupied with putative demonic explanations and to see the devil everywhere. Fundamentalist misdiagnoses and absurd or even dangerous “treatments,” such as beating victims, have sometimes occurred, especially in developing countries. This is perhaps why exorcism has a negative connotation in some quarters. People with psychological problems should receive psychological treatment.But I believe I’ve seen the real thing.

Assaults upon individuals are classified either as “demonic possessions” or as the slightly more common but less intense attacks usually called “oppressions.”

A possessed individual may suddenly, in a type of trance, voice statements of astonishing venom and contempt for religion, while understanding and speaking various foreign languages previously unknown to them. The subject might also exhibit enormous strength or even the extraordinarily rare phenomenon of levitation. (I have not witnessed a levitation myself, but half a dozen people I work with vow that they’ve seen it in the course of their exorcisms.) He or she might demonstrate “hidden knowledge” of all sorts of things — like how a stranger’s loved ones died, what secret sins she has committed, even where people are at a given moment. These are skills that cannot be explained except by special psychic or preternatural ability.I have personally encountered these rationally inexplicable features, along with other paranormal phenomena. My vantage is unusual: As a consulting doctor, I think I have seen more cases of possession than any other physician in the world.

Most of the people I evaluate in this role suffer from the more prosaic problems of a medical disorder. Anyone even faintly familiar with mental illnesses knows that individuals who think they are being attacked by malign spirits are generally experiencing nothing of the sort. Practitioners see psychotic patients all the time who claim to see or hear demons; histrionic or highly suggestible individuals, such as those suffering from dissociative identity syndromes; and patients with personality disorders who are prone to misinterpret destructive feelings, in what exorcists sometimes call a “pseudo-possession,” via the defense mechanism of an externalizing projection. But what am I supposed to make of patients who unexpectedly start speaking perfect Latin?I approach each situation with an initial skepticism. I technically do not make my own “diagnosis” of possession but inform the clergy that the symptoms in question have no conceivable medical cause.

I am aware of the way many psychiatrists view this sort of work. While the American Psychiatric Association has no official opinion on these affairs, the field (like society at large) is full of unpersuadable skeptics and occasionally doctrinaire materialists who are often oddly vitriolic in their opposition to all things spiritual. My job is to assist people seeking help, not to convince doctors who are not subject to suasion. Yet I’ve been pleasantly surprised by the number of psychiatrists and other mental health practitioners nowadays who are open to entertaining such hypotheses. Many believe exactly what I do, though they may be reluctant to speak out.

As a man of reason, I’ve had to rationalize the seemingly irrational. Questions about how a scientifically trained physician can believe “such outdated and unscientific nonsense,” as I’ve been asked, have a simple answer. I honestly weigh the evidence. I have been told simplistically that levitation defies the laws of gravity, and, well, of course it does! We are not dealing here with purely material reality, but with the spiritual realm. One cannot force these creatures to undergo lab studies or submit to scientific manipulation; they will also hardly allow themselves to be easily recorded by video equipment, as skeptics sometimes demand. (The official Catholic Catechism holds that demons are sentient and possess their own wills; as they are fallen angels, they are also craftier than humans. That’s how they sow confusion and seed doubt, after all.) Nor does the church wish to compromise a sufferer’s privacy, any more than doctors want to compromise a patient’s confidentiality.

Ignorance and superstition have often surrounded stories of demonic possession in various cultures, and surely many alleged episodes can be explained by fraud, chicanery or mental pathology. But anthropologists agree that nearly all cultures have believed in spirits, and the vast majority of societies (including our own) have recorded dramatic stories of spirit possession. Despite varying interpretations, multiple depictions of the same phenomena in astonishingly consistent ways offer cumulative evidence of their credibility.

As a psychoanalyst, a blanket rejection of the possibility of demonic attacks seems less logical, and often wishful in nature, than a careful appraisal of the facts. As I see it, the evidence for possession is like the evidence for George Washington’s crossing of the Delaware. In both cases, written historical accounts with numerous sound witnesses testify to their accuracy.

In the end, however, it was not an academic or dogmatic view that propelled me into this line of work. I was asked to consult about people in pain. I have always thought that, if requested to help a tortured person, a physician should not arbitrarily refuse to get involved. Those who dismiss these cases unwittingly prevent patients from receiving the help they desperately require, either by failing to recommend them for psychiatric treatment (which most clearly need) or by not informing their spiritual ministers that something beyond a mental or other illness seems to be the issue. For any person of science or faith, it should be impossible to turn one’s back on a tormented soul.

This Article Was First Published On: http://www.neonnettle.com/