We all know that an elite Cabal has suppressed UFO/ET Truth for decades. It has also suppressed free energy, created global economic slavery, instituted wars for profit, created a Secret Space Program, raped the Earth’s environment and more. 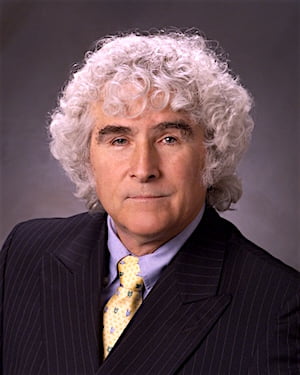 Now, our ETLetsTalk colleague and friend, Danny Sheehan, exposes this Cabal control group in an unprecedented series of detailed interviews which can be downloaded:

In his researched, detailed and thorough manner Danny provides you the deep factual details of how the Cabal was created, its structure, the names of members, methods of manipulation and control, historical false flag events, and much, much more.

Additionally, in the interview below, Danny also reveals the astounding truth about the assassinations of John Kennedy and brother Robert Kennedy.

This is is a thorough description of Danny’s interviews which was provided by Danny’s Romero Institute:

Activists from all backgrounds would be well-served to gain a thorough understanding of the corporate, military and financial forces that operate behind the scenes and exert control over governments and institutions. Even presidents have had to contend with such forces.

“Since I entered politics, I have chiefly had men’s views confided to me privately. Some of the biggest men in the U. S., in the field of commerce and manufacturing, are afraid of somebody, are afraid of something. They know that there is a power somewhere so organized, so subtle, so watchful, so interlocked, so complete, so pervasive, that they had better not speak above their breath when they speak in condemnation of it.” —President Woodrow Wilson, 1913

Now we have a new window into such matters.

Recently a 4-part series of interviews with one of our most important and influential Constitutional and public interest lawyers of the last 50 years, Daniel Sheehan, has provided an extensive amount of historic information coming from firsthand experience and legal investigations on how elements of the “deep state” came to power. He names many key players, and many of the corporations involved. 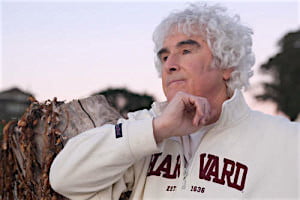 Daniel Sheehan has degrees from Harvard College and Harvard Law School. He played a central role in high level cases such as the Pentagon Papers, the Three Mile Island case, the Karen Silkwood case, and the Iran/Contra Affair.

Sheehan’s discourse begins with a description of the forces which took over corporate, military, and economic dictatorship at the end of the Robber Baron era in the late 1800’s. These same forces continued to wield absolute and unaccountable power decade by decade by establishing special status for corporations and protections for their board members. To name a few topics covered, he speaks about the power base within Brown Brothers Harriman which represented ultra-wealthy interests. He speaks of the individuals who financed the rise of Hitler, shaped the ideology and operations of the national security state, and the formal creation of the OSS and CIA which was supposed to counter the threat of communism, but whose operations went far beyond its initial purpose.

Sheehan explains how corporate interests got us into Viet Nam, drug trafficking of Operation Phoenix to finance off-the-books CIA operations, revelations from representing Danial Ellsberg in the Pentagon Papers case, the individuals from within our security state who committed high level assassinations, machinations within the Watergate scandal, and orchestrating coups in Iran and throughout South America. He describes the roles of the Bush patriarchs going back to Herbert Walker and Prescott Bush, the rise of the Dulles Brothers, and the rise and decades-long influence of Deputy CIA Director Ted Shackley who was translator for Nazi General and spymaster Reinhard Gehlen.

Sheehan describes an ongoing power base of Fascists who fled to areas of South America, basically alleging that our own CIA has operated as a continuation of the covert operators behind the Third Reich. Their ideology and objectives go a long way towards explaining the development of a transnational structure with consolidation of wealth and power that intends to wield “full spectrum dominance” with all manner of violent tactics.

Sheehan describes one of the biggest obstacles we have as a country, which is the inability to hold high powered criminals accountable to law. He explains how the judicial system was stacked with judges who would block legal actions that were needed to identify and expose the current players behind the major corporations dictating policies to expand their empire. He also shares his insight into the current presidential race and what a Clinton presidency will look like.

You can listen to all 4 parts using the links at the top of this page.