Prepare For Change
Home Disclosure Why vaccines, pesticides and chemtrails are the top three weapons of mass... 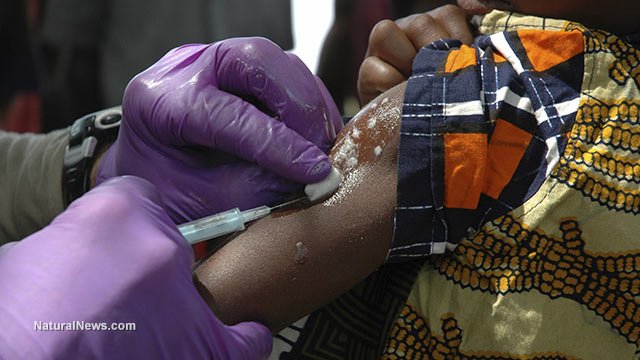 Before delving into these highly controversial subjects, it is paramount to review the proper definitions of each, as they inherently relate to the relevant understanding of how each applies to today’s “science,” politics, the environment, and of course, human health and safety.

First, a weapon of mass destruction, or “WMD,” is a chemical, nuclear, radiological or biological weapon that has the ability to kill and bring significant harm to a large number of humans, not to mention massive damage to human-made structures and the biosphere.

Pesticides are the only toxic substances released intentionally into our environment (on a regular basis) to kill living things. The term pesticide is an umbrella term that includes substances used to kill weeds (herbicides), insects (insecticides), fungus (fungicides) and rodents (rodenticides), among other agricultural “pests.”

Chemtrails are part of an ongoing mass aerial dispersal of biological waste and pesticides that initially look like normal contrails, but are easy to detect because they do not dissipate quickly since they are not formed from normal water-based condensation. Chemtrails are also much thicker than contrails, and often extend across the sky in patterns of Xs and tick-tack-toe-looking grids.

Vaccines are experimental injections of disease-causing agents intended to conjure an unnatural, hyper-immune reaction in humans in order to ameliorate the effects of future infections by “wild” pathogens. Yet, the effectiveness of inoculation theory and practice has never been proven successful; in fact, “deadened” or “weakened” forms of microbes and viruses often spring back to life inside the injected humans, spreading or “shedding” the very infectious disease the immunization is supposed to prevent. Even if the injected victim does not become immediately ill from the dormant virus, known carcinogenic agents and genetically modified organisms are now prominent in all vaccines, including flu shots, and can cause severe health detriment in the short- and long-term.

These agents, or “adjuvants,” often include mercury (listed as thimerosal), monosodium glutamate (MSG), formaldehyde (embalming fluid) and aluminum (known to cause Alzheimer’s disease). No vaccine has ever been proven safe for humans, despite “paid for” research published by the manufacturers. Current immunizations are proven to contribute to the spread of over 25 known infectious diseases, including polio and measles.

No other country in the world is more interested in the cessation of population expansion than the USA, especially when it comes to eugenics – the racial profiling and proliferation of non-whites, as the globalists and elite super-rich pretend to help minorities and the under-privileged with “food” and “medicine.”

In fact, U.S. law allows the testing of chemicals and biological agents on the civilian population. There is no conformed consent here, and there are no democratic voting procedures in place to protect human health, animal health or environmental welfare. Plus, many self-proclaimed philanthropists, like Bill Gates and George Soros, fund depopulation agendas by funding, promoting, and distributing GM (genetically modified) foods (cancer-causing, pesticide-laden food) and toxic vaccinations to unsuspecting populations.

Under the guise of help, entire populations of “undesirables” are being systematically wiped out by the very food and medicine they believe are helping them. Vaccines like DTAP and HPV are sterilizing many female teenagers. In fact, Kenya Catholic Doctors Association is charging UNICEF and WHO for sterilizing millions of girls at the beginning of their child-bearing age, under the guise of the “anti-tetanus” vaccination program that’s sponsored by the Kenyan government itself. Scientific evidence from independent laboratories revealed at least half a dozen samples of the tetanus vaccine tested from various locations around Kenya confirmed their worst fears, as they tested positive for the HCG antigen used in anti-fertility vaccines!

Right now, over a 10-square-mile area of Miami-Dade County, EPA- and CDC-approved mass chemical warfare on humans is in effect, with the excuse tied to the Zika virus hoax. The highly toxic insecticide “Naled” (pun may be intended) contains dibrom, known to cause birth defects in humans, even in low concentrations. So, in effect, a weapon of mass destruction is being used in the name of fighting mosquitoes, and the U.S. population is so dumbed-down from fluoridated water and pharmaceuticals, that they believe the government actually cares about them and is trying to help.