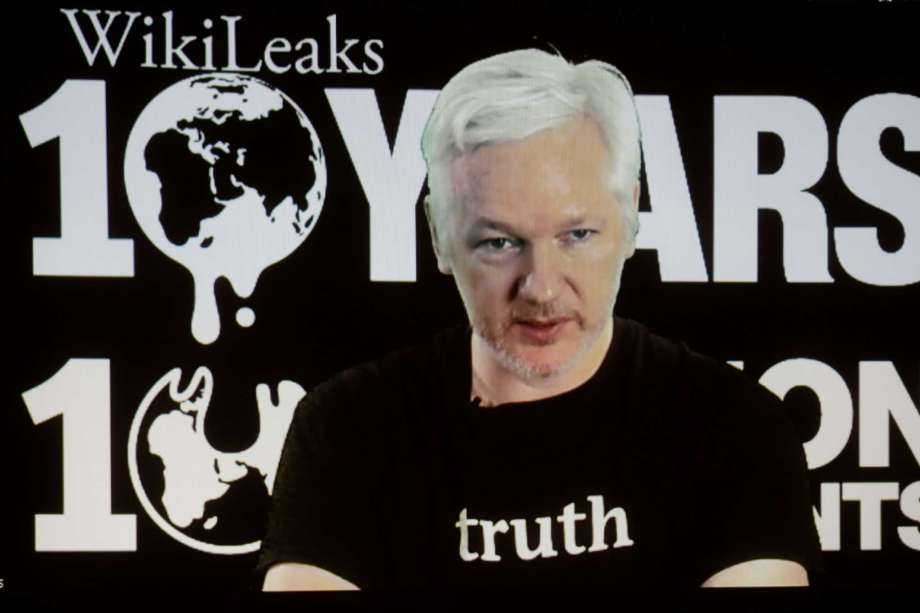 Assange: WikiLeaks will publish all US election docs by Nov. 8

To view the video go to this link here or at the bottom of this article:

WikiLeaks will release documents on the US presidential elections before November 8, the group’s founder, Julian Assange, said in an eagerly anticipated address via videolink at the Volksbuhne Theater in Berlin to mark WikiLeaks’ 10th anniversary.

WikiLeaks hopes to be publishing documents “every week for the next 10 weeks,” Assange said.

Assange also promised to publish about a million documents related to at least three governments before the end of 2016, saying that the organization is evolving and planning to expand its collaboration with media outlets beyond the 100 it is already working with.

Assange hinted at some changes in WikiLeaks’ funding and organization.

He also denied that any of WikiLeaks’ publications are aimed at damaging the image of US presidential candidate Hilary Clinton, saying that some of his statements in this regard had been misquoted.

According to Assange, the documents released or to be released by the organization “are revealing, but also the government/state reactions to the releases are revealing also.”

He called on his followers to join the newly-founded WikiLeaks Task Force in order to “help defend WikiLeaks against attacks.”

“There are a number of interesting revelations that will be coming out. We believe that our work is informing the public and ensuring that they can get access to this information so that they can understand the world around, including their leaders,” Sarah Harrison, a WikiLeaks editor and Assange’s adviser, told RT.

WikiLeaks is celebrating its 10th anniversary on Tuesday. The project, which aims to expose government and corporate secrets, has evolved from an obscure citizen journalism site to a global phenomenon headed by an embassy-harbored fugitive.

Among WikiLeaks’ releases have been documents detailing American military equipment deployed in Afghanistan and Iraq and operational procedures for dealing with terror suspects at the Guantanamo Bay detention facility.