Prepare For Change
Home Ascension The Convergence, The Unveiling, The Collapse of the Artificial Timeline and the... 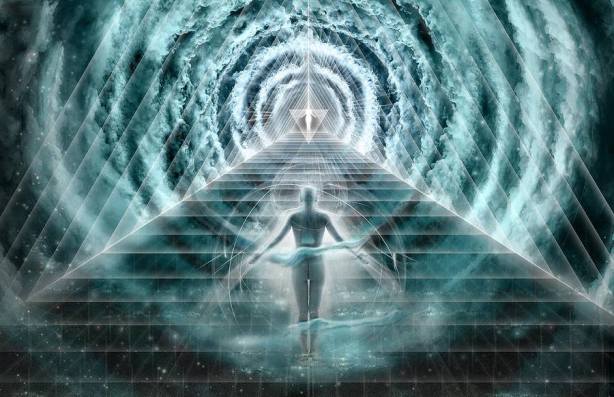 You are literally all times and spaces within you.

This is not hippie stuff, it is literally the stuff of advanced technology and operations.

It’s not that the differences are negateable or undoable, it’s that they are interchangeable.

I was guided to not go to deeply into this aspect of The Unveiling of the Hidden Knowledge because the truth about the corruption must come to light first and this is important.

Yes, there is much corruption and this will be handled through forgiveness.

This is because when people truly disconnect from that etheric, psycho-spiritual reactionary stance of feeding into the mental emotional entanglement system then that system falls flat and does not have the energy to continue the process for another cycle of spread the hate and reignite the spiritual enslavement system.

The cycle must be broken, the passing of the hate, the continuing of the fear and injury and refusal of healing.

The other point of this is that when people willfully and committedly refuse to participate in that system the only option to continue the deception and spiritual injury would be to overtly instigate such a ‘manual’ interjection of such action.

This would completely and finally expose the system, the charades, and all players within for what they really are.

As such, this would automatically breach the surface level non-interference agreement, essentially they would have to breach the agreement in order to continue the system.

As a result, the agreement would be open for all parties involved and ultimately the light-faction would be able to step in and participate in the surface level clearing of energies.

This is all an energy battle, it is of the mind. The character of humanity is being tested through these experiences and events.

The issues here are that the surface level population has already been inundated with fears as well as toxins that generate the effect of reducing the humans ease of transitioning into a higher-awareness. The fear programming is designed to confuse and obfuscate the events all around and all groups and individuals involved.

The toxins stop the energies from clarifying and along with the fear increase the likelihood of a continued reaction to the programming rather than the guidance of the self within.

The light faction is literally here to help humanity focus on the self within the immaterial self while the dark faction is attempting to increase the likelihood of lack of self-awareness to further their own agenda.

All sides are hidden and invisible until the exponential shift in both awareness or the ability to perceive the actual happenings of this world as well as the resistance and clearing efforts maximize to the point of not possibly being hidden any further.

That is the exponential shift and this all relies on which way the wavering human awareness tends to move. Ultimately, human self-awareness increases, that is the nature of the universe. Yet, delays have been in place.

Of course, this ties into the recent post regarding the swelling of the wave and the breaking of the wave front where these delays have become so tedious and numerous that they are beginning to add to the likelihood of the exposure of the self-awareness containment and resistance system.

Thus, all avenues point toward self-awareness as long as the tendency to respond to the unknown with fear is managed and transmuted from within through an active observer and experiencer aspect, IE: the immaterial self-awareness of the soul.

Along with these toxins and fear-based programming signals, a portion of the population has been adulterated to the point where they are no longer human consciousness. The full explanation is that they were never human consciousness and are essentially inserted into the timeline for this upcoming event to basically muddy the waters and increase the likelihood of fear based responses and lack of self-awareness.

We are to unify through our self-awareness and our efforts to increase the likelihood of the human race coming to higher self-awareness and generating the most possibility expanding pathway through these challenges which relies on our ability to acknowledge the higher-dimensional nature of the universe.

Basically, since these blocks or inserted aspects of the timeline rely on a superficial signal which only exists through an artificial technological process that decreases in proximity, power and likelihood with each further increasing of self-awareness, that once we become aware of what is actually happening these barriers literally begin to fade out of the perception of those in this timeline.

That is the merging of this timeline back to the original.

There are select groups that are capable of handling this task and they have been prepared accordingly.

The majority of the population will not know why this is happening, or what and then they will simply not remember the most intense parts of the shift but will wake up on a timeline or a reality where those perceptions were akin to holographic representations of the possibilities.

For those who are meant to perform this duty, they will fully know how they will be faced with the opportunity of fear and lack of self-awareness or giving away one’s power, or the opportunity to self-empowerment, transmuting fear into knowledge and higher awareness and that each successive frequency octave this is completed de-modulates the literal atomic structure of the beings, entities, waveforms, thought forms, artificial technology, synthetic intelligences, so on and so forth which have been covertly and will overtly permeating this timeline at the event of this convergence of possibilities, resistances, and increasing self-awareness.

Those who have been prepared know. Pass this information on to others you feel this belongs to or ask questions if you are interested in knowing more.