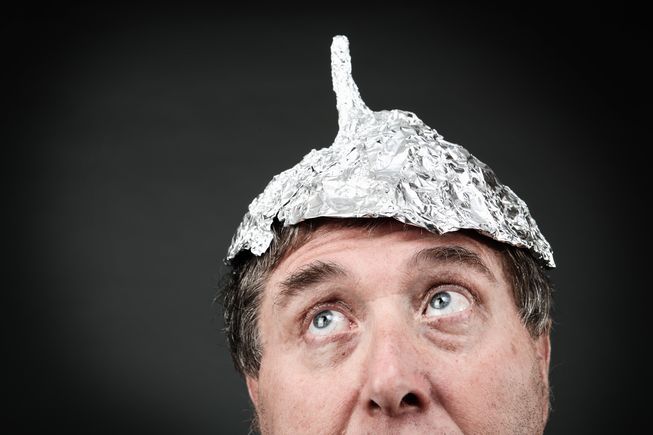 Woo-woo is all the strange people and stuff that is ‘officially denied’, ‘totally ignored’, ‘actually unknown’, and ‘so far out we have not even started to imagine it yet’.

For all of us in the woo-woo business, it feels odd to walk about on this planet, especially these days. It feels odd because for the first time in most of our lives as woo-woo people, we feel like the ‘straights’. That is, we are the ones feeling grounded, embraced, and connected to reality.

This is not our usual state of being.

For most of our woo-woo lives, we are the outsiders; the people so far beyond the fringe that we are mostly unable to make contact with the reality shared amongst humanity. We truly labor at the very disturbing edges of collective consensus reality. This has proven to be a dangerous place to work, especially over this last century. Many have been set drifting off into woo-woo by the forces of universe and personal karma never to surface again.

We are still laboring under harsh conditions in woo-woo, so we have not time to eulogize, merely note the passing and keep on with work.

Universe insists on this.

In passing, please note that from those of us beyond the acceptable fringe, we certainly do choose the woo-woo life at some point…that is, we make a personal commitment to a life of it. But note, most of us only come to this acceptance after years of struggle and hardship trying to reconcile to the collectively shared reality. Woo-woo is not the choice of those who have a choice, it is only chosen by those with no choice. Woo-woo guys will get that. All struggle, all pain is equal, even that which is denied by others has value to those who endure and grow from it. The point of this dissertation is not to laud our suffering, individually or collectively, but rather to focus on our new calling from universe.

Universe provides us all with exactly what is required in this life. At all levels, individually, and collectively, universe sets out the tasks, but also provides ALL the tools required for its successful completion. This includes us, all the woo-woo humans, created by universe at this point in time. If you are in woo-woo, you get this. We are here, now, because we are needed.

Universe is like that. It provides the challenging problem against which we may train our minds, and forge our wills, and reveal our character. It also provides all the woo-woo necessary to get the job done.

So here we are… we have to clean up after the last 150 years of subtle warfare and occupation. The global economy is screwed, every piece of the planet that can possibly be covered in debt is so covered. Every exploit has been tried, and they are all failing as the system itself is a mess built around lies so deep it takes a human years of work just to grasp the scope of it. Our world has been occupied by a banking system incapable of sustaining itself, but certainly capable of killing us all as it thrashes around in its dying. The banking system has eaten everything…politics, military, entertainment, education, health, and even the state of well being of the planet itself.

The ‘sleeple’ as they are called in the woo-woo world, the greater mass of humanity, is stirring, and no wonder. Now, as the ‘sleeple’ shift in their dreams, creating chaos with the planned strategies of the elites, the greater mass of humanity is waking precisely because things are so screwed up that the peaceful slumber is no longer possible. The various bodies of humanity are ill. The social body, the food body, the political body….all and more are suffering the dis-ease that has been too long in place, causing the bodies to rebel.

A healthy humanity capable of facing an uncertain future only is possible from a grounded view of reality.

All of the problems besetting our world now can be solved. Universe provides everything we need for each, every, and all the challenges it presents. The problem we all face as humans individually and collectively, is our perception of where we are, the challenge of the moment, and the selection of tools available for use.

Our immediate problems need only be understood at the appropriate level for a solution to present itself. Of course, easier said than done. As we know, the ‘straights’ have been unable to wrest out any solutions from their view of reality. We have tried all the failed approaches offered by banksters, lawyers, doctors, and professors. All have failed. Obviously, or we would not be facing the collective mass of banking, political, medical, environmental, military, and existential problems that we now face.

Those in woo-woo recognize that we are where we are precisely due to the path we took to get here. We know that the straights will never accept the woo-woo solutions offered by universe except under the most dire of circumstances where everything else has failed. A lot of this as to do with their view of reality, and some has to do with the relinquishing of presumed personal power over life that comes as one realizes that to swim, in water or woo-woo, one must let go the edge deliberately.

So we are there now.

Crises abound, conflict is escalating, climate is changing, banks will be failing, people will be starving, all forcing humans to turn against humans in their frustration at not seeing a path ahead.

We in woo-woo can see this progression. Enough of the sleeple have some sense of the developing course of events that they have turned over in their sleep and crushed the latest globalist agenda. That is how bad things really are.

The woo-woo world has seen this coming while working mightily to shift the path of the rolling boulder away from the village. All our years of work have not prevented us from being here now, but they have not been in vein either. Universe would train and harden its warriors for the battles ahead. It would scar us in big and small ways that we may take the next blow easier, recover faster, and reply harder. We have been scared, burned, beaten, and hammered by years of abuse from universe.

Universe will have woo-woo save the world.

We know how to engineer a sustainable reality.

The consensus reality is dying. Even the sleeple demonstrate that they know we need a new reality. The breakdown of the old is always a period of struggle and hardship, but without a vision of the reality ahead, it can be also a fatal time for a civilization.

New secrets to be revealed soon will prove this point.

Without a collective understanding of where we are going, we will not reach a goal. The collective vision of globalism shoved down our throats these last 100+ years is dying. As have the many other civilizations that have reached this same point of dysfunction here on this planet. They all died, ignoring their woo-woo of that day, and now we are continually tripping over all their ruins.

Universe does not make junk. That includes all the people in the woo-woo world. Universe created woo-woo precisely because it is needed. If you are in the woo-woo ‘business’, get ready, it is going to be a busy few years.

Yes, we really do know the elegant solutions to our collective problems. Just ask your neighborhood woo-woo human. Watch out, some of us do bite, but if you don’t kick at us, we will respond politely, and with practical solutions provided by universe that you have been unable to see until we point them out. Not your fault you can’t see them. Universe did not make you that way, and even for us in the business, it takes years of work, sometimes decades, to discern the woo-woo treasures within the pile of obscuring bullshit heaped there by the dying of old consensus realities.