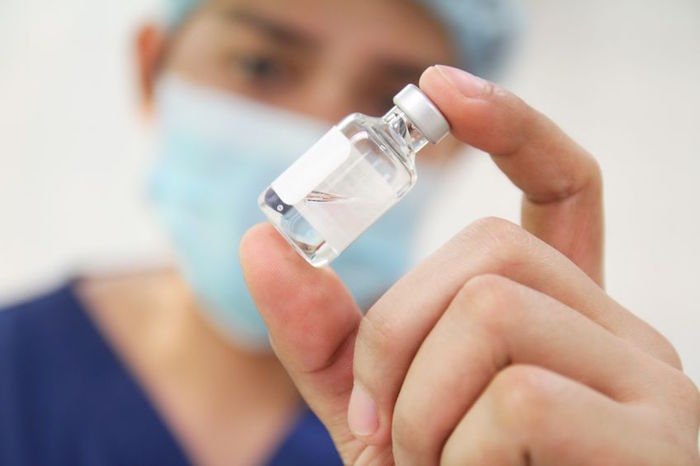 In many past articles, I’ve taken apart the so-called science of vaccines and shown how deceptive it is. Here I take another approach: examining the archetypes and symbols that surround vaccination and give it occult power.

Begun as a crude version of homeopathy (“treat like with like”), in which a mild injected version of a disease would supposedly protect against the actual disease, vaccination soon developed into a military outpost, with the commander ordering the appearance of his scouts: antibodies. “Line up men, now hunt!”

Today, as a revival of ancient symbology, vaccination is a conferred seal, a sign of moral righteousness. It’s a mark on the arm, signifying tribal inclusion. No tribe member is left out. Inclusion by vaccination protects against invisible spirits (viruses).

The notion of the tribe is enforced by dire predictions of pandemics: the spirits of other tribes (from previously unknown hot zones in jungles) are attacking the good tribe, our tribe.

Mothers, the keepers of the children, are given a way to celebrate their esteemed, symbolic, animal role as “lionesses”: confer the seal on their offspring through vaccination. Protect the future of the tribe. Speak out and defame and curse the mothers who don’t vaccinate their children. Excommunicate them from the tribe.

The ceremony of vaccination is a rite of passage for the child. He/she is now more than the offspring of the parents. The child is in the village. The child is property of the village. As the years pass, periodic booster shots reconfirm this status.

Some ancient rituals presented dangers. The child, on his way to becoming a man, would be sent out to live alone in the forest for a brief period and survive. Vaccination symbolizes this in a passive way: the injection of disease-viruses which might be harmful are transmuted into protective spirits in the body. The injection of toxic chemicals is a passageway into immunity. If a child is damaged in the process, the parents and the tribe consider it a tragic but acceptable risk, because on the whole the tribe and the village are protected against the evil spirits (viruses).

The psychological and occult and archetypal impact of vaccination is key: modern parents are given the opportunity to feel, on a subconscious level, a return to older times, when life was more bracing and immediate and vital. That is the mythology. Modern life, for basic consumers, has fewer dimensions—but vaccination awakens sleeping memories of an age when ritual and ceremony were essential to the future of the group. No one would defect from these moments. Refusal was unthinkable. Survival was All. The mandate was powerful. On a deep level, parents today can experience that power. It is satisfying.

The medicine man is permitted to say and do anything. He can tell lies if lies serve a noble purpose and effect greater strength of the tribe. He can manipulate language and truth and meaning. He can turn day into night. He can present paradox and contradiction. No one can question his pronouncements.

Loyalty to the medicine man is absolute. In this regard, a rebel is exiled or destroyed.

People living today in industrial and technological societies are relatively numb. Their options and choices seem confined to a range of products they can buy. They yearn for absolutes. They want a command that taps into the adrenaline-stimulating need for, and risk to, survival. The ritual of vaccination, along with the ever-present threat of illness and outbreak and pandemic, awakens that need and risk.

“We must go the medicine man for the ritual. He will put the seal of protection on us and our children. We must never question or challenge the medicine man. That is forbidden. He is proud and powerful and he could bring down curses on us.”

Then there are the shameful marks, which are to be avoided in every way possible. A child who shows the rashes and swellings of illnesses is highly suspect. Did he not participate in the protective ritual? Are his parents evil? Are they possessed? Should the child and his parents be shunned? Will the medicine man help them or lay an irreversible curse on them for defecting?

Subconsciously and archetypally, the “modern science of vaccination” is doctrine. It is alchemy. It is magic. Going against the magic is tantamount to trying to overturn the very basis of life in the tribe.

In the extreme view, rebels are carriers of evil spirits (viruses). They are infectors. They transmit evil spirits throughout the tribe and the village. They cause people to fall ill and die. Yes, the medicine man is doing all he can to protect his people (through vaccination), but this is war. Nothing is guaranteed. The evil spirits are arrayed against the medicine man. We must help him and bolster his power and advantage. We have our role to play. He is the hero. Cling to the hero. Praise him.

In the fullness of time, do whatever we can to increase his glory. He is engaged in an occult struggle on levels we cannot hope to fathom. On our behalf. In the tribe.

His many remedies (incomprehensible to us) are walking a fine line. Because of their power, they have risks (side effects). These risks are numerous. Every night in collective meetings (television ads), we are told of the numerous problems that could arise (ask your doctor if X is right for you). But the impact of hearing these warnings is extremely positive, because we feel the danger, and feeling the danger is what we need and want, because, again, we are in a war against the evil spirits—and the sensation of risk is preferable to feeling nothing. Give us more warnings, and let us experience a return to ancient days when we lived on the edge of extinction and knew the blood coursing through our veins was alive. For evidence-based research on vaccinations, visit the GreenMedInfo.com Research Dashboard.