Prepare For Change
Home Awakening Once Only Blacks Were Enslaved, Now We All Are 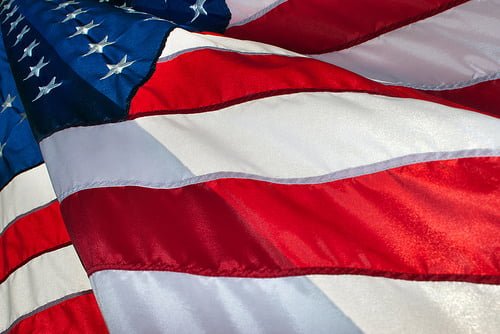 The 4th of July is upon us. We will hear all sorts of patriotic BS about how wonderful we are and how thankful we are to our brave military who defends our liberty.Not a word will be said about the destruction by the Bush and Obama regimes of the US Constitution, which once protected our liberty far better than any military action.

Not a word will be said about Washington’s 16 years of purely gratuitous war in the Middle East and North Africa that has destroyed in whole or part seven countries, sending millions of war refugees to overrun the Western World and change the quality of life for Western peoples.

Not a word will be said about Washington’s ongoing insane provocations of Russia and China and Iran and Syria and North Korea that are likely to end in nuclear Armageddon.

Speeches will celebrate “the exceptional, indispensable USA,” and fireworks will go off, preludes to the onrushing nuclear Armageddon.

While we listen to speeches of our wonderful fairy tale life, how lucky we are to be so beloved by our Great Democratic Government, the American Association of Retired Persons (AARP) has issued an all points bulletin urging its members to wake up and to urge their US Senators “to oppose the American Health Care Act passed by the House. This harmful bill gives billions of dollars to special interests while sticking ordinary Americans with huge premium hikes. It includes an age tax that would force older Americans to pay thousands of dollars more for their health insurance. it weakens Medicare and removes protections for people with pre-existing conditions. I urge you to represent my interests — not those of the drug and insurance companies.”

The last sentence astounded me. How is it possible that a lobby group for retired people can possibly believe that the House and Senate have any interest in serving the American people?

The House and Senate serve the people who have money, and those people are not the elderly. Thanks to the Federal Reserve, the elderly have not had any interest income on their savings for a decade.

Moreover, thanks to jobs offshoring, the middle class is shrinking, and grandparents are having to support out of their savings both children and grandchildren. Savings are being drawn down and used up. Retired Americans simply do not have the resources to compete in Washington with the pharmaceutical and insurance corporations who are determined to pillage the elderly.

In the USA money resides in the hands of the military/security complex, the Israel Lobby (US taxpayers give the money to them), Wall Street and the Banks Too Big To Fail, real estate and insurance, and environmental polluters such as energy, mining, electricity production, and agribusiness. No one else has any money. Therefore, these interest groups determine US domestic and foreign policy.

The policy of the US government is easy to sum up. It consists of driving the American population into the ground and fomenting war abroad. This is what serves the money interests that control the government.

Democracy does not exist in America. All the bombast you will hear on the 4th is designed to keep you locked in The Matrix.

The talk about “taking back your government” is nonsense. The government doesn’t belong to you. You can’t take it back.

Chris Hedges says that your only alternatives are to overthrow the criminal class in Washington or to accept your slavery.

Dr. Roberts was Assistant Secretary of the US Treasury for Economic Policy in the Reagan Administration. He was associate editor and columnist with the Wall Street Journal, columnist for Business Week and the Scripps Howard News Service. He is a contributing editor to Gerald Celente’s Trends Journal. http://www.paulcraigroberts.org/