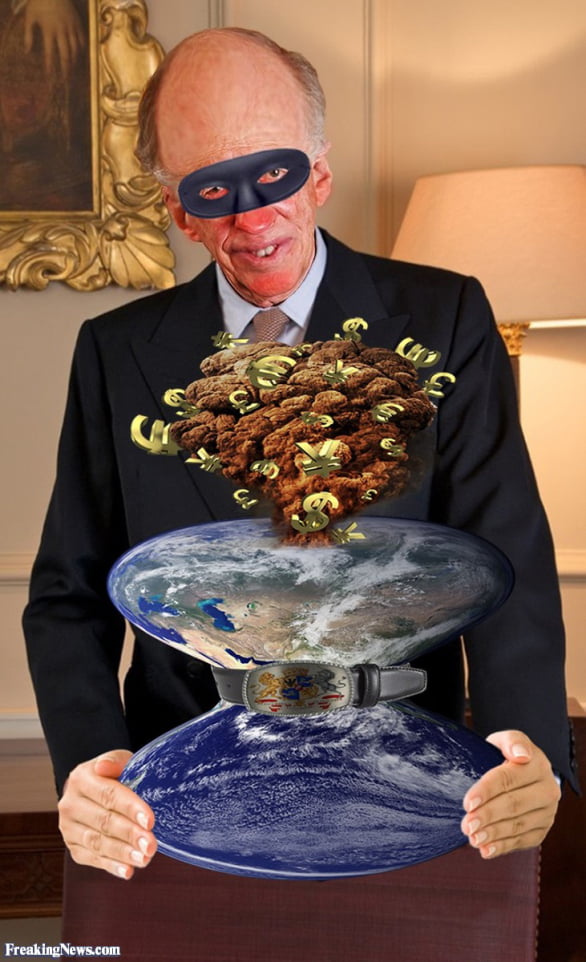 Jaco Rothschild ~ “The World Is Not Enough”

– started with a little noticed change in 1982 by the Securities and Exchange Commission (SEC) under President Ronald Reagan.

Then after Clinton pushed through congress a $1 million cap on CEO pay that could be deductible, CEO compensation consultants wanted much of CEO pay to reflect the price of the company’s stock. The stock buyback mania was unleashed.

Its core was not to benefit shareholders (other than perhaps hedge fund speculators) by improving the earnings per share ratio. Its real motivation was to increase CEO pay no matter how badly such burning out of shareholder dollars hurt the company, its workers and the overall pace of economic growth.

In a massive conflict of interest between greedy top corporate executives and their own company, CEO-driven stock buybacks extract capital from corporations instead of contributing capital for corporate needs, as the capitalist theory would dictate [Keynesianism theory was put into play].

Yes, due to the malicious, toady SEC “business judgement” rule, CEOs can take trillions of dollars away from productive pursuits without even having to ask the companies’ owners—the shareholders—for approval.

What could competent management have done with this treasure trove of shareholder money which came originally from consumer purchases?

They could have invested more in research and development, in productive plant and equipment, in raising worker pay (and thereby consumer demand), in shoring up shaky pension fund reserves, or increasing dividends to shareholders.

The leading expert on this subject—economics professor William Lazonick of the University of Massachusetts—wrote a widely read article in 2013 in the Harvard Business Review titled “Profits Without Prosperity” documenting the intricate ways CEOs use buybacks to escalate their pay up to  300 to 500 times (averaging over $10,000 an hour plus lavish benefits) the average pay of their workers. This compared to only 30 times the average pay gap in 1978. This has led to increasing inequality and stagnant middle class wages.

A study by Professor Robert Ayres and Executive Fellow Michael Olenick at INSEAD (September 2017) provided data about IBM, which since 2005 has spent $125 billion on buybacks while laying off large numbers of workers and investing only $69.9 billion in R&D. IBM is widely viewed as a declining company that has lost out to more nimble competitors in Silicon Valley.

The authors also cite General Electric, which in the same period spent $114.6 billion on its own stock only to see its stock price steadily decline in a bull market. In a review of 64 companies, including major retailers such as JC Penny and Macy’s, these firms spent more dollars in stock buybacks “than their businesses are currently worth in market value”!

On the other hand, Ayes and Olenick analyzed 269 companies that “repurchased stock valued at 2 percent or less of their current market value (including Facebook, Xcel Energy, Berkshire Hathaway and Amazon). They were strong market performers.

Banking Cabal’s Carnival Tent ~ Pump The Nation State Dry ~ When Done Pilfering, Pull Up The Stakes And Move Onto The Next Nation State.

The scholars concluded that “Buybacks are a way of disinvesting – we call it ‘committing corporate suicide’—in a way that rewards the “activists” (e.g. Hedge Funds) and executives, but hurts employees and pensioners.”

Presently, hordes of corporate lobbyists are descending on Washington to demand deregulation and tax cuts. Why, you ask them? In order to conserve corporate money for investing in economic growth, they assert. Really?! Why, then, are they turning around and wasting far more money on stock buybacks, which produce no tangible value? The answer is clear: uncontrolled executive greed!

Gee, Things Are Beginning To Look Up!

By now you may be asking, why don’t the corporate bosses simply give more dividends to shareholders instead of buybacks, since a steady high dividend yield usually protects the price of the shares? Because these executives have far more of their compensation package in manipulated stock options and incentive payments than they own in stock.

Walmart in recent years has bought back over $50 billion of its shares – a move benefitting the Walton family’s wealth – while saying it could not afford to increase the meagre pay for over one million of their workers in the US. Last year the company bought back $8.3 billion of their stock which could have given their hard-pressed employees, many of whom are on welfare, a several thousand dollar raise.

The corporate giants are also demanding that Congress allow the repatriation of about $2.5 trillion stashed abroad without paying more than 5% tax. They say the money would be used to grow the economy and create jobs.

Last time CEOs promised this result in 2004, Congress approved, and then was double-crossed. The companies spent the bulk on stock buybacks, their own pay raises and some dividend increases.

There are more shenanigans. With low interest rates that are deductible, companies actually borrow money to finance their stock buybacks.

If the stock market tanks, these companies will have a self-created debt load to handle. A former Citigroup executive, Richard Parsons, has expressed worry about a “massively manipulated” stock market which “scares the crap” out of him.

Banks that pay you near zero interest on your savings announced on June 28, 2017 the biggest single buyback in history – a $92.8 billion extraction.

Drug companies who say their sky-high drug prices are needed to fund R&D. But between 2006 and 2017, 18 drug company CEOs spent a combined staggering $516 billion on buybacks and dividends – more than their inflated claims of spending for R&D.

Mr. Olenick says “When managers can’t create value in the business other than buying their own stock, it seems like it’s time for a management change.”

Who’s going to do that? Shareholders stripped of inside power to control the company they own? No way. It will take Congressional hearings, a robust media focus, and the political clout of large pension and mutual funds to get the reforms under way.

When I asked Robert Monks, an author and longtime expert on corporate governance, about his reaction to CEOs heavy with stock buybacks, he replied that the management was either unimaginative, incompetent or avaricious – or all of these.

Essentially burning trillions of dollars for the hyper enrichment of a handful of radical corporate state supremacists wasn’t what classical capitalism was supposed to be about.

Its All About Keynesianism