Prepare For Change
Home Awakening The Goddess Feminine Warrior Energy Is on the Rise! Watch it Grow... 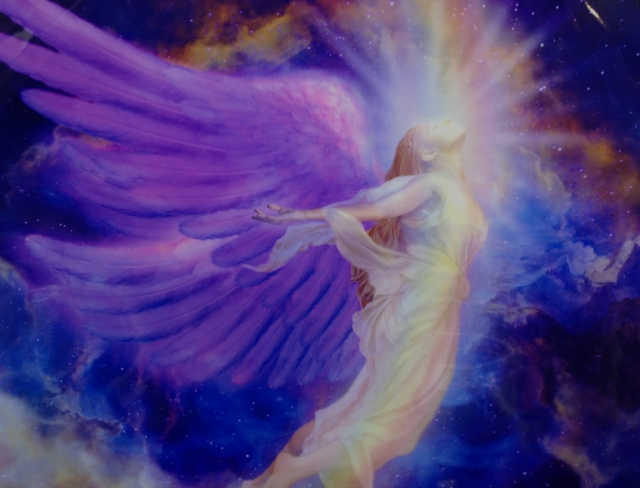 From my heart to yours –  Therese Zumi

As a direct result of actresses in Hollywood openly admitting that they were victims of Harvey Weinstein’s sexually abusive behaviours Sweden is now experiencing an avalanche of effects which grows by the hour. Thousands upon thousands of women are telling about their experiences of being sexually abused by men under the # Me Too! Many women are telling of experiences that they have never dared to share with anyone before.

This has so far, within only a few days resulted in 2 journalists being fired. One from a main newspaper and one from Sweden’s main official TV channel. Another well-known and liked TV personality has also been fired from another channel having been exposed as being derogatory to women using sexist comments and unwanted sexual invitations on several occasions. Not only has this person been fired but all his popular TV shows have been shut down immediately and planned recordings of new shows have been cancelled. Everyone is now talking about this and lively discussions are taking place in the media asking men to come forward now and discuss with men of every age how women should be treated starting at a very early age. This last week has focused on these types of male dominance and sexist behaviours in the area of media, TV, newspapers and so forth, this week it would seem that it’s time for this discussion in the sports world. In fact, it seems as if these discussions will now take place in every area of people’s lives. It will! Nothing can stop this now everyone has had ‘enough’.

Women are now finding their inner Goddess Warrior energy and are no longer willing to accept being treated as second class citizens and worse by men.

This will now escalate and grow all over Gaia to finally put a stop to the abominable, barbarian, maltreatment of women everywhere. It will reach countries where to this very day genital mutilation of small girls is acceptable. Where prostitution of young women is a way for a family to survive economically. Where women’s rights are almost nonexistent such as in rich Saudi Arabia where women have just recently been allowed to drive a car.  This list could go on a mile and would still not cover everything going on regarding the derogatory behaviours towards women that exists everywhere. Finally, through this HW revelation the dominoes have truly started to fall and will continue until no stone is left unturned. Yes, our controllers have seen too it in a myriad of ways through the media, control of artists, religion etc. that everything to do with true love and caring between men and women was sullied and degraded and allowed to become normal, even acceptable.

We Need and Will Now Have TRUE Feminist Behavior

There have been many wonderful truly feminine warrior women using their divine feminine aspect to bring healing to many areas of Swedish life for a long time now. Recently before the Weinstein revelation two female stand-up comics were interviewed on morning tv about their desire to change stand-up comedy using comedy that does not in any way target any group in society. They want an end to the acceptance of sexist, homophobic, racist type of jokes that have been ‘acceptable’ by both men and women working in these areas.

However marvelous this news might be we cannot abide a growing feminist movement where men are on the outside and where they are targets. In the earlier days of the feminist movement there have been many women who have aggressively targeted men and this type of attitude cannot support the growth of true feminism on this planet. Women have also played their part in the use of patriarchal controlling dominant male energy. I know this through firsthand experience.

I grew up in a home completely dominated by a cynical mother using control, threats, and emotional blackmail. I lived in daily fear in this home my entire childhood and teen years. It has taken me most of 44-45 years to become free of this experience.

There are already many wonderful men who make claim to being feminists at least in this country. Here men and women share the care of young children to a greater extent than in other European countries. Many years ago, many women were raped by someone in a northern town resulting in women of all ages not daring to go out alone. The men in that town decided to go out and demonstrate in huge numbers to show the women in the town that they were greatly supported and that they too considered themselves feminists. This occurred about 7-8 years ago.

We now need to uphold and show clearly what true divine masculine energy is like. This goes without saying for both men and women. In using our divine masculine energy, we must be very clear that when speaking or writing our truth it must be done lovingly and respectfully and in this way, it is also more powerful. Yes, there may be moments when the divine masculine energy needs to be expressed in a stronger, more confronting statement. A true gentleman / woman can bring clarity to a discussion without oppressing or being derogatory to others. In fact, if we take a closer look at this we will each and every one of us see that we not only have experience of being the victims of negatively used male energy but in fact we too can surely find instances when we have also used our masculine divine creative energy to ‘get our way’.

There will be no use for this type of energy on Nova Gaia and that’s why these discussions are now taking place.

Here in Sweden we now have younger family fathers openly speaking in the media and pointing out that men should lead the way here about keeping an open dialogue with their sons and daughters from an early age, as to what is acceptable, respectful behavior towards girls and women.

It’s truly wonderful to see this and it’s only the beginning of what we will now see spreading worldwide – yet it’s all happening so fast. This is a sure sign that the forces of evil on every dimension are losing their hold on humanity. Truths are coming out at an enormous rate and this process will prepare the many for the full disclosure process that The Event will ignite.

You might enjoy reading the following article from 2012 when Jada Pinkett Smith spoke out on this matter;

Jada Pinkett-Smith: The War on Men through the Degradation of Woman

My own feminine warrior energy is no longer allowing / accepting any kind of derogatory comments on PFC or my blog. If someone wishes to criticize then they can do so with respect and constructive criticism. Any cynical, aggressive, negative comments will not be allowed, so take them somewhere else because here they will be deleted.

Here some advice on this subject from Divine Mother

PS: Divine Mother has clearly stated that as we move into Nova Gaia there will be a focus on the energy of the Divine Feminine. This focus will mean that there may well be a disproportionate amount of the divine feminine energy to begin with on Nova Gaia. This will be a necessity to counter balance the age old patriarchal rule that has existed for so long.