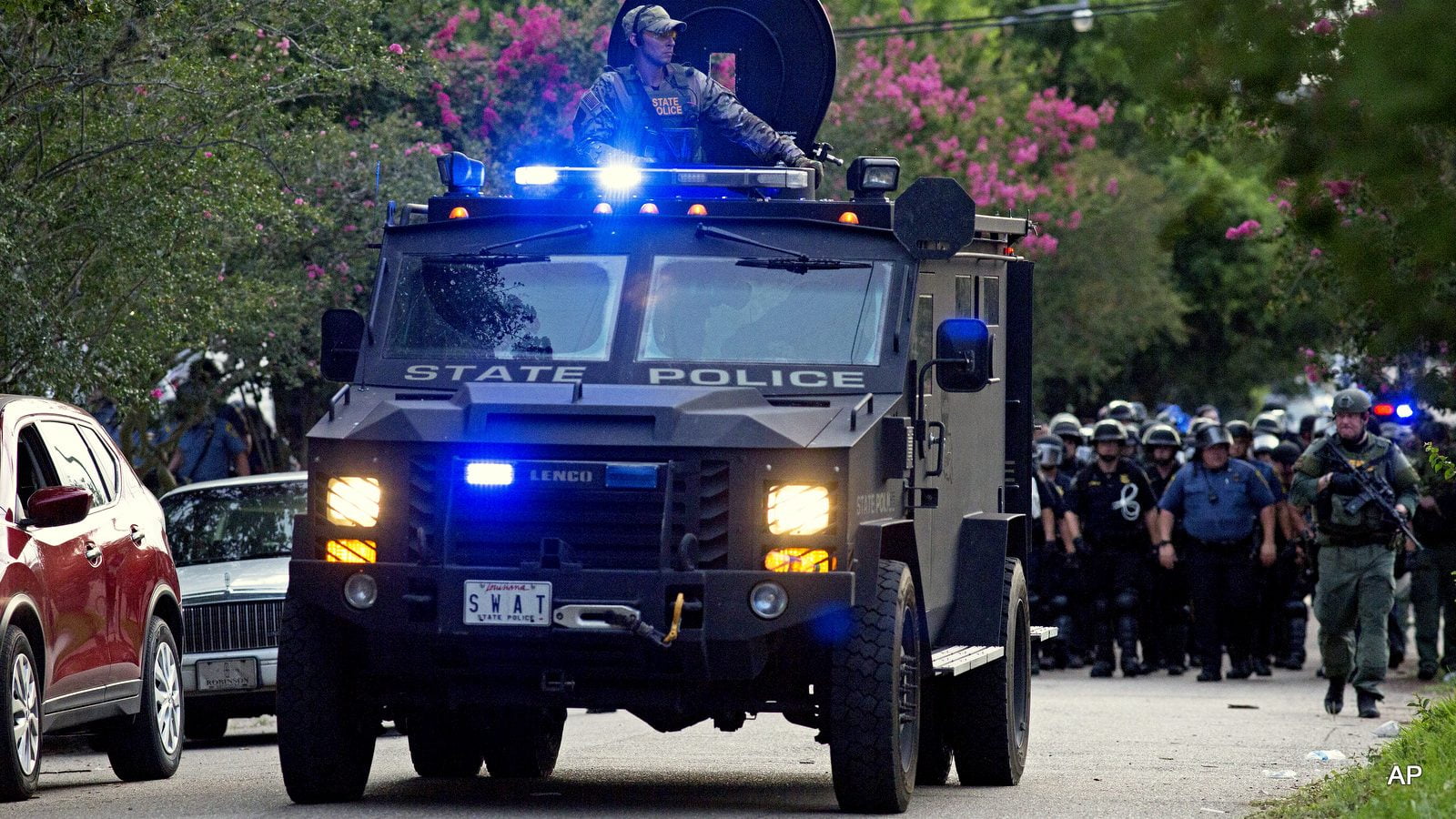 Israel is exporting its occupation tactics to the US, with Israeli military contractors opening subsidiaries across the country, promoting their surveillance technologies, walls, border monitoring equipment and violent tactics. 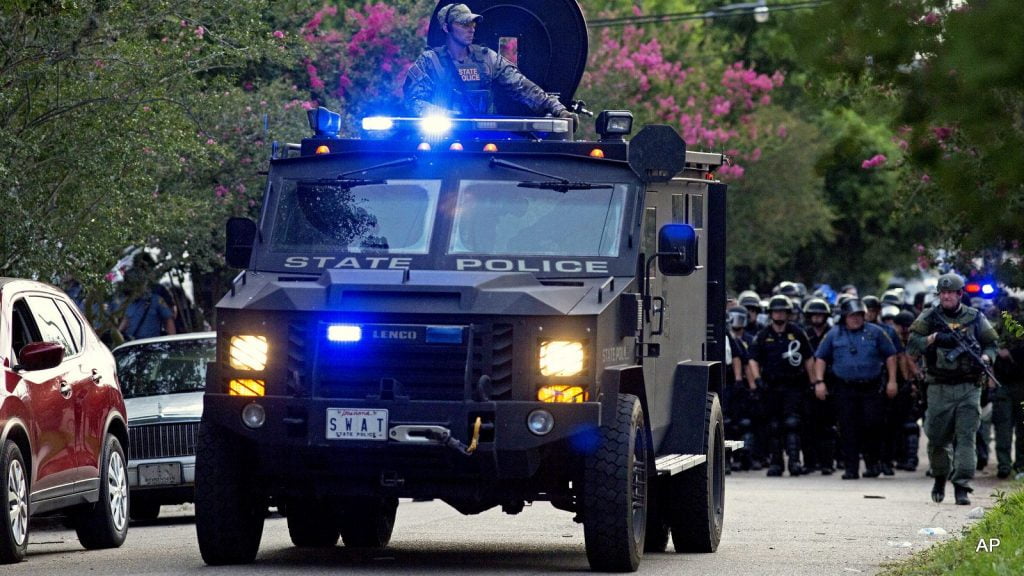 Israeli footprints are becoming more apparent in the US security apparatus. Such a fact does not bode well for ordinary Americans.

US Senate Bill S.720 should have been a wake-up call. The bill, drafted by the Israel lobby group, American Israel Public Affairs Committee (AIPAC), as part of its “2017 Lobbying Agenda” is set to punish any individual or company that boycotts Israel for its violation of Palestinian human rights.

The severe punishment could reach a million dollars in fines, and up to 20 years in jail. Although political boycott has been sanctioned by the US Supreme Court, Congress wants to make a boycott of Israel the exception, even if it means the subversion of US democracy.

Still, protests are largely muted. The mainstream US media is yet to take US lawmakers to task, as hundreds of those elected representatives have already endorsed the unacceptable initiative.

Criticising Israel is still a taboo in the US, where Congress is beholden to lobby pressures and kickbacks, and where the media’s script on the illegal Israeli military occupation of Palestine is even less critical than Israel’s own media.

However, the infiltration of the US government is not new. It is only becoming more emboldened due to the absence of enough critical voices that are capable of creating a semblance of balance or a serious debate on the issue.

For years, ordinary US citizens have been far-removed from the entire discussion on Israel and Palestine. The subject felt alien, marred by Hollywood propaganda, religious misconception and the lack of any understanding of history.

But in recent years, Israel has become an integral part of American life, even if most people do not spot the Israeli influence.

“In the aftermath of 9/11, Israel seized on its decades-long experience as an occupying force to brand itself as a world leader in counter-terrorism,” reported Alice Speri in the Intercept. The successful branding has earned Israeli security firms billions of dollars. The massive payouts are the result of the exploitation of American fear of terrorism while presenting Israel as a successful model of fighting terror.

In the last two decades, hundreds of top federal agents and thousands of police officers have, thus far, received training in Israel or through seminars and workshops organized on Israel’s behalf.

Groups like AIPAC, the Anti-Defamation League (ADL) and the Jewish Institute for National Security Affairs are, to various degrees, involved in turning the US police force into militarized units similar to the structure of the Israeli police.

As an occupying power, Israel has blurred the lines between the police and the army. In areas like occupied Palestinian East Jerusalem, both apparatus behave in a similar pattern. They “shoot to kill” as a result of the slightest provocation or suspicion. Sometimes, for no reason at all.

Alex Vitale, an author and a Brooklyn College professor of sociology, described the nature of the regular trips made by federal agents and police officers to Israel.

A lot of the policing that folks are observing and being talked to about on these trips is policing that happens in a non-democratic context.”

This “non-democratic context” involves the policing, humiliating and often outright murdering of occupied Palestinians. Instead of pressuring Israel to end its occupation of the Palestinians, the US government is bringing Israeli “expertise” to its own cities.

Indeed, the US military-like police phenomena has made local cops look more like “an occupying force” than individuals sworn to protect the public.

Israel is exporting its occupation tactics to the US, with Israeli military contractors opening subsidiaries across the country, promoting their surveillance technologies, walls, border monitoring equipment and violent tactics.

Americans should be worried, but most are oblivious to the disturbing pattern because the media rarely sheds a light on the growing Israeli military influence on American life.

An Israeli company, Elta North America, (a subsidiary of the Israel Aerospace Industry) was one of eight companies awarded a massive sum to produce a prototype for the wall that the US intends to build along the US-Mexico border.

The wall was one of the main pledges made by Trump during his campaign for the White House. Israel was the first country to rush in support of Trump’s divisive words.

Although his support of Trump angered Mexico and many Americans, Netanyahu knew of the lucrative investments in the years ahead only too well.

Indeed, US border security has been a major source of revenue for Israeli companies. A student wrapped in a Palestinian flag walks over Israel’s apartheid wall between the West Bank and Israel in Abu Dis during a protest Monday, Nov. 2, 2015. (AP/Mahmoud Illean)

One such generous contracts was the one granted by the Obama Administration to the Israeli company Elbit Systems. Valued at $145-million, the company provided surveillance equipment and built towers along the Arizona/Sonora US-Mexico border.

Elbit also cashed in handsomely from Boeing in 2006 for its part in the “DHS’ Strategic Border Initiative.”

Magal Security System, the Israeli firm that has helped the Israeli military in tightening the siege on Gaza, is actively involved in the burgeoning US security industry and was one of the first companies to pitch building the wall to cut off Mexico from the US.

Israel’s illegal tactics are now the model through which the US plans to police its cities, monitor its borders and define its relationship with its neighbors.

But the fact is that Israeli walls are not meant for defense, but rather to annex Palestinian and Arab land, while feeding its own national phobias of threats lurking all around.

While the US’ imprudent and violent response to September 11 , 2001 attacks has contributed to existing American fears of the rest of the world, Trump’s isolationist policies pave the perfect ground for further Israeli infiltration of American government and society.

The evidence of all of this can now be found in major US cities, its various borders and the surveillance system that has the potential to monitor every US citizen.

Top photo | An armored police truck leads a troop of police through a residential neighborhood in Baton Rouge, La. on Sunday, July 10, 2016.