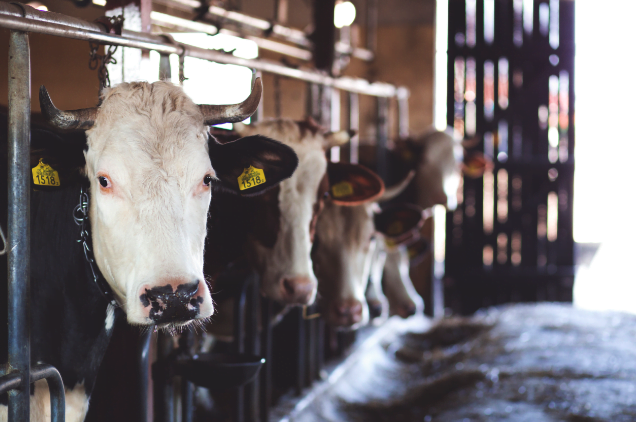 While most of us wouldn’t go out of our way to hurt another living creature, plenty of people don’t think twice about eating meat. Where their food came from and the destruction to animal habitats that is caused to sustain modern lifestyles never crosses many people’s minds. Even though many people would like to believe that animals don’t have feelings and aren’t affected by the way we treat them, science shows they do indeed experience emotions and have distinct personalities much like humans do.

It won’t come as much of a surprise that horses are very emotional, given their social nature. Any horse owner will tell you their horse has feelings, but it actually goes much further than that.

Researchers have found that one of the factors with the biggest influence on horses’ emotions is the way they are housed. Horses that were kept outdoors in fields had a lower tendency to be afraid of new objects than those who were kept individually in boxes. They found the animals are capable of experiencing both anxiety and fear.

Cows, too, have been shown to experience a broad range of emotions. In particular, they express fear and anxiety, and it’s something that can be measured by how much of their eye white can be seen. Their ears also provide clues to their emotional state, with relaxed ears indicating they feel alright.

When stressed – for example, after being branded –  cows are not as good at judging ambiguous stimuli. It stands to reason, then, that cows suffer greatly when they are kept in inhumane cattle farms. They can experience emotional contagion as well, with one study showing that they release the stress hormone cortisol and eat less when they’re under stress, such as when they see and hear their fellow cows being slaughtered or are separated from family members.

Goats seem to rank far behind horses in many people’s minds when it comes to the animal sentience scale. However, scientists have found that goats can become aroused emotionally when faced with certain test situations, and their reactions can be positive or negative. For example, the goats made different calls when they were frustrated or isolated from other members of their herd.

Fish are certainly not the first animals that come to mind when one thinks of emotions, but they do indeed display various personalities. In fact, their personality type can impact their odds of getting certain parasites or even affect their ability to move past barriers in streams when migrating.

The point is that animals of all types are capable of feeling pain and fear. When they are housed in tiny quarters and forced to live a miserable life within their confines, it affects them. When they are carted off to be slaughtered, they experience fear. When 20,000 “free range” hens have their beaks chopped off and are packed into a tiny shed so densely that they can’t see the floor or find the tiny exit that earned the farm that “free range” designation, they do indeed suffer.

It’s an ugly truth that many people don’t want to admit to themselves. After all, that hamburger tastes awfully good, and no one likes it when chicken or egg prices skyrocket. It’s so much easier to imagine that the animals we eat are inanimate objects and that our actions won’t affect them.

We don’t want to think of the fish on our plate as being anything like Dory, the sweet fictional fish who misses her parents in the movie Finding Nemo – yet fish do have feelings. We don’t want to imagine that the pork roast we’re about to carve has anything in common with Wilbur, the emotional pig from the book Charlotte’s Web – yet pigs do indeed experience emotions.

The animals we eat have more human-like qualities than many of us give them credit for, and they deserve far better treatment than most are getting right now. Follow more news on consciousness at Awakening.news.