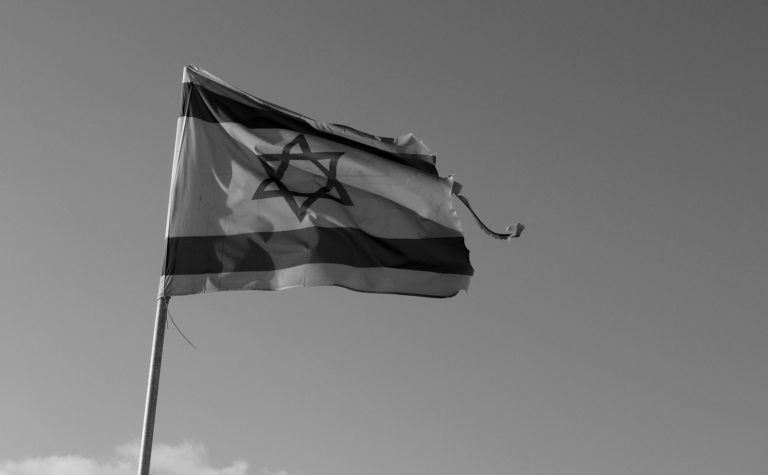 The scandal surrounding Priti Patel, who was forced to resign as Britain’s international aid minister last week after secret meetings with Israeli officials during a “family holiday”, offers a small, opaque window on the UK’s powerful Israel lobby.

Patel’s off-the-books meetings with 12 Israelis, including prime minister Benjamin Netanyahu, were organised by a British lobbyist in violation of government rules requiring careful documentation of official meetings. That is to prevent conflicts of interest and illicit lobbying by foreign powers.

Government protocol was flouted again when Patel headed to the Golan Heights, occupied Syrian territory, escorted by the Israeli army. There she was shown an Israeli military field hospital that patches up Syrians, including Al Qaeda-affiliated fighters, wounded in Syria’s civil war.

Afterwards, Patel pressed for the Israeli army, one of the most powerful in the world, to receive a chunk of Britain’s overseas aid. Meanwhile, she has sought to cut aid to the Palestinians, including to vital projects in Gaza. A clue as to how she reached such absurd “humanitarian” priorities is provided in the figure of Stuart Polak, mentor on her Israel “holiday”.

The honorary president of Conservative Friends of Israel, Lord Polak has recruited four-fifths of Conservative MPs, and almost every government minister, to a group whose explicit goal is to advance Israeli interests in Britain. The prime minister, Theresa May, is regarded as one of Israel’s most fervent supporters in Europe.

That should be a cause for public indignation – no other foreign state enjoys such unabashed, high-level political support.

Another window on Israel’s meddling opened briefly last week. The BBC’s political editor, Laura Kuenssberg, took to Twitter to relay a damning comment from an unnamed “senior” member of Patel’s party. In a clear reference to Israel, the source observed: “The entire apparatus has turned a blind eye to a corrupt relationship that allows a country to buy access”.

A short time later, presumably under pressure, Kuenssberg deleted the tweet. The BBC has not reported the comment elsewhere and the senior Conservative has not dared go public. Such, it seems, is the intimidating and corrupting influence of the lobby.

More than a decade ago, two leading American academics wrote a study of the Israel lobby’s role in the United States, Israel’s chief patron for half a century. It was a sign of the lobby’s influence that John Mearsheimer and Stephen Walt could not find a publisher at home. They had to turn to a British journal instead.

The Israel lobby’s strength in western capitals has depended precisely on its ability to remain out of view. Simply to talk about the lobby risks being accused of perpetuating anti-Semitic tropes of Jewish cabals.

But Mearsheimer and Walt described a type of pressure group familiar in the US – and increasingly in European capitals. Everyone from Cuba to health insurers and arms manufacturers operate aggressive lobbyists in Washington to secure their interests.

What is special about the Israel lobby in the US – an amalgam of hawkish Jewish leadership organisations and messianic Christian evangelicals – is the fear it exploits to silence critics. No one wants to be labelled an anti-Semite.

Rarely identified or held to account, the lobby has entrenched its power.

That is what Britain’s heir to the throne, Prince Charles, was talking about three decades ago – even if he misidentified it as a “Jewish” rather Israel lobby – in a forgotten letter found in the public archives and publicised at the weekend.

“Surely some US president has to have the courage to stand up and take on the Jewish lobby in the US? I must be naive, I suppose!” he wrote to a family friend in 1986.

Today, as recent events illustrate, the lobby is struggling to stay in the shadows. Social media and Palestinians with camera phones have exposed a global audience to systematic abuses by the Israeli army the western media largely ignored. For the first time, Israel supporters sound evasive and dissembling.

Meanwhile, Netanyahu’s strident efforts in the US Congress through 2014 and 2015 to prevent a nuclear accord with Iran dragged the lobby even farther into the light.

The Israel lobby’s dirty tricks in the UK were exposed earlier this year too. An Al Jazeera TV documentary showed Conservative party officials colluding with the Israeli embassy to “take down” Alan Duncan, a foreign office minister who supports the Palestinian cause.

It is noteworthy that Ms Patel’s downfall came about because of social media. Israeli officials like police minister Gilad Erdan were so unused to scrutiny or accountability themselves that they happily tweeted photos with Patel. Erdan is a key player in the lobby, running a “smear unit” to target overseas critics of Israel.

We may never know why Patel so grossly flouted ministerial rules or what she quietly promised in those meetings in Israel. Colleagues have hinted that, in a pattern familiar from US politics, she hoped to win over the lobby and its wealthy donors for a future leadership bid.

There is no way to know, given the lobby’s penchant for secrecy, whether Patel simply proved less adept at treading a path marked out by former Conservative and Labour party leadership hopefuls. But it is also possible that the lobby is discovering changes to the political and cultural environment are making its work much harder.

There is growing hysteria about foreign interference in US and European politics. Is it not time for western states to show as much concern about the malign influence of Israel’s lobbyists as they do about Russian hackers?

A version of this article first appeared in the National, Abu Dhabi.