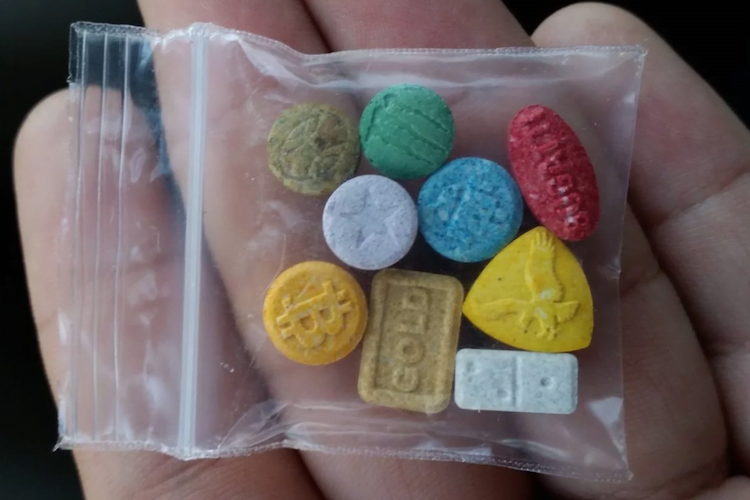 In a bid to assist addicts, rather than lock users in cages, Norway’s parliament voted last week to decriminalize all drugs — citing Portugal and its general success lowering addiction and incarceration rates, getting those who need it into treatment, and drastically reducing crime and other issues related to the illegality of substances for personal use — thus, becoming the first Scandinavian nation to do so.

Four major political parties campaigned in favor of the revolutionary shift in policy, and a majority vote in Storting, Norwegian parliament, brought to fruition their efforts to, as Nicolas Wilkinson, health spokesman for the Socialist Left (SV) party, explained, “stop punishing people who struggle, but instead give them help and treatment.”

“It is important to emphasise that we do not legalise cannabis and other drugs, but we decriminalise,” Storting Health Committee Deputy Chairman Sveinung Stensland told national publication, VG.

“The change will take some time, but that means a changed vision: those who have a substance abuse problem should be treated as ill, and not as criminals with classical sanctions such as fines and imprisonment.”

The Independent reports the parties backing the measure included the Conservatives (Hoyre), Liberals (Venstre), the Labor Party (Ap), and the Socialist Left (SV) — with those voting in favor of full decriminalization directing the Norwegian government to reform its drug policies accordingly.

It wasn’t just the relative success in Portugal that motivated Norwegian politicians to act in addicts’ better interests, but Norway’s own timid experimentations with decriminalization.

Newsweek reports of the historic vote, “It’s a big next step for the Scandinavian country, which has been dancing around the possibility of decriminalization for several years. In 2006, it started to test a program that would sentence drug users to treatment programs, rather than jail, in the cities Bergen and Oslo. In early 2016, the country gave Norwegian courts the option to do this on a national level.”

“The goal is that more addicts will rid themselves of their drug dependency and fewer will return to crime,” Justice Minister Anders Anundsen, quoted by Newsweek, asserted at the time. “But if the terms of the programme are violated, the convicts must serve an ordinary prison term.”

In the broadest strokes, this mimicked what Portuguese officials initiated on July 1, 2001, with its groundbreaking — indeed, all but unheard of at the time — decision to offer compassion and effective patient care for addicts wanting treatment, while saying no to the U.S.-led and utterly failed planetary war on drugs.

Mic elaborated on Portugal’s policies in February 2015, “If someone is found in the possession of less than a 10-day supply of anything from marijuana to heroin, he or she is sent to a three-person Commission for the Dissuasion of Drug Addiction, typically made up of a lawyer, a doctor and a social worker. The commission recommends treatment or a minor fine; otherwise, the person is sent off without any penalty. A vast majority of the time, there is no penalty.”

With nonviolent drug offenders cramped into overcrowded prisons, decriminalization frees space for violent criminals and others most traditionally given lengthy prison terms, while clearing overstuffed court dockets and freeing resources needed in other areas of law enforcement.

Portugal had experienced the worst of opioid crises and the highest proportion of drug-related AIDS deaths in the European Union prior to mass decriminalization, notes the Independent — which notes the nation now ranks second lowest in the same for all drug-related deaths.

Further, as journalist Glenn Greenwald, who authored an oft-cited Cato Institute white paper, Drug Decriminalization in Portugal: Lessons for Creating Fair and Successful Drug Policies, published in April 2009, reiterated for Newsweek two years ago, “none of the nightmare scenarios touted by preenactment decriminalization opponents — from rampant increases in drug usage among the young to the transformation of Lisbon into a haven for ‘drug tourists’ — has occurred.”

Portugal, the Netherlands, Uruguay, and a smattering of locations and cultures around the world — and, now, Norway — have opted for the common sense and proven efficacious treatment of addicts as patients in medical need, instead of wholly useless punishment and incarceration.

Although a smattering of articles in the international press reporting on decriminalization in Norway included ‘several U.S. states’ among those having loosened drug laws, it must be noted the legalization and decriminalization measures in various states — and, almost exclusively pertaining to cannabis, only — come weighted with governmental red tape and sticky fingers in the form of questionable taxation codes, restrictions, and more. And the United States remains gripped in the dark vortex of a spiraling opioid crisis — a situation mirroring that of Portugal years ago.

In September, economist and professor, Jeffrey Miron, of Harvard University and the Cato Institute, opined for Fortune the probable benefits should America choose to examine the crisis sans the goggles of decades of anti-drug propaganda, asking, “Could Legalizing All Drugs Solve America’s Opioid Crisis?”

Miron concludes, appropriately, “Around the world, liberal drug policies have had great success in reducing the harms from drug addiction, such as HIV and overdoses. Faced with a raging opioid crisis, the U.S. would be wise to model its own drug policy after countries that have undergone similar experiences.”

Claire Bernish began writing as an independent, investigative journalist in 2015, with works published and republished around the world. Not one to hold back, Claire’s particular areas of interest include U.S. foreign policy, analysis of international affairs, and everything pertaining to transparency and thwarting censorship. To keep up with the latest uncensored news, follow her on Facebook or Twitter: @Subversive_Pen.