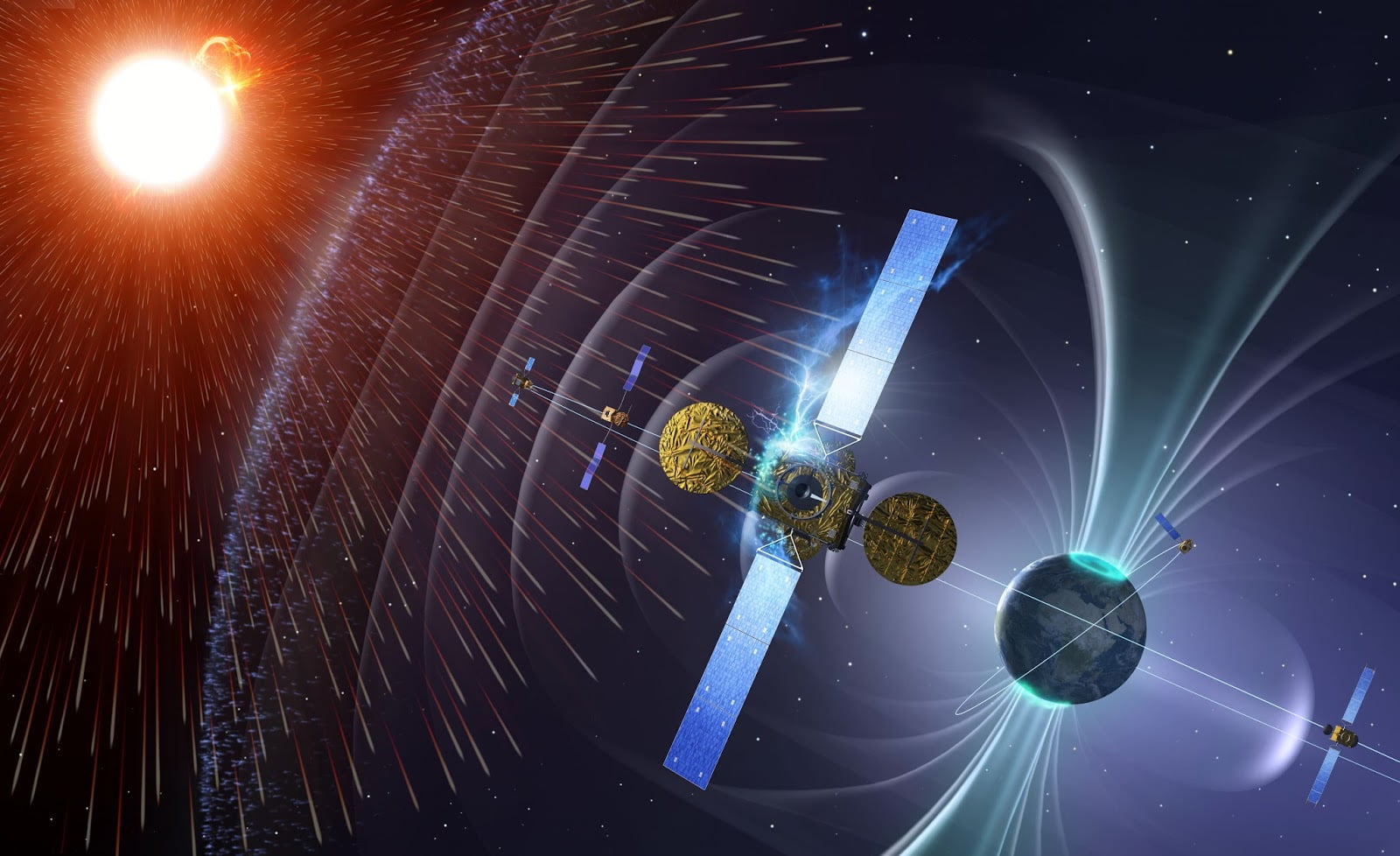 Solar energy and cosmic radiation have electrical influences over a multitude of human activities including human health. Mainstream science has begun to accept these effects, and to investigate the topic in a serious way, but the science itself is by no means ‘new’.

The paper examined the cyclical variations in the sunspot number of the Solar Cycle in order to create a mass index of human excitability throughout history. 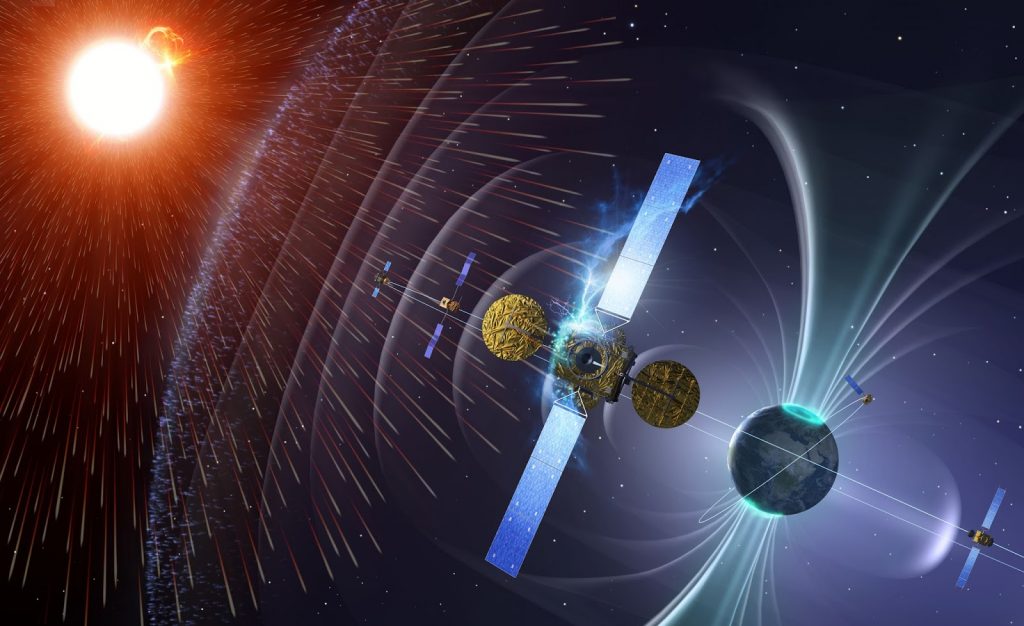 It was in this paper that Tchijevsky wrote:

The Sun is an enormous generator of electric energy and emits it in the form of radiation and induction.

Tchijevsky and other observers at this time noticed that during the period of maximum solar activity, all of the Sun’s phenomena would acquire tremendous size and strength, and that, “The Sun ejects streams of anode and cathode rays which ionize the Earth’s atmosphere (Birke, Arrhenius, Nordmann, Paulsen, Villards) and create certain effects.”

Based on previous research, Tchijevsky postulated that:

The influence of the Sun on the human organism results in chemical changes in the pigment of the skin, in the chaining of the heart-beat, in the alterations in the chemical composition of the blood and the latter results in changes in the general condition of the organism and its nervous tonicity (Lenkei, Behring, Hasselback, Nogler, Aimes, Rollier, Revillet, Marques, d’Oelsnitz, Robin, Moleshott, Loeb, I. Newton, Professor Bechtereff, Lombroso).

Given that the varying amount of the Sun’s energy received by the different climatic zones has such a great influence on humanity, Tchijevsky posed the question: do the periodical changes of the Sun’s activity resulting in the amount of the emitted innumerable streams of electrical particles and electromagnetic waves also have an influence upon humanity?

It wasn’t until 1942 that Soviet leader Joseph Stalin became aware of this paper and Tchijevsky’s research.

Tchijevsky was subsequently asked to retract his ideas and writings on the influence of Solar Cycles on human behaviour, “which contradicted Soviet theories of the reasons for the Russian revolutions of 1905 and 1917. He refused, was arrested and spent eight years in a forced labour gulag in the Ural mountains.”2

Nonetheless, his ideas were central to the budding field of Space Weather research. In a paper from 2007, “Solar Activity, revolutions and cultural prime in the history of mankind,” Prof. Miroslav Mikulecký’s research is in agreement with Tchijevsky’s hypothesis that “revolutions culminated near to solar maxima while cultural flourishing usually distinctly near to solar minima. This conclusion is based on the level of statistical significance alpha=0.05” (Mikulecký, 2007).3

When we talk about ‘Space Weather’ we’re discussing the conditions on the Sun and in the solar wind, which contains charged plasma that is emanating away from the Solar surface and stretching all the way out past Pluto.

In this space, charged ions are all flowing along electromagnetic currents, tethers that are connecting each planet to the Sun. Known as the Interplanetary Magnetic Field, this dynamo of sphere magnets (planets) revolving around one central, powerful sphere magnet (the Sun) makes up the protective shell of our Solar System known as the Heliosphere.

The Earth has its own protective interface from the various effects of Space Weather, called the Magnetosphere.

According to the European Space Agency, there are concerns the “force that protects our planet is weakening and may even be on the verge of reversing polarity. Over the last 150 years, the magnetic field has lost about 15% of its strength.”4

But that’s not all. This decline in Magnetospheric strength on Earth has also been accompanied by a weakening in Solar Magnetics,5 as a Sunspot Grand Minima is quite possibly knocking at our door.

Recent research into the modes of Solar Activity have revealed there is, on average, a 400 year Sunspot Grand Minima Cycle,6 with the last one occurring about 400 years ago during what’s commonly referred to as the Maunder Minimum:

Whether or not a Global Warming or a Global Cooling scenario will play-out is still very much ‘up in the air’ (see our article ‘Global Warming or Global Cooling?’ in New Dawn 144), and the proposed, often exaggerated claims of warming proponents attempt to ignore the natural factors and cyclical variations that are taking place, untamed by any of the anthropogenic ‘climate forcing’ factors.

The 11-year Solar Cycle and 22-year Magnetic Cycle will continue to unfold, unhindered, into the foreseeable future; this periodicity was first discovered by H. von Schwabe in 1851.

The Heliosphere and Magnetosphere both protect the Earth from the harsh effects of Galactic Cosmic Rays, which are high-speed energetic particles capable of stripping away the Earth’s Ozone and atmosphere. Cosmic Rays are thought to induce cloud formation in the lower atmosphere8 and charge-up lightning strikes, thereby impacting regional temperatures.

A coronal mass ejection (CME) is a massive burst of solar wind and magnetic fields rising above the Sun’s corona or being released into space. A danger arises when these are directed towards Earth, and the term geoeffectiveness is used when determining a CME’s ability to generate geomagnetic storms on Earth.

An important aspect of geoeffective CMEs is how large of a Forbush decrease (drop in galactic cosmic radiation) they produce. In the 2005 NASA article ‘Who’s Afraid of a Solar Flare?’, Dr. Tony Phillips wrote that

Magnetic fields deflect charged particles, so when a CME sweeps past Earth, it also sweeps away many of the electrically-charged cosmic rays that would otherwise strike our planet. This is the ‘Forbush decrease’.9

Large CMEs that become geoeffective often spark geomagnetic storms, which are marked by the appearance of the Aurora Borealis throughout the Auroral Ovals, which circle both of Earth’s polar regions and expand towards the equator during intense magnetic storms.

A geomagnetic storm induced blackout was the case in 1989, after a large Earth-directed solar flare occurred on Friday, 10 March, which reached the Earth on Monday, 13 March 1989.

The most significant damage occurred to Canada’s Hydro-Québec power utility grid, which crashed “when safety systems sensed a power overload caused by the currents pulsing through the ground.”10

These ‘ground induced currents’ knocked out electricity for nine hours to as many as six million people in northeastern Canada. We know for a fact that extreme geomagnetic storms can induce ground currents that will affect all of sorts of sensitive electronics.

Effects on the Human Body

There are a wide variety of effects that Space Weather exerts on the electricity of the brain, heart and central nervous system inside of our own bodies.

This is important given that, according to NASA, at any moment “2,000 thunderstorms roll over Earth, producing some 50 flashes of lightning every second. Each lightning burst creates electromagnetic waves that begin to circle around Earth captured between Earth’s surface and a boundary about 60 miles up…”12 and lightning is associated with local emission of photons.

The Schumann Resonances are easily detectable on any planet on which lightning takes place, and so far the SR signals have been detected on Venus, Mars, Titan, Jupiter and Saturn.

In the paper “Schumann Resonance Frequencies Found Within Quantitative Electroencephalographic Activity: Implications for Earth-Brain Interactions,” Dr. Michael Persinger discusses the “bulk velocity of action potentials within the cerebral cortices, the approximate standing wave or resonance for a 60 cm circumference skull would be ~7.5 Hz.

This bulk velocity would require ~20 to 25 milliseconds to traverse the cerebral length and is equivalent to about 40 to 45 Hz” (Persinger 2014).13 This 40 to 45 Hz band is the classic frequency associated with ‘consciousness’, as well as other complex biological functions.

It is apparent that disruptions in the Schumann Resonances via external factors, such as natural variations in Space Weather intensity, can have a profound impact on the physiological and psychological health of an organism.

The brain is a “massive source of extremely-low-frequency (ELF) signals that get transmitted throughout the body via the nervous system, which is sensitive to magnetic fields. Brainwaves and natural biorhythms can be affected by external factors” (Babayev & Allahverdiyeva 2007).14

Dr. Cherry had collected and conducted research showing that the effects to human health via solar and geomagnetic activity (S-GMA) are biophysically possible through changes in Schumann Resonance intensity. The effects include,

Melatonin is a potent anti-oxidant with receptors in every major organ, and it is released from the pineal gland when the natural boundary of light is missing.16 Melatonin production peaks at night, around 4 am when the temperature is at its lowest and the melatonin level is at its highest.

The variable changes in Space Weather and solar wind parameters lead to perturbations in the environmental electromagnetic fields, certain frequencies of which can “significantly alter the cellular calcium ion fluxes and Electromagnetic Radiation (EMR) waves in brain tissue” (Cherry 2001).17

The collected evidence reveals that the effects can go from environmental ULF/ELF signals to directly altering our cellular calcium ion homeostasis, which is capable of altering primate and human EEG waves, thereby affecting cell-to-cell communication and impacting reaction times.

On the other hand, in the scientific paper “Geomagnetic Storms Can Trigger Stroke,” the authors purpose was to present evidence for the impact of geomagnetic activity on stroke occurrence, which has been “limited and controversial.”

They conclude that, “Geomagnetic storms are associated with increased risk of stroke and should be considered along with other established risk factors” (Feigin et al. 2014).18 Perhaps it is the balance, the middle ground, which is most prevalent compared to high Solar Activity and CRA, which are short-term events and less prevalent than active conditions.

Babayev and Allahverdiyeva’s findings indicate, “there were an indisposition, weakness and presence of indistinct localised headaches during the days with severe Geomagnetic Storms in experiment participants.”

They concluded that “geomagnetic disturbances affect mainly the emotional and vegetative sphere of human beings… changes in geomagnetic conditions mostly affect the activity of the regulating systems of the right hemisphere and the ability to adapt to changes in a physical environment.”

There have been numerous papers that explore even more connections between human health and energy from space. Infant mortality, suicide, traffic accidents, crime rates, and numerous other significant events and human conditions have been statistically matched with fluxes in solar and cosmic energy.

Although this field of study is by no means new, it is just now becoming accepted, understood, and investigated in a serious manner.

If you appreciate this article, please consider a digital subscription to New Dawn.