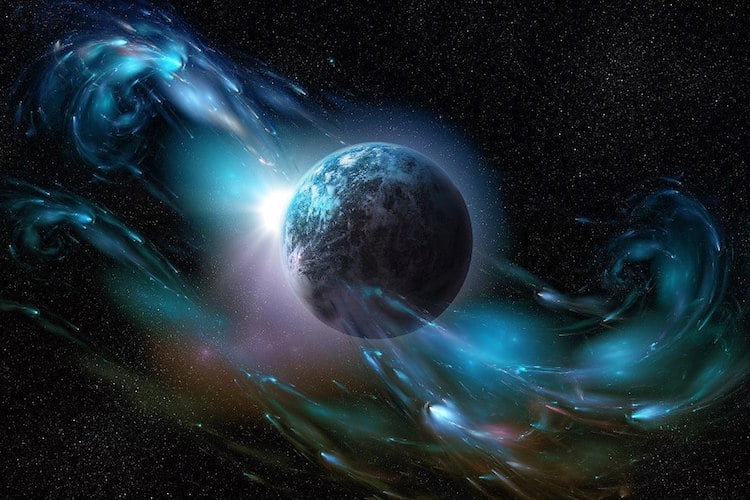 The rollout of 5G is happening now, in spite of many legitimate concerns about public safety, and in spite of the fact that former FCC Chairman turned corporate lobbyist, Tom Wheeler is more concerned with making money than our health.

According to Wheeler, the rollout of 5G will require an enormous increase in the number of cell towers, all pumping electromagnetic frequencies (EMF) far higher than 4G into our environment.

“To make this work, the 5G buildout is going to be very infrastructure intensive, requiring massive deployment of small cells.” ~Tom Wheeler

Experts and industry leaders will tell you there is nothing to be afraid of, yet similar to the rollout of psychotropic medications, like antidepressants and ADHD meds, these products are simply too new for us to have any understanding of the long-term effects.

Furthermore, 5G is just one new component in the electromagnetic assault on planet earth. And while we have plenty of evidence proving electromagnetic radiation is indeed harmful to human health (cell phones cause cancer, sleep disruption, attention disorders, and behavioral problems), we know very little about what the saturation of planet earth with EMF is doing to the health of the environment.

Additionally, the earth is being inundated with a range of other technologies which alter the natural frequency signature of the planet. WiFi, smart meters, the internet of things, scalar technologies, extra low frequencies (ELF), ionospheric enhancement (ie. HAARP), directed energy weapons, geoengineering programs including atmospheric spraying, a flood of GPS satellites, and the space fence are all to be included in the list of technologies adding layers of EMF disruption.

In the presence of many unusual and foreboding events in the natural world, such as massive tree die-offs, changing weather patterns, intensified storms and geologic events, and strange cloud formations, it’s worth asking what effects the deployment of EMF is having on the planet, and whose interests are being served in all of this.

“Unknown to most, it became exceedingly clear by approximately 2025 that governments had in fact reengineered [geoengineered] Earth’s atmosphere, its oceans and the planet’s electromagnetic grid to facilitate the use of scalar and sonic technology in such a way as was harmful and in some cases detrimental globally.” ~Timeline Collapse & Universal Ascension, E.M. Nicolay & H.L. Jang

Humans are beings of frequency, as are all creatures and plants on this planet. A planet which itself is a living organism, deriving energy from the sun, the galactic core, and from the greater universe for sustenance. The earth has a resonant frequency, known as the Schumann Resonance, and you only need to look back a few generations to see a time when life on earth was more harmoniously in balance.

Considering the potential long-term consequences of bathing the planet in EMF’s and disrupting the natural frequency signatures of life, one has to wonder what damage we are causing. The scale of the EMF assault is so massive and global that the results may end up looking more like a terraforming project, forever changing the makeup of the earth by disrupting life at every level.

Terraforming is, “the hypothetical process of deliberately modifying its [a planet’s] atmosphere, temperature, surface topography or ecology to be similar to the environment of Earth to make it habitable by Earth-like life.” [Source]

In our case, this would imply that earth is being prepared for occupation by some form of non-human consciousness.

Making the connection between the disruption of earth’s natural frequencies and a potential greater program of altering human consciousness while destroying planet earth, Mr. Electro Magnetics explains the link between galactic frequencies and the rapid transformation of life on earth.

The physical body of the human soul group is a unique DNA-RNA combination designed to resonate with the specific energy in its environment – in particular with our Sun and the other planets in our Solar System — and especially with the Earth’s energy grids.

Energy that is emitted from the central Galactic Core is supported by the numerous resonant cavities that are stretching, extending from the Galactic Core, which is sending its energies to our galaxy, the core of the Milky Way, through our Sun, onto Earth’s magnetosphere, and into our planet’s energy grid to be absorbed by the beings that inhabit Earth.

The energies that are coming from the central Galactic Core represent the entire spectrum of frequencies — as it is said “from D.C. to daylight.” This vast spectrum will not be usable equally to all forms of life, to all beings unless the specific energy matches the beings’ resonant frequency. There must be some downshift in frequency, or in the terms of electromagnetics, attenuation and or frequency shift. The intensity of the entire spectrum of frequency waveforms is simply too great for all to absorb. These energies must be transformed or reduced by a series of transformations step-by-step, so that the frequency waveforms are usable by the end-user. Thus all beings have their unique filtering systems.

As an example, when we want to drink water and we foolishly attempt to drink from Niagra Falls or a massive swiftly flowing river — in order to drink from such a large volume of water, one must reduce the flow (or the energy) in a series of downward steps. Just as we cannot easily drink from a large source of rushing water, our bodies cannot absorb the great intensity of the full spectrum of frequencies coming from the Galactic Core. These energies must be attenuated, restrained, transformed and reduced by a series of conversions.

By such transformations the intensity of energies can be reduced and adjusted. The energy emitted from the Galactic Core has the element of intensity, as well as the spectrum of frequencies. The energies in the Galactic Core must be reduced in intensity of form in order to be harmoniously received and usable by the Human Angelic Soul group. Without a reduction in intensity, the body receiving such energy would fry and burn out like a toaster connected to an ultra high voltage source.

The central Galactic Core will naturally contain the entire spectrum of frequencies in this universe. The frequency aspect of the energies coming from the our Milky Way Galactic Core also must contain the entire spectrum. Yet only certain frequencies are suitable for human life forms. Other lifeforms, such as various extraterrestrial races, must have compatible energies for their own best use. Every life form requires energy in a specific harmonic relationship. Because our planet Earth contains an iron core, we respond best to frequencies of a multiple of 60 cycles (approximately). The Earth’s Schumann frequencies are approximately 7.5 cycles, 15 cycles, 30 cycles, and 60 cycles — and multiples thereof.

Considering the ongoing efforts of the Draco Reptilians and the Zeta Reticuli Greys to terraform and alter our planet earth, we may assume that our natural resonance with a 60 cycle frequency is not compatible with these alien races who are invading. It seems logical that they are attempting to change Earth’s frequencies to make it more compatible to their body’s requirements. Perhaps they are transforming our planet to be more compatible with their bodies, their blood. They are in effect ‘downshifting’ the resonant frequencies that have assured our survival, our living requirements — into their energy needs.

The success of the alteration, ‘metalization’, and weaponization of our Earth’s atmosphere is intended to permit the invading aliens to incarnate in their hybrids in mass — and push the Human Angelic Soul group off our Home planet. Fortunately our Mother Earth is not designed to accept such a permanent alteration and terraforming. The aliens ultimately will not succeed. According to E.M. Nicolay, our planet will be returned to be supporting its rightfully designated Soul group.”  Mr. ElectroMagnetics

The theory that other world beings are contributing to the alteration of the natural spectrum of electromagnetic frequencies goes well above and beyond anything that modern science is taking on. Many operating in the spiritual and metaphysical realms, however, have long warned of the presence of other-world beings operating from frequency ranges outside that of human perception.

Electromagnetic interference with the resonant frequencies of earth and human beings is no theory, it just remains to be seen what the end game is and who is in a position to benefit from this type of pollution.

“Reaching a level of consciousness and vibrational frequency that is appropriate, and in Resonance with the higher layers of God Consciousness — which are indeed endless — is also the key to Enlightenment. No one, nothing, no space fence frequency prison, not Draco or Zeta technology, their poisoning of the atmosphere, land, water, and our bodies with toxic-to-life metals, aluminum, barium, lithium, etc.— nothing can keep you from reaching the God-within you and the One that you are.

The higher frequencies are more powerful than the tyrannical energies that seek to delude you and bind you in their illusions.” ~V. Susan Ferguson

Buck Rogers is the earth-bound incarnation of that familiar part of our timeless cosmic selves, the rebel within. He is a surfer of ideals and meditates often on the promise of happiness in a world battered by the angry seas of human thoughtlessness. He is a staff writer for WakingTimes.com.