Prepare For Change
Home Awakening Why Cleaning Sprays Are As Damaging to Lungs as 20 Cigarettes a... 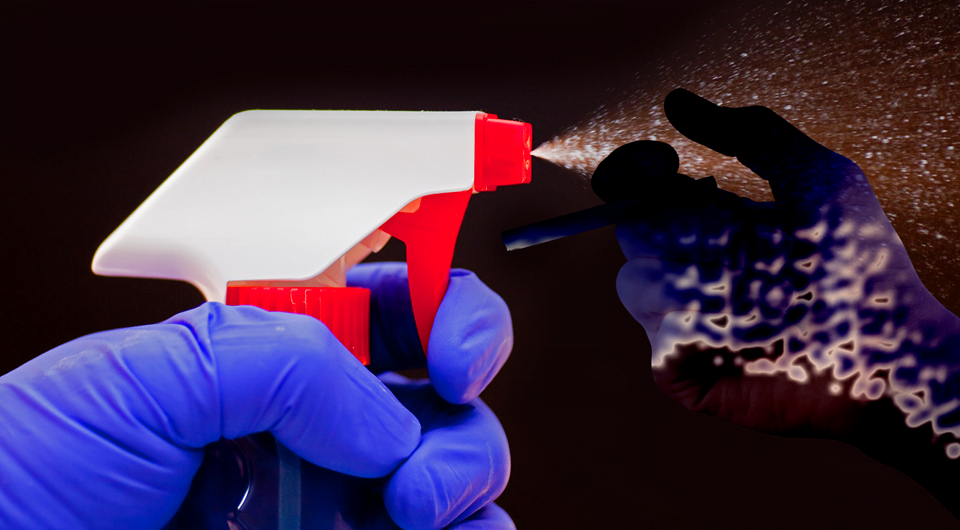 Recently, a study performed in Norway discovered that the use of everyday cleaning sprays can be as damaging to a woman’s lungs as smoking 20 cigarettes a day. The report claims that lung capacity plummeted 4.3mls a year quicker in women who cleaned at home and 7.1mls quicker annually if they worked cleaning. Asthma was predictably more prevalent in this demographic as well. Men did not do as badly for some reason.

It was published in the Thoracic Society’s American Journal of Respiratory and Critical Care Medicine. Professor Dr. Cecile Svanes of the University of Bergan noted “Cleaning chemicals very likely cause rather substantial damage to your lungs.”

The study was conducted over the course of two decades. Over a 20 year period, 6,000 people were followed, and the research claims that women in specific suffer significant health damage from using many of these cleaning products. No specific products or chemicals were mentioned.

According to the Independent:

“Lung function decline in women working as cleaners or regularly using cleaning products at home was comparable to smoking 20 cigarettes a day over 10 to 20 years.

The scientists who carried out the study advised that such products should be avoided and can normally be replaced with simple microfibre cloths and water.”

“While the short-term effects of cleaning chemicals on asthma are becoming increasingly well documented, we lack knowledge of the long-term impact,” senior author of the study Cecile Svanes continued.

“We feared that such chemicals, by steadily causing a little damage to the airways day after day, year after year, might accelerate the rate of lung function decline that occurs with age.”

The measurement of lung function was carried out through testing the volume of air that participants could forcibly breathe out. The data from this breathing test was compared to the answers from a questionnaire filled out by the participants of the study, to determine their cleaning activities.

The researchers discovered that the amount of air breathed out in the test was substantially less in women tasked with regular cleaning.

For some reason, the men they studied were missing the harmful effects. Perhaps the chemicals in certain cleaning sprays affect women worse because they are endocrine disruptors for females in particular?

Why do cleaning products damage the lungs? The reason anyone would expect: the chemicals irritate the sensitive mucous membranes that line the lungs, and over time lasting damage and even “remodeling” of the airways occurs. Everything is toxic, if it’s a chemical solution purchased to clean something: and all of it should be avoided or used with caution.

“When you think of inhaling small particles from cleaning agents that are meant for cleaning the floor and not your lungs, maybe it is not so surprising after all,” doctoral student leading the study Øistein Svanes said.

“The take home message of this study is that in the long run cleaning chemicals very likely cause rather substantial damage to your lungs,”  Øistein continued. “These chemicals are usually unnecessary; microfibre cloths and water are more than enough for most purposes.”

There is a natural alternative for just about everything synthetic and chemical. Instead of taking gut bacteria killing antibiotics for example, some prefer to take the natural antibiotic oregano oil, which does much less damage to the gut biome. Natural ways to clean the house exist as well.