Prepare For Change
Home Awakening Who Says Vaccines Are Safe? Not When They Shed The Very Diseases... 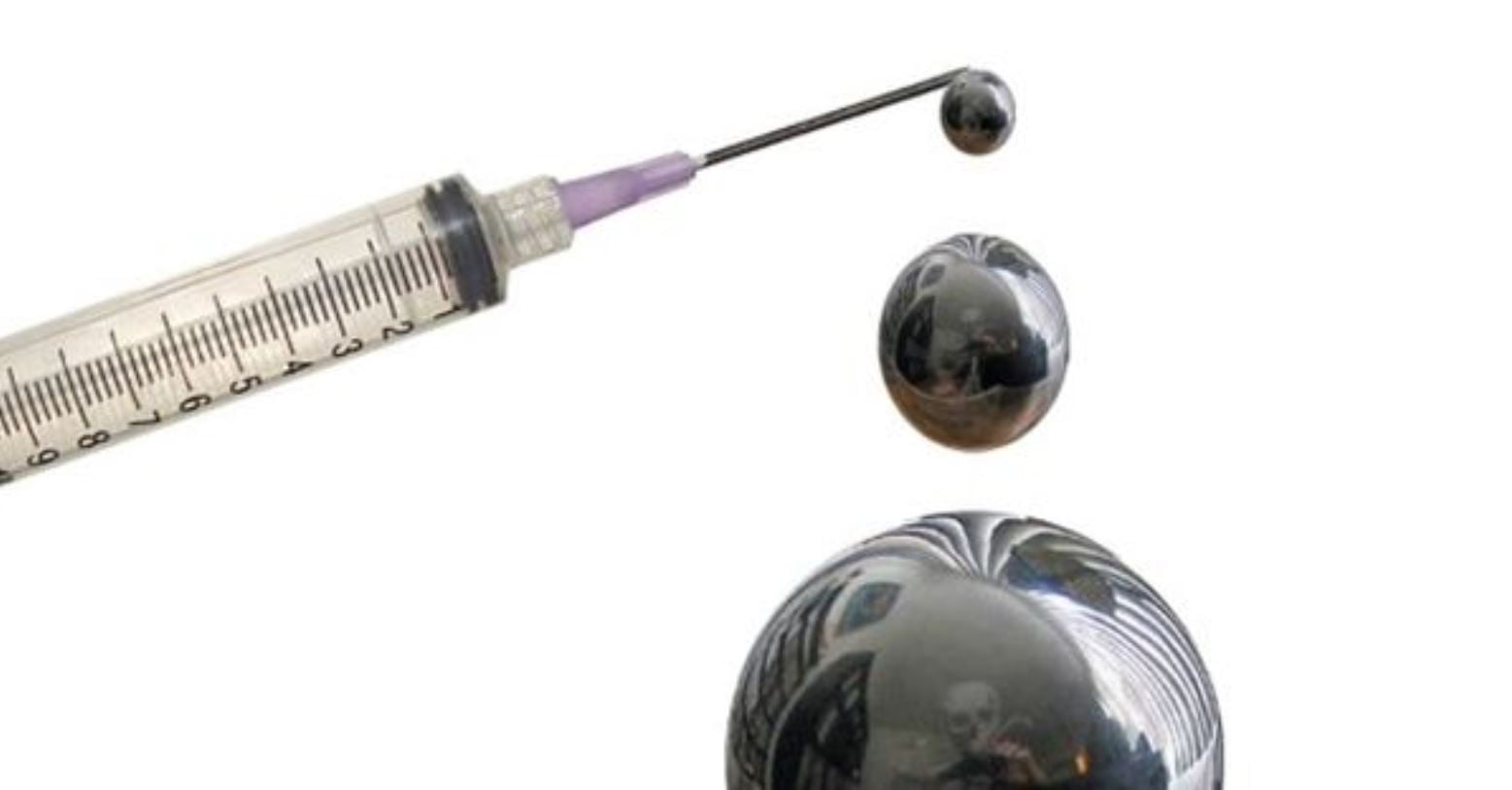 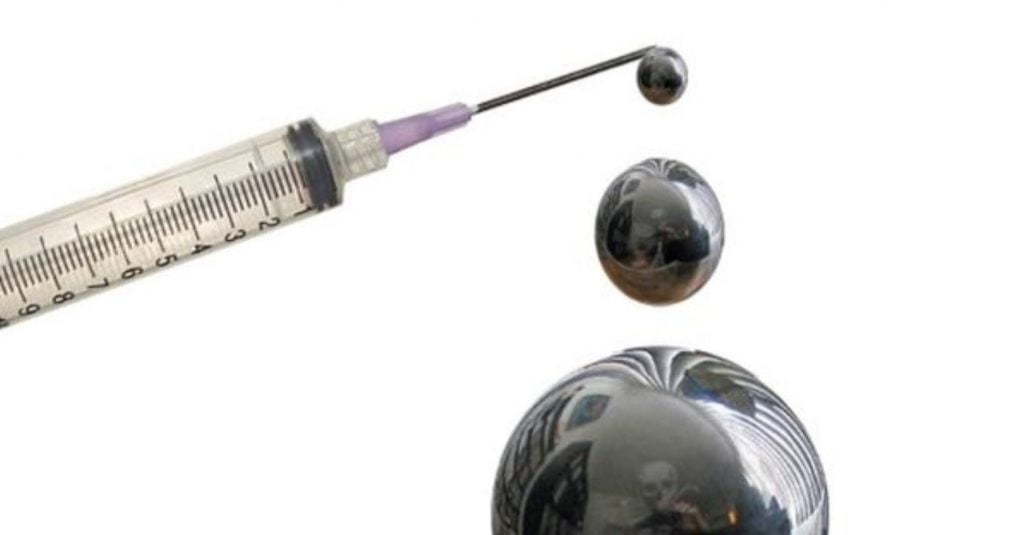 There’s nothing like the past, which to learn from, for the future.

The New York Daily News reported on March 21, 2009 a vaccine story that should have had the vaccine industry, health officials, consumers, and parents especially, concerned.

Dominick Tenuto, of Staten Island, New York, contracted paralytic polio from changing his baby daughter’s diapers after she had been vaccinated with the Lederle Laboratories vaccine Orimune!

The process by which that unfortunate adverse health incident occurred is known as, and called, “shedding.”

Scientific evidence demonstrates that individuals vaccinated with live virus vaccines such as MMR (measles, mumps and rubella), rotavirus, chicken pox, shingles and influenza can shed the virus for many weeks or months afterwards and infect the vaccinated and unvaccinated alike.

What is shedding a virus?

Viral shedding refers to the expulsion and release of virus progeny following successful reproduction during a host-cell infection. Once replication has been completed and the host cell is exhausted of all resources in making viral progeny, the viruses may begin to leave the cell by several methods.

Mr. Tenuto told the New York Daily News, “It was a long legal fight and we finally prevailed.” Guess what the jury awarded? $22.5 MILLION! Now, can you see why vaccines had to become “liability-proof” for the pharmaceutical and vaccine industry? Vaccine damages are true crimes against humanity with “get out of jail free” cards provided to the vaccine industry courtesy of the U.S. Congress!

Furthermore, according to the NY Daily News,

The jury determined that the Orimune vaccine his daughter, Diana, received was “unreasonably dangerous” and that drugmaker Lederle Laboratories was “100% liable” for his injuries. The jury also found that the company failed to warn doctors of the vaccine’s potential risks. Tenuto and his lawyers successfully argued that the oral vaccine, which contained a live virus, passed through the baby’s system and infected him. Tenuto, who uses a wheelchair, lost his job and sued two years after contracting Polio. [CJF emphasis]

Folks, that’s the way it should be—a vaccine and pharmaceutical company must be legally and financially liable and responsible for health damages caused by their products; it’s called product liability insurance, which they should own as part of the cost of doing business.

However, the apparently stupid and compromised U.S. Congress was highly lobbied in 1985-86 and probably paid a lot of gratuities to get that really outrageous law

National Childhood Vaccine Injury Act (NCVIA) of 1986 (42 U.S.C. §§ 300aa-1 to 300aa-34) was signed into law by President Ronald Reagan as part of a larger health bill on Nov 14, 1986, in the United States, to reduce the potential financial liability of vaccine makers due to vaccine injury claims.

Ever since, vaccine makers have gone ‘hog wild’ in creating all sorts of vaccines, which originally were supposed to be to prevent communicable diseases. Now they are for all sorts of health issues. Take a look at the schedule of vaccines that is being pushed upon infants, toddlers, teens, adults and senior citizens. It’s outrageous and should be considered medical malpractice!

Here’s the CDC schedule for infants to 18 years of age.

By the mid-1980s, there were seven vaccines routinely given to children: DTP; measles, mumps, rubella (MMR); and polio (smallpox was discontinued in the early 1970s). DTP and MMR were given in two shots, and polio vaccine was given by mouth.

Currently, there’s a very real and truly sad pandemic of Autism, as apparent from the following statistics:

And no one is doing anything to stop it! Why? The primary problem probably can be found in vaccines neurotoxins. However, just keep creating, mandating and delivering toxic vaccines—or so it seems—into perpetuity?

Please don’t let anyone try to convince you that Autism is a “genetic thing.” There is nothing in the medical literature documenting the prevalence of ASD until vaccines took off like greased lightning. If ASD truly were a genetic predisposition—actually it may be an epigenetic [1] occurrence due to neurotoxic chemicals and heavy metals used in vaccines—the medical literature would have been replete with references to a syndrome like it, even if they didn’t know how to identify it correctly back then. Such was the case of Dr. Leo Kanner, MD, a psychiatrist, who originally called it “Kanner Syndrome.”

In 1943, Kanner published his landmark paper, “Autistic Disturbances of Affective Contact,” describing 11 children who were highly intelligent but displayed “a powerful desire for aloneness” and “an obsessive insistence on persistent sameness.

Back in the 1940s, children were given the smallpox and DTP vaccines [2] only and at a much later age than during infancy—I remember getting mine and still have the evidentiary “scar” on my arm. That later delivery system apparently allowed kids’ immune systems to be more fully developed. Furthermore, back then, kids’ immune systems were not compromised by all the chemicals in food, water and air, etc., which entered into the milieu after World War II and at the behest of the Rockefeller Family’s financial interests in creating the pharmaceutical industry.

Regarding the smallpox vaccination scar,

One thing I’m almost certain I can vouch to say is that the vaccines given in the 1940s were ‘primitive’ enough that they did not contain any or all the neurotoxins, toxic heavy metals, aborted fetal cell lines, retroviruses, mycotoxins and probable genetically-modified nanoparticles vaccines contain today.

Dr. Judy Mikovitz, PhD, [4] and her boss at the National Cancer Institute in Maryland, Dr. Frank Ruscetti, were “whistleblowers” regarding retroviruses they were finding in vaccines, but when reported that scientific fact, both were told either to recant their mistakes or be terminated. Both chose termination.

Dr. Mikovitz’s book PLAGUE One Scientist’s Intrepid Search for the Truth about Human Retroviruses and Chronic Fatigue Syndrome, Autism, and Other Diseases, is highly, highly recommended!

Who says vaccines are safe?

An Ernest Hancock Vimeo Production: A Vaccine Cover-up Scandal You Will Not Believe
February 28, 2018 Discussion with Judy Mikovitz, PhD
https://vimeo.com/257935244