Prepare For Change
Home Awakening End Of The EU: Member States Are BREAKING Away From Deep State... 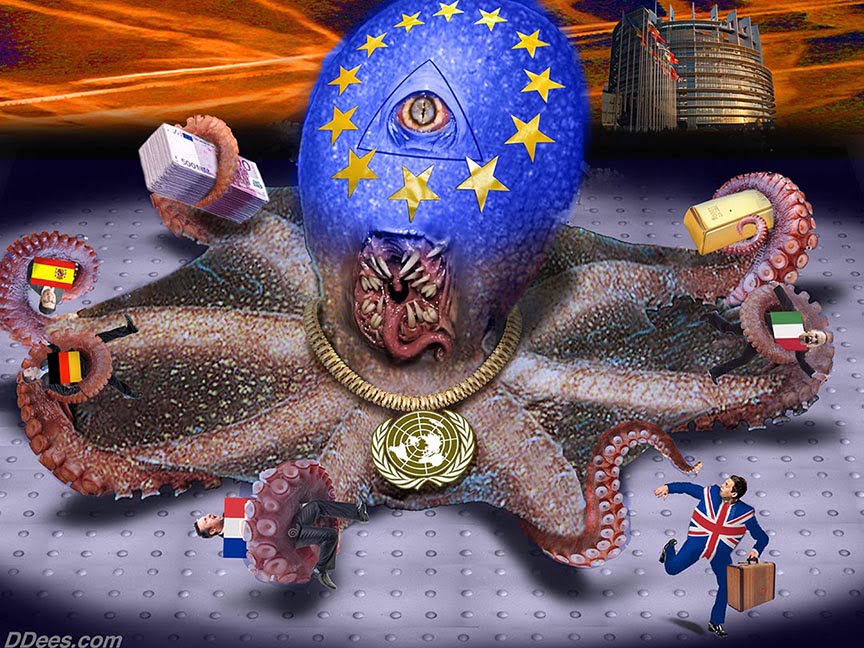 BREXIT Secretary David Davis suggested EU member states are now starting to break off from the European Union’s common withdrawal strategy to protect their economies from a hard exit.

Brexit Secretary David Davis hailed the progress of the talks with the European Union – revealing his trips to EU capitals had unveiled cracks in the bloc’s central negotiating strategy.

Mr Davis indicated EU member states had begun to work away from Brussels to secure “direct” commercial ties to protect their economic interests.

Talking to Andrew Marr, the Brexit Secretary added: “Some have financial services sectors, some have big manufacturing sectors. All of them want to preserve that, that’s what they are going to do.”

Commenting on the latest Brexit breakthrough announced earlier this week by Mr David and his EU counterpart Michel Barnier, the Brexit Secretary said it was now “incredibly probable, very, very highly probable” that there would be a final deal between London and Brussels.

He continued: “This will not really look like any other deal as it stands at the moment, it will be a free-trade deal, a comprehensive one, the most comprehensive one ever – even the European Union is now using words similar to that.”

On Northern Ireland, Mr Davis insisted the Government had not budged over its plans to avoid the creation of a border on the frontier with the Republic of Ireland.

He said: “We have got a whole load of new technology now.

“We will not allow a return to the borders of the past, we will preserve – at all costs – the Belfast Agreement.”

Mr Davis announced on Monday that Britain is ready to “step out and ratify” new trade deals which will come into action after the Brexit transition period.

The Brexit Secretary reportedly struggled through his appearance on The Andrew Marr Show despite suffering from food poisoning – as confirmed by the presence of a sick bucket on set spotted by viewers next to the frontbencher.

Journalist Tom Newton Dunn wrote on Twitter: “Tales of extreme heroics from the #Marr and #bbcsp green room about David Davis. Suffering from severe poisoning, threw up before and after his interview, hence the sick bucket on set.”