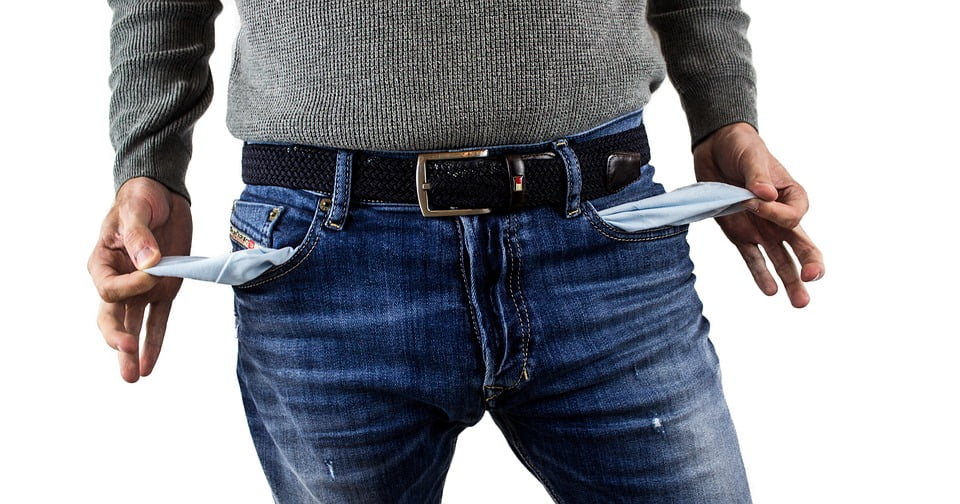 If the U.S. economy is performing well, then why can’t 51 million households in the United States “afford basics like rent and food”.  A stunning new report that was just put out by the United Way ALICE Project shows that the gap between the wealthy and the poor in this country is perhaps the biggest that it has been in any of our lifetimes.  In some of the wealthiest areas of the nation, homes are now selling for up to 100 million dollars, but meanwhile tens of millions of families are barely scraping by from month to month.  Many believe that this growing “inequality gap” is setting the stage for major societal problems.

In general, the U.S. economy seems to be performing better than expected so far in 2018, but the ranks of the poor and the working poor just continue to grow.  The following comes from CNN…

Nearly 51 million households don’t earn enough to afford a monthly budget that includes housing, food, child care, health care, transportation and a cell phone, according to a study released Thursday by the United Way ALICE Project. That’s 43% of households in the United States.

The figure includes the 16.1 million households living in poverty, as well as the 34.7 million families that the United Way has dubbed ALICE — Asset Limited, Income Constrained, Employed. This group makes less than what’s needed “to survive in the modern economy.”

If 43 percent of all Americans cannot even afford “the basics”, what does that say about the true state of the U.S. economy?

Of course the biggest reason why so many American families are struggling is the lack of good jobs.

In America today, 66 percent of all jobs pay less than 20 dollars an hour.

Just let that sink in for a minute.

Housing costs account for the biggest item in most family budgets, and the fact that housing costs have just continued to soar is putting a huge amount of financial stress on hard working families.  Just today we learned that there is a tremendous rush to buy homes as mortgage rates rise rapidly…

Today, according to the latest Freddie Mac mortgage rates report, after plateauing in recent weeks, mortgage rates reversed course and reached a new high last seen eight years ago as the 30-year fixed mortgage rate edged up to 4.61% matching the highest level since May 19, 2011.

But while the highest mortgage rates in 8 years are predictably crushing mortgage refinance activity, they appears to be having the opposite effect on home purchases, where there is a sheer scramble to buy, and sell, houses. As Bloomberg notes, citing brokerage Redfin, the average home across the US that sold last month went into contract after a median of 36 only days on the market – a record speed in data going back to 2010.

If you will remember, we witnessed a very similar pattern just before the subprime mortgage meltdown in 2008.

History is repeating itself, and we never seem to learn from our past mistakes.

Housing prices in some cities are absolutely obscene right now, and many working families find themselves completely priced out of the market.  That has some people asking one very simple question…

Many San Francisco renters I met while reporting an articleon affordable housing lotteries had responded to the region’s housing crisis by putting up with great discomfort: They crammed in with family; they split apartments with strangers. Some even lived out of their cars.

Why, lots of readers wanted to know, didn’t they simply move away instead?

Yes, some people are moving, and this is something that I plan to do an article about very soon.

But for most hard working families, moving across the country simply is not an option.  Moving out of state is very expensive, it can be very difficult to find a similar job in an entirely new area, and many families are very dependent on the social networks where they currently live…

People who struggle financially often have valuable social networks — family to help with child care, acquaintances who know of jobs. The prospect of dropping into, say, Oklahoma or Georgia would mean doing without the good income and the social support. Those intangible connections that keep people in places with bad economiesalso keep people in booming regions where the rent is too high.

In the end, moving is just not an option for a lot of people.

We need to structure our economic system so that it works for all Americans – not just a few.  Unfortunately, it is probably going to take another major crisis before people are ready for such a restructuring.

And such a crisis may not be that far away.  In fact, even Pope Francis is now warning about the dangers of derivatives…

In a sweeping critique of global finance released by the Vatican on Thursday, the Holy See singled out derivatives including credit-default swaps for particular scorn. “A ticking time bomb,” the Vatican called them. The unusual rebuke — derivatives rarely reach the level of religious doctrine — is in keeping with Francis’s skeptical view of unbridled global capitalism.

“The market of CDS, in the wake of the economic crisis of 2007, was imposing enough to represent almost the equivalent of the GDP of the entire world. The spread of such a kind of contract without proper limits has encouraged the growth of a finance of chance, and of gambling on the failure of others, which is unacceptable from the ethical point of view,” the Vatican said in the document.

I have written about derivatives extensively in the past, and Pope Francis is 100 percent correct when he says that they are a ticking time bomb which could absolutely devastate the global financial system at any moment.

We don’t know exactly when it will happen, but we do know that such a crisis is coming at some point.

Sadly, most of the population is completely asleep, and they will be completely blindsided by the coming crisis when it does finally arrive.