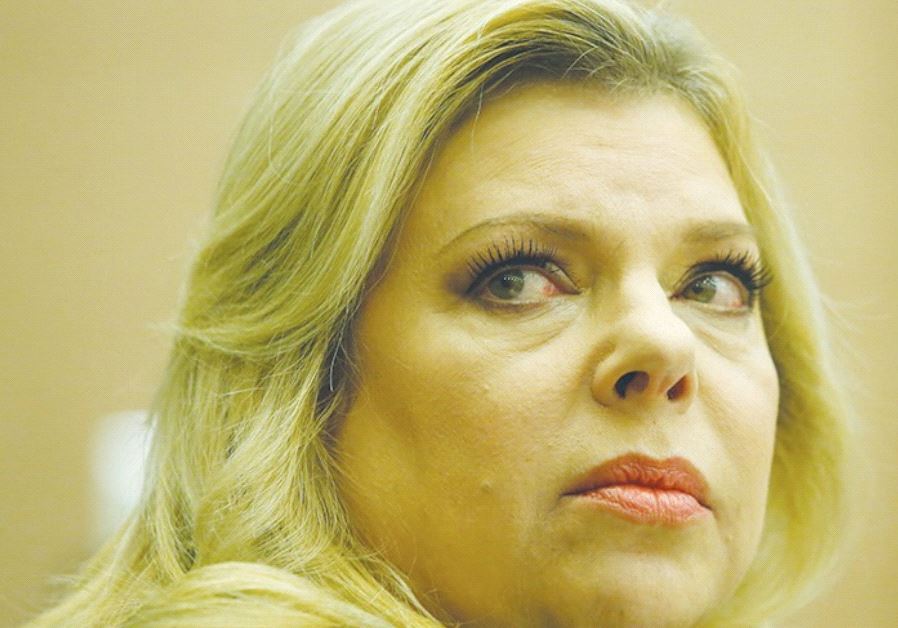 The rapid start of the trial, which was expected to be delayed until after the High Holidays, defied expectations.

Avital Chen, president of the Jerusalem Magistrate’s Court, has set Sara Netanyahu’s fraud trial for July 19 in a decision issued on Tuesday.

The rapid start of the trial defied many expectations that it might be pushed off until after the Jewish holidays, in light of the upcoming July through August court recess.

Attorney-General Avichai Mandelblit filed an indictment last Thursday against the prime minister’s wife for fraud with aggravated circumstances and breach of public trust in an explosive development.

Even though former prime minister Yitzhak Rabin resigned from office in 1977 when his wife, Leah, was about to be indicted, Prime Minister Benjamin Netanyahu is not considering such a move. Nevertheless, the indictment damages him politically in the current atmosphere in which he himself is likely to face an indictment announcement in the coming months, or in early 2019.

The attorney-general alleged that from September 2010 until March 2013, Sara Netanyahu acted in coordination with then-Prime Minister’s Office deputy director-general Ezra Seidoff to present the false misrepresentation that the Prime Minister’s Residence did not employ a cook, even though it did during that time
.
According to the indictment, the two made this misrepresentation to circumvent and exploit regulations that state: “In a case where a cook is not employed in the official residence, it is permitted to order prepared food as needed.”

The indictment states that Mrs. Netanyahu regularly pressured Seidoff, house managers and others to obtain items for the residence, whether they were authorized to by law or not. As a result, Seidoff sometimes procured items, such as the additional unauthorized prepared food items, despite earlier attempts to explain to her that there was no basis for the state to pay for such items. Also, Sara Netanyahu ordered Seidoff, Meni Naftali and other workers not to reveal the fraud to others.

Furthermore, in 15 instances, invoices to chefs who were brought in from outside were falsified in order to circumvent limits on how much could be paid toward such outside chefs. Seidoff directed the chefs, the house managers and Mrs. Netanyahu’s secretaries to falsify the invoices in these 15 incidents.

Charges against Mrs. Netanyahu for these instances were previously closed by Mandelblit as there was insufficient evidence to prove that she knew about Seidoff’s and the others’ actions.

The prosecution also indicted Seidoff last Thursday for the same offenses, adding the offense of falsifying documents, with a total fraud amount of NIS 393,000.

Several other cases against Sara Netanyahu were closed in September 2017, but one about her alleged misuse of state funds for home care for her sick father, will also impact this indictment.

While Sara Netanyahu was only indicted in the food affair, Seidoff was also indicted in another case, in which the Prime Minister’s Residence in Jerusalem employed waiters over the weekend based on false misrepresentations, and for employing Avi Fahima for electrical work at the residence – despite knowledge that employing him had been declared an illegal conflict of interest.

Cohen called the limitations on expenditures for the Prime Minister’s Residence unconstitutional as they were passed by regulation and not by a Knesset law.

The attorney-general’s office has dismissed this defense as flying in the face of her conduct which so clearly recognized that the regulation was binding that she tried to cover-up her misuses of state funds by ordering her staff to doctor invoices and forms.
Moreover, he said Mrs. Netanyahu was not aware of the regulation so there was no criminal intent.

He said that Naftali and other residence managers like him, not Sara Netanyahu, were responsible for the food orders for which she is being accused.

In the past, Cohen has said that Mrs. Netanyahu’s defenses regarding food orders made in 2010 and 2013, when Naftali was not at the Prime Minister’s Residence, were that those accusations related only to around NIS 134,000.

Naftali has already admitted to criminal wrongdoing in this area so it is just a question of whether the court buys his story or Sara’s about whether she was involved. The 2011-2012 period in which he was house manager accounts for around NIS 225,000 of the charges.

Cohen has said that if the charges only related to NIS 30,000-NIS 40,000 at most, they could be dropped as relating to an oversight.
Mandelblit believes he has ample evidence to overcome these arguments and did not deduct one shekel from the indictment from his original announcement in September, despite having seen Cohen’s counter-evidence.•