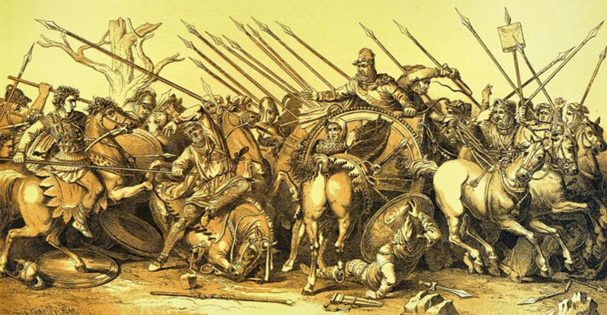 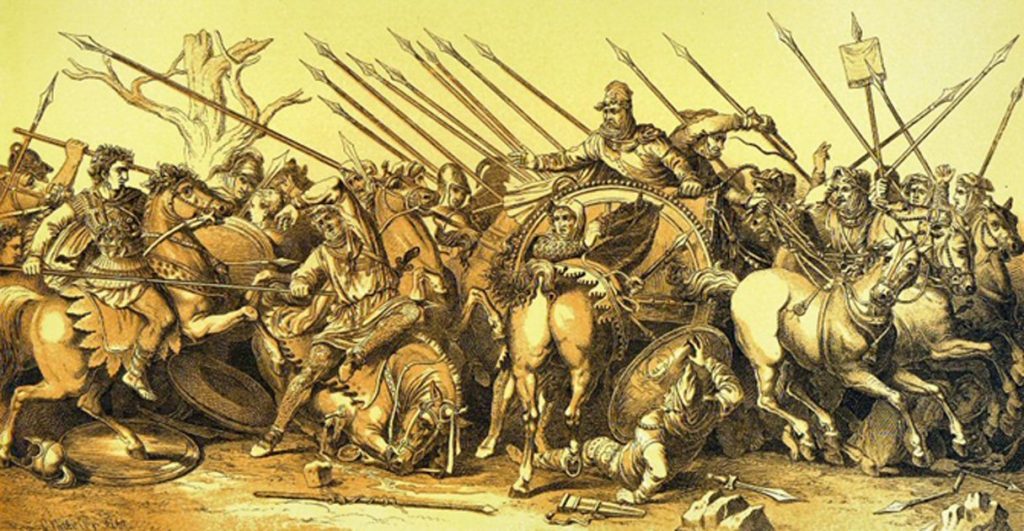 More than 2000 years ago, when Alexander the Great conquered the Persia, he sent an ancient explorer named Nearchus to sail down the Indus River and map the lands ahead. It was a voyage filled with some strange and unnerving echoes of the explorers of the world to come.

Like the men who first journeyed into the heart of the Congo, Nearchus sailed down a great river, discovering new tribes the Greek world never knew existed. And just like the explorers of the Congo, he called them “savages” and he killed them all.

Nearchus’s Journey Down the Indus River

Nearchus was an admiral in Alexander the Great’s army . He helped lead the Greek fleet into battle with Persia and helped them advanced through their lines. And when Persia had fallen on their feet, Alexander the Great sent him to travel down the Indus River and write down everything he saw.

He was an explorer thousands of years before the Age of Exploration – one of the forgotten early men who ventured out into uncharted territories and came home with incredible stories of exotic animals and civilizations the likes of which the world had never seen. 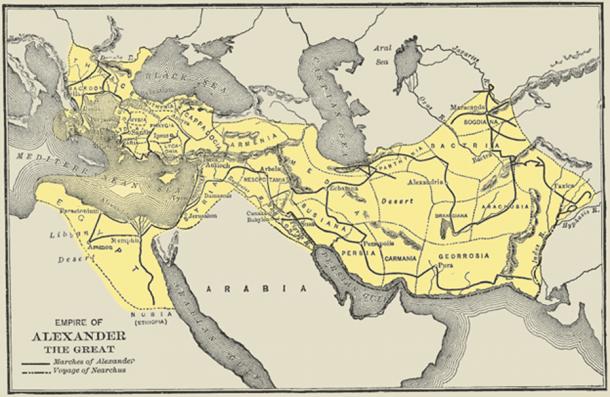 Map showing voyages of Nearchus and the campaigns of Alexander until shortly after acquiring the Persian Empire – from A History of the Ancient World, George Willis Botsford Ph.D., The MacMillan Company, 1913. ( Public Domain )

One of the First Greek Explorers in India

Most of what he saw left him in awe. Nearchus was enamored by the Indian civilization, the great kingdom that rivaled Greece in strength. He wrote eager and excited stories about a type of bird the Indians called “parrots”, insisting to his countrymen back home that these things could speak with “a human voice”.

And he was every bit as impressed with the people. He praised their army, saying that “nothing can stand against an arrow shot by an Indian archer”; he praised the women, calling them beauties “of great modesty”; and he praised their very civilization as a tolerant and level-headed place from which the Greeks, in many ways, could learn.

But India was an advanced civilization, and the people who lived in its great cities weren’t the only people living on the Indus River. And Nearchus’s encounters with the others weren’t quite so peaceful. 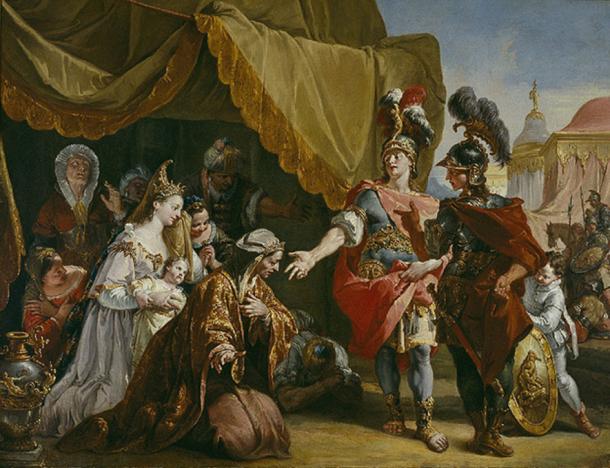 Family of Darius before Alexander by Francesco Fontebasso. ( Public Domain )

The coasts of the Indus River were dotted with tribes that still used Stone Age technology. Nearchus called most of them the “Fish-Eaters”, so-called because their staple food was fish. They fished with nets made out of date-palm bark and ate their food raw.

Metal, it seems, had not yet reached these people. The only weapons they had were wooden spears, the tips sharpened with rocks and hardened over a fire. They still dressed in animal pelts, used large stones as hammers, and tore their food apart with their bare fingers. 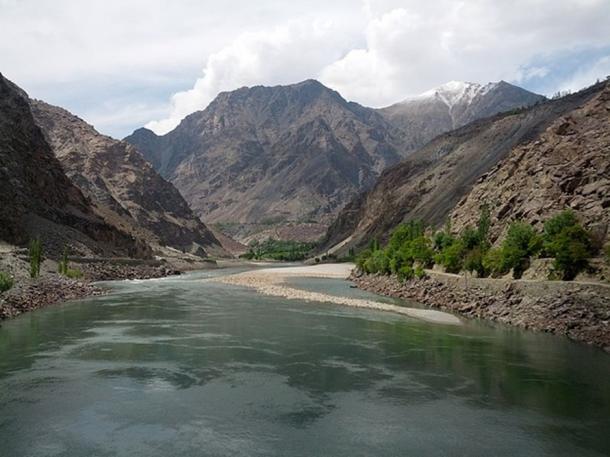 A Massacre on The Indus River

On their way home, Nearchus and his men met a group of tribesmen at a lagoon at the mouth of the river. The tribesmen had never seen anything like the great convoy of Greek ships that was approaching them, and they were filled with terror and awe.

Not sure what to expect, they lined up to the beaches, wooden spears in hand. There were about six hundred men in all, according to Nearchus’s writings, but they had no armor and nothing more to fight with than the pointed sticks. They weren’t much of a threat to the Greek soldiers on his boats, men who’d fought the most powerful armies in the world.

Nearchus slaughtered every one of them on the spot. He had lightly-armored men swim over to the shore and get into formation in the water, where the natives could not attack efficiently with their spears. Then, when he gave the order, they charged the natives while those on the ships unleashed a hail of arrows and missiles down upon them.

The tribesmen didn’t even try to fight back. Nearchus described the scene of the massacre with pride, writing:

“They, astounded at the flash of the armor, and the swiftness of the charge, and attacked by showers of arrows and missiles, half-naked as they were, never stopped to resist but gave way. Some were killed in flight; others were captured; but some escaped into the hills.” 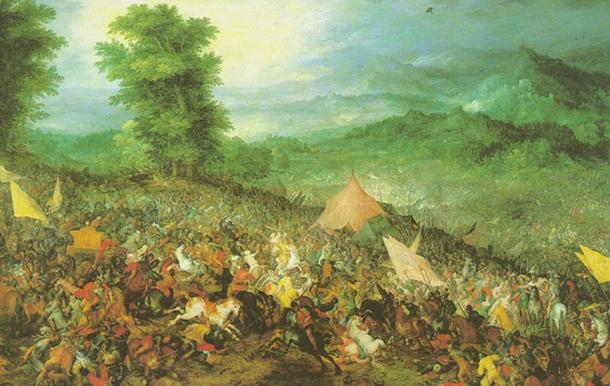 The battle of Issus as painted by Jan Brueghel the Elder. ( Public Domain )

The Slaughter of an Innocent Town

It wouldn’t be his only massacre. Nearly every encounter with a technologically inferior tribe ended in slaughter.

A little while after, Nearchus and his men came upon a tribal town surrounded by a wooden wall. They were running low on provisions now, and Nearchus was afraid his men would grow hungry. He told his men he would move in close and scope them out, then give the signal to attack.

When the tribesmen spotted him, though, they did something he didn’t expect. They rushed out to greet him with fish, cakes, and dates, inviting the Greek explorer to come into their town and join them in a great feast. They were thrilled to have visitors, and they were happy to share anything he needed.

Nearchus pretended to be thankful and followed into the city walls. But as soon as he was in, he climbed the city wall and signaled to his men to attack.

These people had offered him anything he needed – but instead, he just used their hospitality to fling over their town’s walls and let his men storm in and slaughter them. Then he forced them to submission and threatened them until they gave him every bit of food that they had.

The people, he learned, had little more than his men. They barely had any corn of barley; instead, they would make flour by grinding up dried fish. The cakes they’d brought him were a delicacy that were only brought out on the most momentous of occasions.

The Heart of Darkness

These are horrifying stories, but they don’t come from enemies who were trying to slander a great man. Every one of these stories comes from Nearchus himself, each one written without the slightest show of remorse.

To Nearchus and the Greeks who read his writings, there wasn’t any need to justify what he’d done. He and his men needed food and these people were savages. Killing them was little different from killing animals.

It’s an eerie line our species has drawn time and time again: the line between civilized men and backward savages. There’s an unspoken idea that technology makes a people more human; that an advanced people’s lives are more valuable than those who lag behind.

We’ve seen how that line gets drawn countless times before – but what the story of Nearchus reveals is that it’s been there for thousands of years.

Perhaps this is a glimpse into a dark side of man: an instinct at work within us all, constantly weighing the value of other men’s lives and never coming up with an equal score.