Prepare For Change
Home Agartha Universal Clean Up in Progress 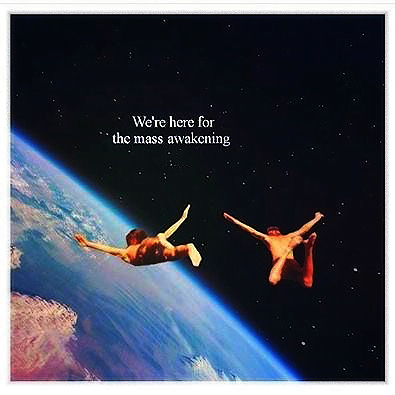 Terran note: This is from Sophia Love’s private subscription newsletter (reposted with permission here).  You can view Sophia’s blog posts at https://https://www.sophialove.org/my-blog and much more here: https://www.sophialove.org.  If you like this newsletter post below, considering subscribing to her newsletter which helps defray her publishing costs.
I have reached out to my contacts and this data is indeed accurate.   Sophia, along with Denice and Shawn are 3 currently activated conduits of direct information from the Sphere alliance.  There are 6 more (names not known) yet to be activated.  ALL ON!!!!
______________________________Today’s conversation was illuminating and comforting. I think you’ll appreciate the information shared here.In gratitude for all that you are,
Sophia
______________________________
February 9, 2018Is there someone who wants to connect? I feel a crowd, maneuvering for position. Like “Me!” “I do!” “No, me!”(Chuckle, smiles…) You have felt us Sophia, certainly. There are several of us wanting to speak.

I cannot choose, not knowing who it is I am choosing from. You will have to decide. Perhaps who would be the most helpful in this now moment. Either to me personally or the readers or both.

I had reached out earlier today to my friend, but could hear nothing. I could sense him, but it was like he was behind a veil – unaware of where he was or unready to communicate. If he is part of this gathering…

He is not. We are not on the other side of the veil, any of us. We are sorry for your loss.

Thank you. Please then, go ahead.

I am what you would label decorated. I would not know about “hero”, but war is something I’m familiar with. It is my work. I am of military rank and office. I, right now, patrol your skies and participate in the cleanup.

In the cleanup of dark focused beings who orchestrate take-overs of children and lives and institutions and planets. You are in the midst of a massive sweep.

Well yes, we are. Yet accurate information does not seem to be readily available. Do you have some?

I can tell you that there are many who have already been taken into custody – some returned to the central sun for re-configuration. While most in a recalibration process so that what has occurred here does not re-occur elsewhere. The numbers are beyond what you or your people could fathom.
It infiltrates organizations on deep, deep levels and many of them.

In order for a take-over to be accomplished on an entire planet, the scope of involvement had to be quite broad.

The numbers of participants alone would stagger the imagination of most humans. This means layers of involvement and many of them.

I am getting images of cooperative law enforcement personnel and payoffs.

What have you come to say to us?

That now we are in an active phase of enforcement and while you witness the theatrics of your puppet governments in their dismantling, we come from beneath those layers and remove and deal with the support structure.

This system unravels at both ends, with the ones in charge removed many months ago, the layer you witness has no clear directive to assist as they navigate their ending. It is quite comical to observe and from here there is not much observing going on. We are busy.

There are large numbers of casualties in this clean up. By casualties, I do not refer to deaths. No. Instead, I refer to those misled, misguided and confused, who quite literally took what they were told they were doing at face value.

This was quite literally a job for them. They had no broader perspective for life, theirs included. Only now, as they’ve been removed and are dealt with, do they get a glimpse of the trauma they willingly participated in.

What happens to them?

Their acceptance of re-training and re-calibration determines what sort of sentence they will serve. The numbers of them are huge – be assured we are prepared for the onslaught, which is in full force now.
Do you cooperate with local law enforcement then? I see reports almost daily of traffickers in humans being arrested.

Let me say it this way.

Much depends on the group that was captured and the group doing the capturing. This is an orchestrated effort, yet not all stages of it are “on board” when you read about in in your news announcements.

Eventually, those involved in the slavery system end up off planet. The court system on earth is corrupt in its own right and this too must change.

As I am military, I can share with you the complete vision. The vision of earth is one of beauty and unity. In such conditions, a military force is necessary only as a protection against any outside attack or infiltration that means to do harm.

Currently your planet is under attack from within and has been for a long time. [Terran note: since the fall of Atlantis 2] The clean-up of such a massive effort is lengthy and involves and includes many. This is where our focus rests.

We are motivated to re-configure the beings involved when possible. This is the highest outcome.

The anger and outcry from the humans, when the scope of the human trafficking is revealed, will be such that they will want blood for blood and retaliation and punishment. I cannot predict what will occur. I can say that our efforts now are to clean up and remove as many as possible “beneath the radar” so to speak, in order to preserve humanity and justice.

There are those beings who incarnated, knowing they would be visible and “thrown under the bus” as you say. You see some of that now in your news. There will be more and what we do not know is which ones will be fed to the slaughter.

As a being who has witnessed the capture and re-calibration of many, I can tell you that with those efforts, and time, none are as hard on themselves as the captured. Once realization is discovered, the pain is incomprehensible. At that point, a gunshot would be merciful and preferred.

So, your skies are filled and we are quite busy. This ends now. This is what I wanted to bring to your attention.Thank you. Goodbye now.

I am not sure who is the author of this is or the provenance of this video but the actions described are fairly accurate.