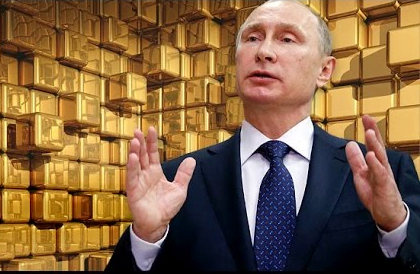 Over the past two months Russia has sold off 85% of their dollar reserves and used the proceeds to primarily buy physical gold.  And according to mining guru Keith Neumeyer, they are doing this rapidly because Moscow expects the current global monetary system to change in a reset which will see a return to gold playing a significant part in whatever new system emerges.

Keith Neumeyer, chairman of the board of First Mining Gold, a Vancouver-based development firm, said that the reason for Moscow’s rush to pull out of US T-bills and grow its reserves of gold was obvious. “I’m certain that a global reset will take place when the governments of the world need to rid themselves of debt, and that they will tie everything to the price of gold. That’s why countries like Russia and China are accumulating gold – they know what may happen a few years from now,” he said.- Sputnik News

At the heart of this need for a global reset is the accelerating growth of debt that has not only become unsustainable and unpayable, but also which is now threatening the entire financial system since central banks are being forced to pull back their credit expansion due to the specter of inflation. 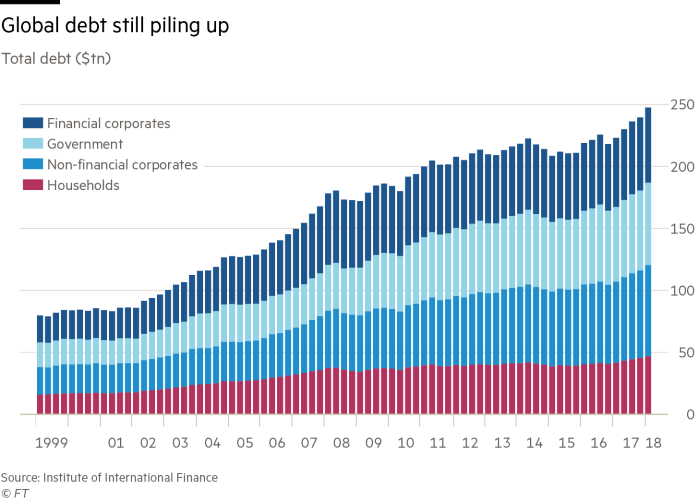 In the aftermath of the 2008 financial crisis, a global economic recession – possibly the deepest, and most definitely the longest that the world has ever seen – took hold. The billions of taxpayer dollars that had been spent on bailing out the banks, combined with huge amounts of quantitative easing and reducing interest rates to rock-bottom levels, resulted in advanced economies holding the highest public debt-to-GDP ratios that had ever been seen.

To make matters worse, that debt, even now, continues to grow. Currently, global debt has risen to more than $57trn and, according to the management consultancy firm McKinsey & Company, this has subsequently increased the ratio of debt-to-GDP globally by more than 17 percentage points. With global debt at these levels, the compound annual growth rate comes in at 5.3 percent; far exceeding the 3.3 percent global growth predicted by the International Monetary Fund (IMF) in 2015 and the 3.8 percent that the organisation expects the world to achieve by the end of 2016. In short, the world is going to struggle to pay off the interest, let alone make any meaningful dent in the debt itself.

This massive accumulation of debt around the world, combined with the fact that very little has been done to deleverage the global economy both in terms of household or public debt, has led many commentators to contend that the seeds for the next economic crisis have already been sown. Some are even predicting that another global meltdown is imminent. If that is the case, it is important to understand how the world has arrived at this position – and, more importantly, to try and ascertain what will happen when the world eventually buckles under its own debt. – World Finance

Ironically there has been only one industrialized country who has even bothered to pay down their debt since 2008.  And that nation is of course Russia, who has not only paid off outstanding debts from the time of the former Soviet Union, but also has gotten their current national debt levels below $500 billion.  Which means that when you add this debt to the value of their gold reserves currently on hand, they are now completely solvent and in fact have a permanent surplus and not just an annualized budgetary one.

Little debt, a vast network of energy and agricultural production, and now gold reserves that at least place them in the top 5 in the world point towards the fact that when the next financial crisis comes, and the world defaults into having to perform a full monetary reset, Russia will find themselves as one of the global economic powerhouses and back at their rightful place in overseeing global events.