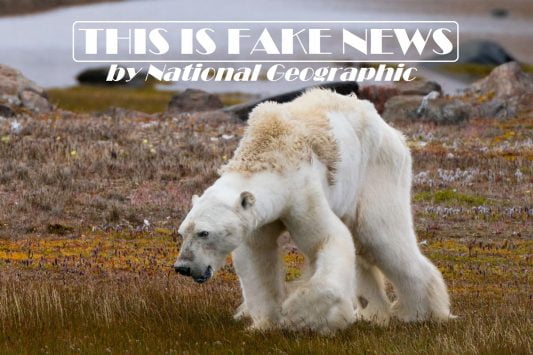 One year later, National Geographic has finally admitted to facilitating “fake news” regarding climate change. The magazine’s most viral video ever, which featured heart-wrenching images of a starving polar bear, perpetuated the narrative that the animal’s imminent death was caused by climate change. However, the climate change aspect of the story is void of any real evidence.

“We had lost control of the narrative,” admitted Cristina Mittermeier, the photographer of the polar bear. Mittermeier explained the climate change deception in a piece titled “Starving-Polar-Bear Photographer Recalls What Went Wrong” for the magazine’s August issue.

Mittermeier conceded that the images of the bony, emaciated polar bear were meant to sound an alarm about climate change, though she complains that people took the image “literally.” 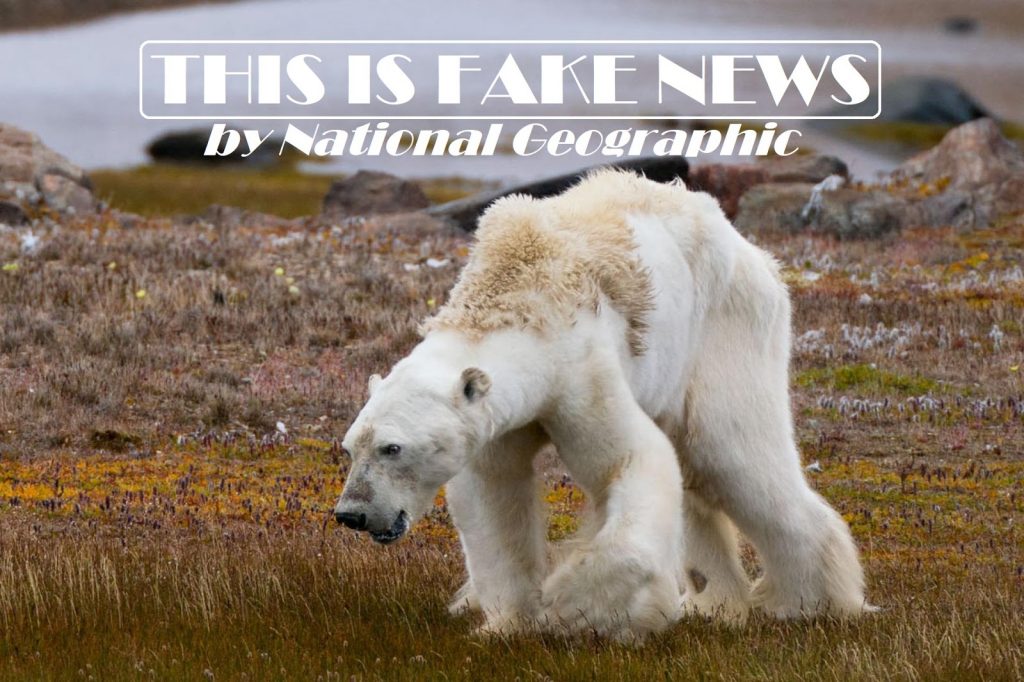 “Photographer Paul Nicklen and I are on a mission to capture images that communicate the urgency of climate change. Documenting its effects on wildlife hasn’t been easy,” she wrote.

“With this image, we thought we had found a way to help people imagine what the future of climate change might look like. We were, perhaps, naive. The picture went viral — and people took it literally.”

Perhaps people took the gloom-and-doom climate change narrative “literally” because Nat Geo’s first line of the video was, “This is what climate change looks like.” To boot, the words “climate change” were even emphasized, highlighted in the magazine’s signature yellow.

“In retrospect, National Geographic went too far with the caption,” says Mittermeier. (You think?!)

The “fake news” narrative was viewed by over 2.5 billion sets of eyes, becoming the magazine’s most viral video in their history.

As noted by Fox News, experts have suggested that other reasons for the polar bear’s condition could have been old age, illness, or injury. Mittermeier admitted that she could not say for sure “that this bear was starving because of climate change.”

“Perhaps we made a mistake in not telling the full story — that we were looking for a picture that foretold the future and that we didn’t know what had happened to this particular polar bear,” she wrote.

And wouldn’t you know it, Mittermeier says she’d do it again if she had the chance, since, essentially, the images pushed a supposed larger truth.

“The photographer says that her image became another example of ‘environmentalist exaggeration,’ but added that her intentions were ‘clear’ and that if she had the opportunity to share ‘a scene like this one’ again, she would,” reports Fox News.

It’s simply befuddling why there’s such a lack of trust in media.

If Mittermeier was an honest person with integrity, she would have publicly apologized for lying to National Geographic readers, and explained that her obsession with pushing the [fake] climate change [agenda] is what led her to create fake news about a sickly polar bear, which she now admits simply could have been elderly or diseased.

Instead, Mittermeier is actually trying to shift the blame onto the people who believed her fake news story, which she now claims was never meant to represent proof of climate change, but merely a depiction of what climate change might look like in the future.

“Perhaps people took the gloom-and-doom climate change narrative ‘literally’ because Nat Geo’s first line of the video was, ‘This is what climate change looks like,’” writes Amanda Prestigiacomo for The Daily Wire, emphasizing Mittermeier’s insanity in trying to blame someone other than herself for this fake news fiasco.

“To boot, the words ‘climate change’ were even emphasized, highlighted in the magazine’s signature yellow,” adds Prestigiacomo.

What this all proves, once again, is that liberals like Mittermeier have an almost religious obsession with the climate change conspiracy theory – so much so that they’re somehow able to rationalize making up fake news stories about dying animals in order to draw more people into the cult of climate insanity.

Even worse is the fact that Mittermeier, just moments after admitting to Fox News in a recent interview that she made a “mistake” in publishing the fake video, stated that she would actually do it again if given the chance – simply because it supports her presupposition that polar bears and other animals are suffering due to climate change, even though there’s no evidence to actually prove this.

“It’s simply befuddling why there’s such a lack of trust in media,” jokes Prestigiacomo.

“I love our wonderful planet Earth! If I thought it was threatened by global warming, I would devote my life to stopping it. There is no global warming.” — founder of the Weather Channel