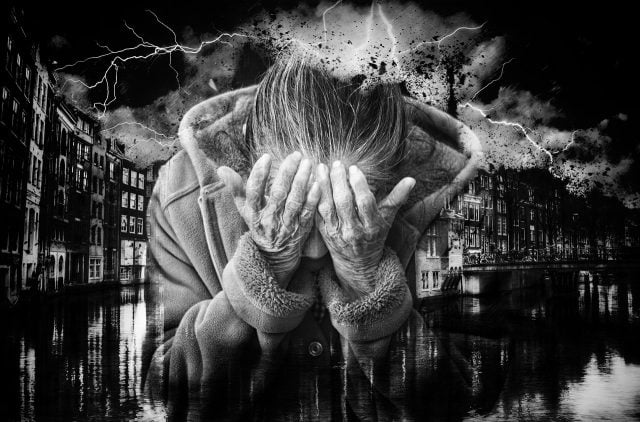 Over 20 major retailers have filed for bankruptcy since the beginning of last year, and in 2018 we may break the all-time record for annual store closings that was established just last year.  We are in the midst of the worst retail apocalypse in American history, and it appears to be picking up speed as retail giants such as Sears, JCPenney, Brookstone and Mattress Firm spiral toward bankruptcy.  We live at a time when the middle class is being systematically destroyed, and so the truth is that U.S. consumers simply do not have as much discretionary income as they once did.  Many large retailers believed that things would eventually turn around, and they have been fighting very hard to survive, but now time has run out for quite a few of them.

Everyone knew that Mattress Firm was in deep trouble, but it still surprised many of us when it was announced that they are officially planning to file for bankruptcy.  The following comes from Reuters…

Mattress Firm Inc, the largest U.S. mattress retailer, is preparing to file for bankruptcy protection as soon as this week, as it seeks to exit costly store leases and shore up its business, people familiar with the matter said on Tuesday.

At this moment Mattress Firm has approximately 3,000 brick-and-mortar locations, and as those stores close down those abandoned buildings are going to be giant eyesores on street corners all over America.

When I was a kid back in the 1980s, it seemed like Brookstone had an outlet in every mall I visited.  But now Brookstone has filed for bankruptcy, and all remaining mall stores will be shut down…

Brookstone filed for bankruptcy and will close its remaining 101 mall stores.

The mall and airport seller, best known for massage chairs, quirky gadgets, and travel luggage, filed for Chapter 11 bankruptcy in federal court on Thursday. It was Brookstone’s second bankruptcy round in four years.

Sears has been shutting down stores for years, but up until now they have never admitted that bankruptcy was on the horizon.

But now time has run out and emergency measures are required if Sears is to survive.  The following comes from CNN…

Sears is running out of time to fix its problems, the CEO says.

Eddie Lampert, who controls most of the company’s shares through his hedge fund, told the board on Monday that it must address “significant near-term constraints” in its cash position.

Of course Sears is still not actually using the term “bankruptcy”, but even CNN is admitting that Eddie Lampert used “language that suggested the company could be forced out of business”…

Lampert did not use the word “bankruptcy,” but he raised the possibility that creditors could be wiped out, a process that often takes place in bankruptcy court, without immediate action.

He also said it was in the best interest of stakeholders to “accomplish this as a going concern” — language that suggested the company could be forced out of business.

Those who have been following my work for a long time know that I have repeatedly stated that Sears is going to zero.

Now we appear to be on the precipice of that actually happening, and it is a very sad day for America indeed.

Speaking of retailers that are going to zero, JCPenney is absolutely drowning in debt and has a very dismal prognosis for the future…

Leaderless, $4 billion in debt and with a stock price below $2, the besieged retailer faces an uncertain fate after posting its latest round of dismal earnings.

“They’re in a leaky boat that eventually will sink,” said Mark Cohen, the director of retail studies at the Columbia Business School and a former CEO of Sears Canada and other department stores. “The prognosis for the future is not happiness.”

In the end, JCPenney is not going to survive, and so America will have to shop elsewhere for substandard clothing at inflated prices.

Nobody is suggesting that bankruptcy is imminent for Bed Bath & Beyond, but if they continue to have disastrous sales results it won’t be too long before they are on the chopping block, too…

The struggling retailer said Wednesday that it was bringing on two top management consulting firms to help it cut costs and improve its merchandise. CEO Steven Temares did not name the firms.

The housewares retailer needs help. Shares of Bed Bath & Beyond plunged nearly 25% Thursday to their lowest level since March 2000 because of awful sales during the previous quarter.

We are moving into the most critical time of the year for retailers.  Most troubled chains will hang on through the next three months, but once we get to January and February we will see many of them give up the fight for good.

Meanwhile, some of the retailers that are still doing okay are warning that our trade war with China will likely mean much higher prices for consumers…

Walmart Inc. and Target Corp. are among the large retailers and food companies that have sent a letter to U.S. Trade Ambassador Robert Lighthizer warning that proposed tariffs on $200 billion on Chinese goods would hurt consumers and American businesses.

Walmart’s letter, dated Sept. 6, focuses on what it says will be the repercussions of the tariffs, which would apply to goods like food and beverages, personal care products like shampoo, detergents, motor vehicles and paper goods like napkins.

Of course U.S. consumers cannot exactly afford higher prices at this point.  U.S. consumers have been spending more than they are earning month after month, and they are making up the difference by going into ever-increasing amounts of debt.

This is not what a healthy economy looks like.

If we had a healthy economy, the middle class would be growing and retailers would be thriving.

But instead, the vacancy rate at U.S. shopping malls just hit the highest level in six years…

The vacancy rate at metro and regional malls around the United States hit 8.6% last quarter, the highest since the end of 2012, according to data released Monday by real estate research firm Reis (REIS).

Back then, the economy was still working its way out of a recession and an excess of malls had been built in the preceding decades. Retail vacancies peaked at 9.4% during the middle of 2011.

Things are not getting better for the U.S. economy.  We continue to see numbers that we have not seen since the last recession, and it appears that things will continue to deteriorate as we head into 2019.