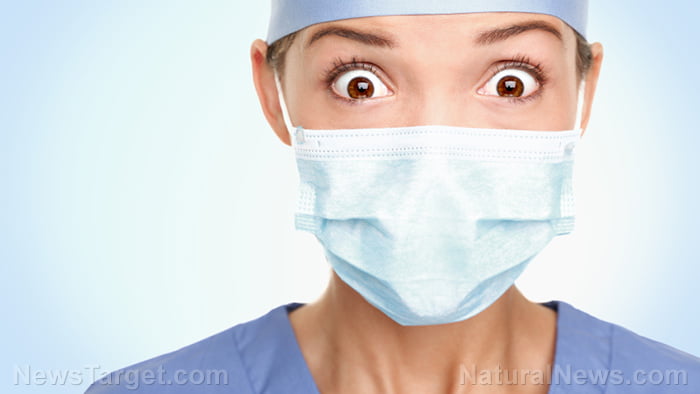 We’ve all heard the statistics about accidental gun deaths in the U.S. Many of them are overblown, of course, but even one death is too many. However, when these statistics are put in perspective by comparing them to other types of accidental death, it’s even more tragic; medical malpractice kills 500 times more Americans than accidental gun deaths do! Doesn’t that mean there should be 500 times more calls for doctor control than gun control?

The shocking data on malpractice deaths is quite solid. It was taken from an eight-year study from the reputable Johns Hopkins University, who found that there are at least 250,000 deaths due to malpractice in America each year. That’s bad enough on its own, but CNBC reported that number is actually on the low end as other studies have found such deaths surpass 400,000 per year. Because physicians, coroners, and funeral directors rarely note human errors on death certificates and these are what the CDC relies on to post death statistics, such cases are dramatically underreported. Either way, it’s safe to say that a minimum of 250,000 people die from medical malpractice each year.

How many people die accidentally at the hands of a gun each year? 500. Again, 500 lives lost is still devastating, but it’s clear that a disproportionate amount of public outrage is directed toward guns compared to doctors who make mistakes. Even when you look at overall gun deaths rather than just accidental ones – throwing homicides and suicides into the mix as well – you’ll get figures like 2015’s 36,000. Two thirds of those, by the way, were suicides. So even when you consider intentional gun deaths, the number of malpractice deaths each year is still seven times higher.

Where is all the outrage over this leading cause of death?

Of course, it’s a lot easier to politicize guns than doctors, which is why these malpractice statistics tend to be kept under wraps to a large extent. The mainstream media certainly doesn’t give the topic nearly as much attention as it warrants, and that’s due in no small part to their desire to please their advertisers, many of which are pharmaceutical companies whose products are involved in such deaths. They wouldn’t want these scary stories being reported because more people might fear doctors – who, it should be noted, essentially serve as their salesmen.

The World Health Organizations considers patient safety to be a “serious global public health concern,” with at least 42.7 million patients being harmed during a hospitalization. The risk of patients experiencing an adverse event while in the hospital is now one in 300. Meanwhile, at least 7 million people around the world suffer disabling surgical complications, a million of whom die as a result.

In the U.S., the 250,000 annual deaths figure makes medical errors the third leading cause of death behind heart disease and cancer. According to the Johns Hopkins study, 10 percent of all deaths in America are a result of medical error. They used statistics and other studies, including one from the Health and Human Services Department’s Inspector General, hospital admission rates, and data from the Agency for Healthcare Research.

Deaths due to medical error might include those caused by staff with inadequate skills, a system defect, a preventable adverse effect, an error in care or judgment, computer breakdowns, medication or dosage mix-ups, and undiagnosed surgical complications.

Johns Hopkins University School of Medicine’s Dr. Martin Makary said: “Top-ranked causes of death as reported by the CDC inform our country’s research funding and public health priorities. Right now, cancer and heart disease get a ton of attention, but since medical errors don’t appear on the list, the problem doesn’t get the funding and attention it deserves.”

If doctor control got half as much attention as gun control, how many lives could potentially be saved?