Prepare For Change
Home ARCONTES I was an Isis sex slave. I tell my story because it... 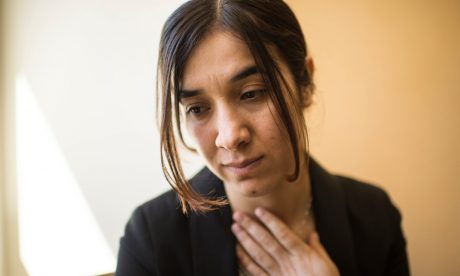 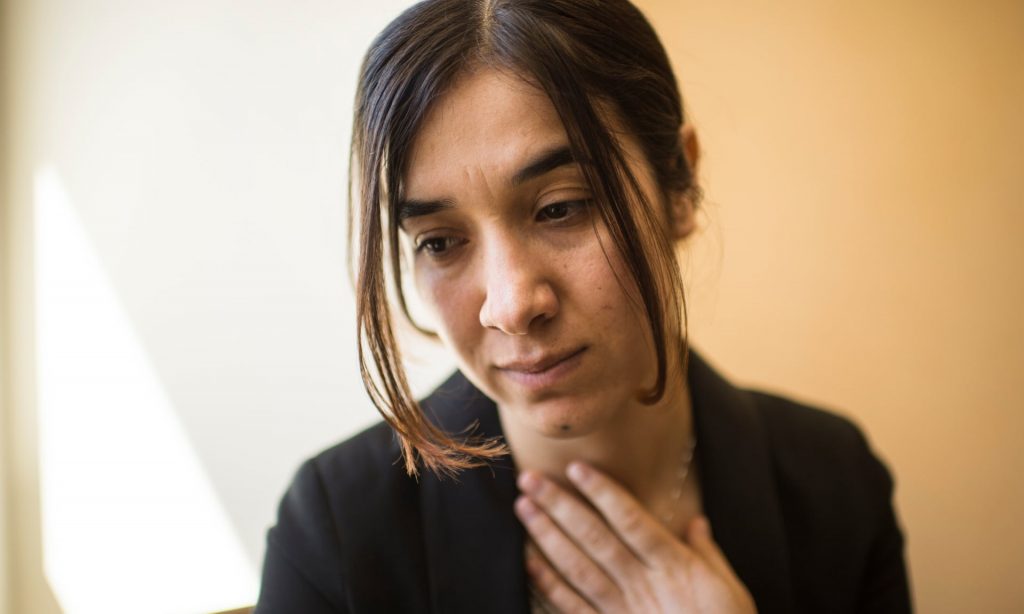 The slave market opened at night. We could hear the commotion downstairs where militants were registering and organising, and when the first man entered the room, all the girls started screaming. It was like the scene of an explosion. We moaned as though wounded, doubling over and vomiting on the floor, but none of it stopped the militants. They paced around the room, staring at us, while we screamed and begged. They gravitated toward the most beautiful girls first, asking, “How old are you?” and examining their hair and mouths. “They are virgins, right?” they asked a guard, who nodded and said, “Of course!” like a shopkeeper taking pride in his product. Now the militants touched us anywhere they wanted, running their hands over our breasts and our legs, as if we were animals.

It was chaos while the militants paced the room, scanning girls and asking questions in Arabic or the Turkmen language. 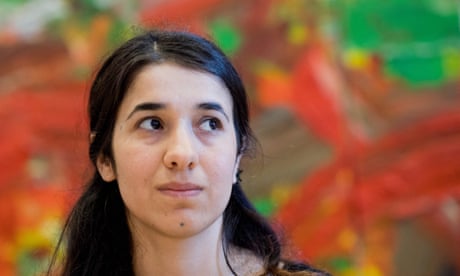 “Calm down!” militants kept shouting at us. “Be quiet!” But their orders only made us scream louder. If it was inevitable that a militant would take me, I wouldn’t make it easy for him. I howled and screamed, slapping away hands that reached out to grope me. Other girls were doing the same, curling their bodies into balls on the floor or throwing themselves across their sisters and friends to try to protect them.

While I lay there, another militant stopped in front of us. He was a high-ranking militant named Salwan who had come with another girl, another young Yazidi from Hardan, who he planned to drop off at the house while he shopped for her replacement. “Stand up,” he said. When I didn’t, he kicked me. “You! The girl with the pink jacket! I said, stand up!”

His eyes were sunk deep into the flesh of his wide face, which seemed to be nearly entirely covered in hair. He didn’t look like a man – he looked like a monster.

Attacking Sinjar [in northern Iraq] and taking girls to use as sex slaves wasn’t a spontaneous decision made on the battlefield by a greedy soldier. Islamic State planned it all: how they would come into our homes, what made a girl more or less valuable, which militants deserved a sabaya [sex slave] as incentive and which should pay. They even discussed sabaya in their glossy propaganda magazine, Dabiq, in an attempt to draw new recruits. But Isis is not as original as its members think it is. Rape has been used throughout history as a weapon of war. I never thought I would have something in common with women in Rwanda – before all this, I didn’t know that a country called Rwanda existed – and now I am linked to them in the worst possible way, as a victim of a war crime that is so hard to talk about that no one in the world was prosecuted for committing it until just 16 years before Isis came to Sinjar.

On the lower floor, a militant was registering the transactions in a book, writing down our names and the names of the militants who took us. I thought about being taken by Salwan, how strong he looked and how easily he could crush me with his bare hands. No matter what he did, and no matter how much I resisted, I would never be able to fight him off. He smelled of rotten eggs and cologne. 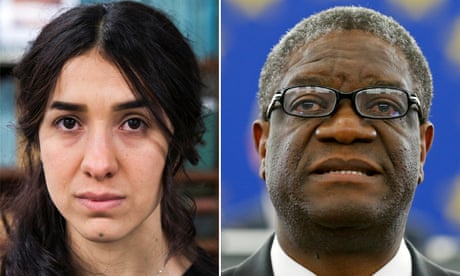 I was looking at the floor, at the feet and ankles of the militants and girls who walked by me. In the crowd, I saw a pair of men’s sandals and ankles that were skinny, almost womanly, and before I could think about what I was doing, I flung myself toward those feet. I started begging. “Please, take me with you,” I said. “Do whatever you want, I just can’t go with this giant.” I don’t know why the thin guy agreed, but taking one look at me, he turned to Salwan and said, “She’s mine.” Salwan didn’t argue. The skinny man was a judge in Mosul, and no one disobeyed him. I followed the thin man to the desk. “What’s your name?” he asked me. He spoke in a soft but unkind voice. “Nadia,” I said, and he turned to the registrar. The man seemed to recognise the militant right away and began recording our information. He said our names as he wrote them down – “Nadia, Hajji Salman” – and when he spoke the name of my captor, I thought I heard his voice waver a bit, as if he were scared, and I wondered if I had made a huge mistake.

Nadia Murad eventually escaped her Isis captors. She was smuggled out of Iraqand in early 2015 went as a refugee to Germany. Later that year she began to campaign to raise awareness of human trafficking.

In November 2015, a year and three months after Isis came to [my home town] Kocho, I left Germany for Switzerland to speak to a UN forum on minority issues. It was the first time I would tell my story in front of a large audience. I wanted to talk about everything – the children who died of dehydration fleeing Isis, the families still stranded on the mountain, the thousands of women and children who remained in captivity, and what my brothers saw at the site of the massacre. I was only one of hundreds of thousands of Yazidi victims. My community was scattered, living as refugees inside and outside of Iraq, and Kocho was still occupied by Isis. There was so much the world needed to hear about what was happening to Yazidis.

I wanted to tell them that so much more needed to be done. We needed to establish a safe zone for religious minorities in Iraq; to prosecute Isis – from the leaders down to the citizens who had supported their atrocities – for genocide and crimes against humanity; and to liberate all of Sinjar. I would have to tell the audience about Hajji Salman and the times he raped me and all the abuse I witnessed. Deciding to be honest was one of the hardest decisions I have ever made, and also the most important.

I shook as I read my speech. As calmly as I could, I talked about how Kocho had been taken over and girls like me had been taken as sabaya. I told them about how I had been raped and beaten repeatedly and how I eventually escaped. I told them about my brothers who had been killed. It never gets easier to tell your story. Each time you speak it, you relive it. When I tell someone about the checkpoint where the men raped me, or the feeling of Hajji Salman’s whip across the blanket as I lay under it, or the darkening Mosul sky while I searched the neighbourhood for some sign of help, I am transported back to those moments and all their terror. Other Yazidis are pulled back into these memories, too.

My story, told honestly and matter-of-factly, is the best weapon I have against terrorism, and I plan on using it until those terrorists are put on trial. There is still so much that needs to be done. World leaders and particularly Muslim religious leaders need to stand up and protect the oppressed.

I gave my brief address. When I finished telling my story, I continued to talk. I told them I wasn’t raised to give speeches. I told them that every Yazidi wants Isis prosecuted for genocide, and that it was in their power to help protect vulnerable people all over the world. I told them that I wanted to look the men who raped me in the eye and see them brought to justice. More than anything else, I said, I want to be the last girl in the world with a story like mine.

• Nadia Murad was abducted with other Yazidi women in August 2014 when their home village of Kocho in Sinjar, northern Iraq, was attacked by Isis. Captured alongside her sisters, she lost six brothers and her mother. She was awarded the 2018 Nobel peace prize jointly with Congolese gynaecologist Denis Mukwege. This is an extract from her autobiography, The Last Girl: My Story of Captivity and My Fight Against the Islamic State, published by Virago.