Prepare For Change
Home ARCONTES The military-industrial-humanitarian complex: Spreading Western hegemony under the guise of virtue 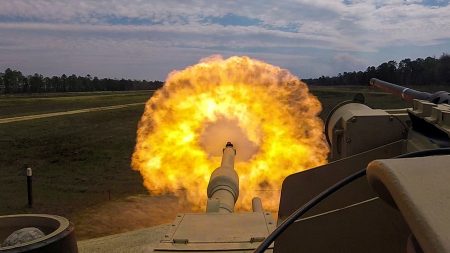 Shakespeare once wrote that the devil can cite Scripture for his purpose. Nowadays, we see the terms ‘humanitarian’ and ‘democracy’ abused to justify death and destruction.

Traditionally honorable words such as ‘humanitarian’ and ‘democracy’ have come to acquire a darker and more cynical meaning following their misappropriation to justify the invasion of sovereign nations and to promote the spread of Western military and cultural dominance across the globe. The mainstream media, alongside some human rights activists, assist these ventures by helping disseminate mistruths and by tapping into the emotions of fear, anger and revulsion to soften public opinion and make aggression against a sovereign state appear justified.

Running parallel to politicians’ lies that Saddam Hussein possessed WMD deployable within 45 minutes, a strategy was deployed to shock-and-awe the public into accepting the invasion through attention-grabbing headlines crafted to abhor readers with ‘evidence’ of Saddam’s butchery and to generate strong emotional reactions which would cause people to think with their hearts rather than their heads. One such story written by Labour MP Ann Clwyd and published in The Times just two days before the US-led Coalition of the Willing began destroying Iraq, asserted that Saddam possessed a ‘human-shredding machine’ into which adversaries were fed feet-first and turned into fish food. The article, titled “See men shredded, then say you don’t back war,” had the double effect of causing the reader to feel revulsion and of making the anti-war lobby appear callous and indifferent to the plight of the Iraqi people. The existence of a human shredder was laterchallenged and such a machine has yet to be found.

Saddam’s real crimes were known to US intelligence services, who informed him about the locations of Iranian troops during the Iran-Iraq war in the 1980s, in the knowledge that he would use mustard gas and sarin against them. The US also provided Saddam with cluster bombs and helped him acquire chemical precursor agents. US-based Human Rights Watch estimated that Saddam killed at least 290,000of his own people while in power.  However, this figure is dwarfed by the number of Iraqis believed to have died in the aftermath of the 2003 invasion, due to occupation forces, sectarian violence or ISIS – this figure is estimated to be in the hundreds of thousands, if not in excess of a million.

The psychological shock-and-awe strategy was again employed in the lead up to NATO’s bombing of Libya, as the US and UK’s on-offrelationship with Gaddafi took a turn for the worse after he planned to start selling oil in dinars (a new gold-backed pan-African currency) instead of US dollars or euros, and encouraged his African neighbors to follow suit. The release of Hillary Clinton’s emails in late 2015 revealed that such a move would have strengthened African economies and led to competition between the dinar and the dollar or euro.

On this occasion, we were treated to the excuse that bombing Libya and supporting the anti-Gaddafi rebels, including Al-Qaeda-affiliated elements, was necessary as Gaddafi was about to commit a massacre against the people of the rebel-controlled city of Benghazi. Another emotive claim designed to mould public opinion into accepting the war affirmed that Gaddafi was giving his soldiers Viagra so they could commit mass rape. An investigation by Amnesty International found no evidence to support this allegation and revealed that on several occasions anti-Gaddafi forces in Benghazi had made false allegations or manufactured evidence of human rights violations.

Gaddafi was overthrown and one of the richest and most-stable countries in Africa became a failed and lawless state controlled by a mishmash of rebel groups, some affiliated or sympathetic to Al-Qaeda. These groups began to persecute, imprison and murder Sub-Saharan Africans on a mass scale, many of whom had come to Libya as economic migrants, accusing them of loyalty to Gaddafi. Furthermore, Libya’s destruction triggered a war in neighboring Mali and helped strengthen Al-Qaeda and ISIS in North Africa. Some of the anti-Gaddafi rebels would later find their way to Syria.

The same script was used in relation to Syria as Western politicians, along with their media and activist allies, worked hard to drum up public support for removing the country’s president from power. In 2013, the emotions of Western audiences were targeted with claims that Assad had used sarin against civilians, meaning his removal from power needed to be acted-on without delay. The allegation remains unproven and a UN-led inquiry later indicated that anti-government rebels themselves may have been responsible for the attack.  The claims that Assad has used chemical weapons against his own people seem to surface whenever the Syrian government regains large amounts of territory from rebel or jihadist forces.

President Assad has been blamed for causing hundreds of thousands of deaths in a conflict forced upon Syria where Saudi Arabia and Qatar (among other states) have funded and armed rebels that Western intelligence agencies consider ‘moderate.’ WikiLeaks has published diplomatic cables in which US politicians expressed concern that Saudi Arabian donors were sending money and weapons to groups such as Al-Nusra Front (also known as the Syrian branch of Al-Qaeda) and ISIS. Syrian opposition activists claim that as of September 2018 an estimated 164,336 to 522,000 people (depending which anti-Assad group you ask) have been killed since the conflict began in 2011. Although the Syrian opposition and their Western and Gulf-state supporters are quick to blame President Assad for these deaths, those killed include Syrian soldiers and pro-government militias who died defending their country from ‘moderate’ (and not-so-moderate) rebels backed by Syria’s enemies, as well as civilians killed by these rebel groups.

When Russia came to Syria’s aid in September 2015, at the request of the country’s government, to assist in the fight against ISIS, Al-Nusra and other rebel groups, it faced criticism from the Western media and Syrian opposition groups who accused Russia of propping up a dictator – something of which the UK and US have much experience. Presumably the US and its allies’ desire to overthrow Assad was worth the risk of ISIS continuing its march of terror and destruction across Syria until its flags flew over Damascus. The barrage of attacks against Russia intensified in 2016 when the nation provided Syrian troops with air support in their campaign to retake Aleppo, formerly the country’s largest city and financial and industrial hub, from a range of rebel group including Al-Nusra Front and a number of non-Syrian jihadist fighters. Newspapers across the political spectrum shed crocodile tears about the number of civilians and babies killed in the Russian bombing, presumably forgetting that the children of Gaza and Yemen are no less immortal when it comes to aerial bombardment.

The Western media chooses where to direct its audiences’ emotions. The discredited organization known as the White Helmets, which receives funding from the US and several European governments, injected an additional dose of pathos into the mix, showing what they claimed were pictures and videos of their members pulling children and civilians from the rubble in Aleppo. The controversies surrounding this group have been well documented.

The US-based Human Rights Watch, which has received millions of dollars from billionaire George Soros, cited a report from a Syrian opposition group stating that 446 civilians were killed by Russian and Syrian planes during the battle for Aleppo in the month of September to October 2016. Elsewhere, Human Rights Watch cites the UK-based pro-opposition Syrian Observatory for Human Rights, which claims that airstrikes by the US-led coalition killed 1,064 civilians, including 248 children, during the battle of Raqqa between early June – September 20, 2017. Although it is difficult to accurately estimate the populations of Aleppo and Raqqa in 2016 and 2017 respectively, as of 2018 Aleppo’s population numbers 1.6 million; while Raqqa’s is 61,000.

Each civilian death is a tragedy in its own right, regardless of whether it is caused by American, Russian, Syrian or any other nation’s aircraft. However, it must be acknowledged that only Russia and Iran intervened in the Syrian conflict at the request of the nation’s legitimate government. All other nations involving themselves in the Syrian conflict are in breach of international law and warrant expulsion from Syrian territory. Due to Russia’s intervention, Syria will now not go the way of Iraq or Libya and is on the path to again becoming a united and stable nation with a secular and diverse identity. This is one intervention which prevented the destruction of a nation and saved millions from the unimaginable nightmare of life under ISIS or similar groups. This is the opposite of the Western approach, by which a unified nation is plunged into anarchy and the terrorists appear only after the ‘humanitarian’ intervention has transpired.