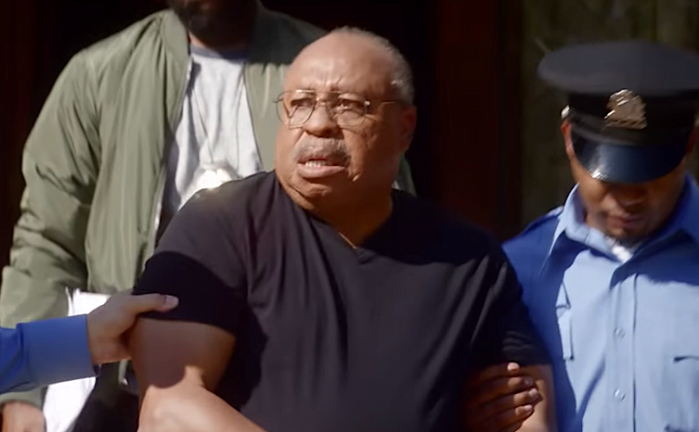 Missouri lawyer Adam Mill was “agnostic” about the abortion issue before seeing “Gosnell: The Trial of America’s Biggest Serial Killer.”

But like many others who have watched the film, Mill said he changed his mind after learning about the reality of the abortion industry in America today.

“Gosnell,” which opened Oct. 12, follows the true story of Kermit Gosnell, a Philadelphia abortionist who murdered newborn babies and committed numerous other crimes inside his “house of horrors” abortion facility. It stars Dean Cain (“Lois & Clark”) and is directed by Nick Searcy (“The Shape of Water,” “Justified”). It broke into the top 10 films in its first weekend.

Writing for The Federalist, Mill said the film “shattered my sheltered agnosticism over abortion.”

“When the sounds of a crying baby can be heard in an abortion clinic, I am forced to admit that abortion stalks the edges of the definition of murder,” he wrote.

What was eye opening for him was how Gosnell killed the babies. According to the grand jury report, Gosnell often induced labor and late-term babies were born alive, then he or one of his staff would take a pair of scissors and snip the backs of their necks to kill them.

Authorities estimated Gosnell may have killed hundreds of babies this way, but they only had enough evidence to convict him on three counts of murder. The grand jury noted the reason for the lack of evidence: “files were falsified or removed from the facility and possibly destroyed.”

Mill responded to these horrors:

Gosnell’s defense at trial was to point to the arbitrary legal line between what he did and what the law sanctioned. His attorney argued that even if he had followed proper procedures in a sterile clinic using the most advanced medical equipment to terminate pregnancies, the fundamental moral character of what he was doing wouldn’t change.

Although Gosnell’s technique sometimes resulted in birthing the child before terminating it, he argued that, from a medical point of view, it’s sometimes more dangerous to the woman to do the procedure while the child is still inside the woman. So, to Gosnell’s way of thinking, birthing the baby sometimes improves abortion’s health outcome for the mother.

… At the end of Gosnell’s procedure, he considers it a success if the woman is no longer pregnant and there is no baby. Is it really murder outside the womb, but legal when a doctor completes the procedure inside?

These revealing facts prompted Mill to reconsider his apathy on the issue.

“After seeing Gosnell sneer at the line, I see the urgency of public participation in the question. If it is left up to the advocates for unfettered abortion rights, would there be any line at all?” he wrote.

Mill said everyone should watch the movie, especially “Americans like me who avoided the abortion issue because I lacked the moral courage to really think about it and form my own opinion.”

The film has been eye-opening for many Americans. Earlier this month, media entrepreneur Patrick Courrielche and Kathy Zhu, a college student with a huge social media following, also said the film changed their minds about abortion.

“We showed a liberal friend an early cut of the film and he left the theater and started chain-smoking declaring: ‘I’ll have to rethink everything,” they said. “That is why we made the Gosnell Movie – not to make people think a particular thing but to bring facts to people and to make them think again. As journalists and filmmakers it is all we want to do.”

In 2013, a jury convicted Gosnell of murdering three newborn babies and contributing to the death of a female patient, along with numerous other crimes. He was sentenced to three consecutive life terms in prison. The grand jury report found that abortion activists ignored Gosnell, allowing his horrific business to continue for decades.

The film is rated PG-13. Hundreds of theaters across the U.S. are showing the film. For more details, visit gosnellmovie.com.