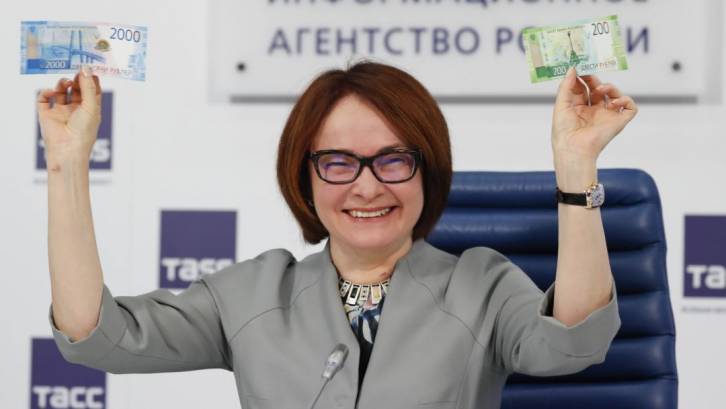 During the ruble crisis of 2014/15 Russia announced in the wake of U.S. and European sanctions over reunifying with Crimea that it would begin building a domestic electronic financial transfer system, an alternative to SWIFT.

That system, System for Transfer of Financial Messages (SPFS), is not only now functioning in Russia, according to a report from RT it now handles the financial transfer data for more than half of Russia’s institutions.

According to Anatoly Aksakov, head of the Russian parliamentary committee on financial markets:

The number of users of our internal financial messages’ transfer system is now greater than that of those using SWIFT. We’re already holding talks with China, Iran and Turkey, along with several other countries, on linking our system with their systems,” Aksakov said.

“They need to be properly integrated with each other in order to avoid any problems with using the countries’ internal financial messaging systems.”

This is a follow up to last month’s boast by the Russians that their system was seeing a lot of international interest.  How much of this is boast and how much of it is reality remains to be seen, but the important point here is that the minute the U.S. weaponized SWIFT for use in its foreign policy, something like this was bound to occur.

China has its own internal system.  And other countries are building theirs as well.

A common theme on this blog is that control is an illusion.  Power is ephemeral.  The best way to exercise your power is to have it but never use it.  Because once you do use it you define for your enemies the costs of their lack of compliance to your edicts.

And if there is one thing humans are good at it is responding to known incentives.  Once we can calculate the cost of one behavior over another we can then decide which one is more important to us.

Once costs of staying in SWIFT rise above the benefits of building your own alternative, you build an alternative.

SWIFT is a market power similar to a CEO having billions in restricted stock in their company.  A lot of hay is made about the net worth of people like Jeff Bezos and Mark Zuckerberg.

Quoting their net worth by multiplying their known holdings times the current price of the stock is useless.  Because they can’t sell it.  It is market power or perceived wealth that evaporates the moment they signal to the market their intention to sell.

In reality, if they tried to sell their stock all at once the value of the stock would plummet as buyers would run for the hills and they would realize far less than their stated net worth before the selling began.

So, if anything they are a captive of their own success, needing to manage the creation carefully to avoid damaging its reputation, market position and, ultimately, its business.

SWIFT is a monopoly system, a monopoly born of convenience and inertia thanks to it being neutral to whims of international political spats.  Enter the late stage of imperial thinking in the U.S. where our control over world affairs is waning first in the hearts and minds of various people around the world and then in policy and you have the beginning of the end of SWIFT as the only international financial transfer system.

Back in 2010, I remember Jim Sinclair banging his shoe on the table about our threatening Switzerland over opening up its customer data looking for ‘tax cheats’ under FATCA.  He said then that the Obama administration was idiotic for doing this.

This is where I got the maxim, once you go nuclear you have no other option.

And he was right.

Then Iran was cut out of SWIFT in 2012 to effect regime change which also failed.  And that woke the world up to the reality.  The U.S. and Europe will attempt to destroy your livelihood if you dare oppose its unilateral demands.

Our political and financial elites, The Davos Crowd, will stop at literally nothing to ensure your compliance.

Too bad that SWIFT is just code.  It’s just an encrypted messaging system.  And like the push to stifle alternative voices on social media — de-platforming Alex Jones and Gab for examples — the solution to authoritarian control is not fighting fire with fire, but technology.

And that’s exactly what Russia has done.  They applied themselves, spent the money and wrote their own code.  Code is, after all, hard to control.

It is also what is happening all over the Internet communications supply chain right now.  The infrastructure independent content producers need to resist corporate control is being built and will see their businesses rise as so many more people are now woke to the reality of the situation.

As Russian banks and businesses reap the benefits of no longer existing under SWIFT’s Sword of Damocles, others will see the same benefits.

I’ve been making this point all year, the more the Trump administration uses tariffs and sanctions to achieve its political goals the more it will ultimately weaken the U.S.’s position worldwide.  It won’t happen overnight.

It will build, gradually, steadily until one day the threat will no longer be there.

We may have already reached that moment as President Trump has ruled out pressuring SWIFT to cut Iran out of the system.  Too bad his evil Treasury Secretary Steve Mnuchin doesn’t agree with him.

But, Mnuchin is living in the past, he doesn’t respect the resistance that’s forming to U.S. financial hegemony.  He will though when it proves ineffectual.

Russia’s SPFS will gain clients across Iran, Turkey, China and the rest of its close trading partners.  This will accelerate the de-dollarization of Russia’s main trade, hydrocarbons, since many of these countries are major buyers of Russian oil.

When you hear the announcement from a German bank under sanctions from the U.S. for trading in Russian energy that it will use SPFS as its transfer system, that will be the real wake up call to the markets.

Change then will comes, forgive the obvious pun, swiftly.