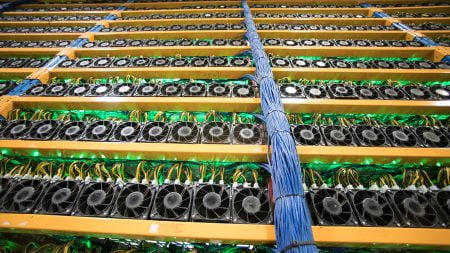 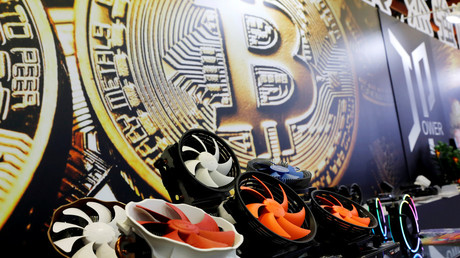 The environmental impact of such huge processing requirements has yet to be fully accounted for, however, global bitcoin mining has surpassed the energy consumption of entire nations in recent years.

“We now have an entirely new industry that is consuming more energy per year than many countries,” said Max Krause, a researcher at the Oak Ridge Institute for Science and Education and lead author of a new study in the journal Nature Sustainability. The top 100 cryptocurrencies in the world have a combined market value of roughly $200 billion (€175 billion).

According to the study, in 2015, Denmark consumed 31.4 billion kilowatt hours of electricity; but as of July 1, 2018, bitcoin mining worldwide had already consumed roughly 30.1 billion kilowatt hours in just six months. One 2017 estimate of the energy-consumption of bitcoin operations worldwide placed it as roughly equivalent to the consumption of the Republic of Ireland.

“We wanted to spread awareness about the potential environmental costs for mining cryptocurrencies,” Krause added. “Just because you are creating a digital product, that doesn’t mean it does not consume a large amount of energy to make it.” 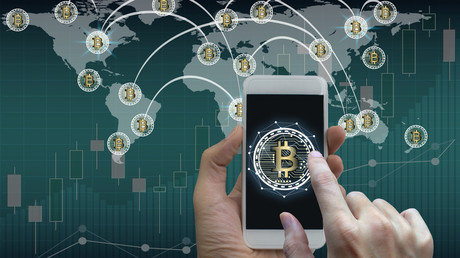 Cryptocurrency mining can be performed by single devices, but is more often done in farms comprising hundreds if not thousands of machines, crunching numbers and performing immense calculations in search of digital treasure, a reward of about about $80,000 in bitcoin.

It’s a first-past-the-post system, with miners rewarded handsomely (or poorly, depending on the recent volatility in the cryptocurrency markets, an oft-covered phenomenon). The researchers used the median crypto value for the top five coins to account for all the volatility in the cryptocurrencies markets. The transactions are confirmed on the distributed global ledger known as the ‘blockchain’.

Krause and his colleague Thabet Tolaymat, an environmental engineer based in Cincinnati, Ohio, calculated the baseline energy cost (measured in megajoules or MJ) to produce one dollar’s worth of the top four cryptocurrencies – bitcoin (17MJ), ethereum (7MJ), litecoin (7MJ) and monero (24MJ) – over a 30-month period ending June 2018.

“The comparison is made to quantify and contextualise the decentralised energy demand that the mining of these cryptocurrencies requires,” the authors write, “and to encourage debate on whether these energy demands are both sustainable and appropriate given the product that results from relatively similar energy consumption (when normalised by market price).”

In addition, the researchers accounted for the environmental footprint variations depending on where the currencies were mined; the vast majority of bitcoin mining takes place in China, for example.

“Any cryptocurrency mined in China would generate four times the amount of CO2 compared to the amount generated in Canada,” the researchers wrote.