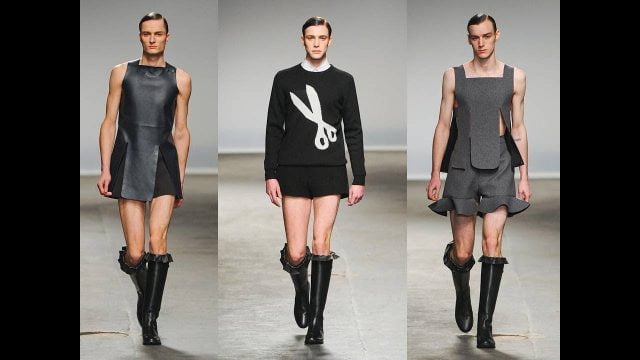 There has been an ongoing effort by the Global Elite to feminize men. 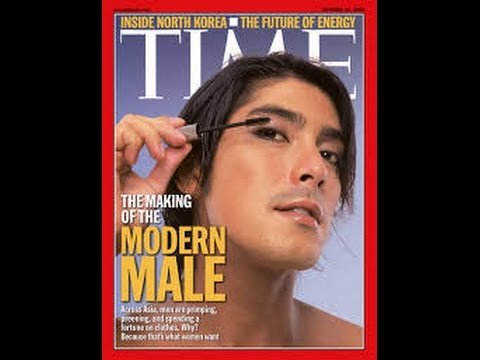 There has been an ongoing effort by the Global Elite to feminize men.

One of the ways this is accomplished is by the use of chemicals, called endocrine disruptors in the food supply that cause hormonal changes, discussed in part 1.

The second method utilized for this purpose is Social Engineering, That is defined, as the covert manipulation of the opinions and habits of the public, in other words, brainwashing the populace.

The term “toxic masculinity”, points to an agenda, that is being pushed by the Media, Hollywood and through education from kindergarten to universities.

Labeling masculinity as toxic is a way of blaming men for simply being men. It suggests that violence committed by men is the result of their biological maleness. In other words, it criminalizes manhood.

Incriminating all men because of the actions of those, who commit violence makes no sense. “Generalizing”, making a judgement on any specific group of people, on the basis of their race, gender, or ethnicity is unfair and inconsiderate.

No reasonable person would believe that masculinity, in an of itself is toxic, so the agenda masquerades different ways. It is presented, as an effort to combat violence, or bullying in school,  social justice for gender equality, sex education, or tolerance for LGBT.

The following are a few examples to illustrate it.

There are now college courses in toxic masculinity, this is  Rhode Island’s Brown’s University’s course description of it:

Miami’s Duke University has a “Men’s Project”, it promises to “increase male allyship in gender equity and gender violence prevention”.

The group’s past events included how all men contribute to rape culture and blaming white manhood for mass shootings in the wake of Las Vegas massacre.

It gets downright bizarre. The University of Regina, Canada hosted a program, called “Man up against violence”. It asked male students to sit in a catholic style confession booth and confess their sin of “hypermasculinity”.

Raising awareness of violence against women, gays, or any racial, or minority groups, focusing on prevention and asking men to get involved is a good thing.

But these program do more than that, they “pathologize” manhood, they try to instill guilt and shame, by convincing young minds, that violence is endemic to masculinity.

Quote from the document:

–       Telling children about “the right to explore gender identities”.

–       “Acceptance of different ways of becoming a child of a family”.

–       “The awareness that relationships are diverse”.

Similarly, in the United States, age-inappropriate LGBT gender identity ideology is being spread in public schools.

California Senate Bill 48, the Fair Education Act, passed in 2011, is now being implemented, to include LGBT perspectives in the textbooks and in the classrooms.

Teaching children the importance of respect and tolerance is constructive. But including ideas in the curriculum, that are challenging even for adults to handle isn’t.

A bogus term, “gender fluidity” has been invented, to create gender confusion among children. This is indoctrination, not education.

Scientists are recruited to promote the agenda and help blur gender lines. In this video, Bill Nye argues, that there are no longer two genders, but a “Caleidoscope” of genders.

Nye isn’t a scientist, but a propagandist, his job is to create the persona of a scientist and misinform the public.

A Professor of Bioethics was quoted as saying: “There isn’t really one way of sorting out males and females. Genes, hormones and genitals are pretty complicated.”

Genitals are now complicated?  Most of the public would agree, that upon closer examination, there appears to be two kinds.

The few examples I included demonstrate, that this agenda, that is best described as a ” War on Men”, or “War on Masculinity”, is waged on many fronts, that impact all aspects of people’s lives.

More and more people around the world are awakening and are starting to realize that they are being deceived by the media and manipulated by the system.

The goal of the emasculation of men is to weaken the population, so that the Elite can retain control.

Eliminating the strong male role model weakens the family unit, which is the backbone of a healthy society  and feminized men with low testosterone levels are less likely to start a revolution and pose a threat to the Global Elite.