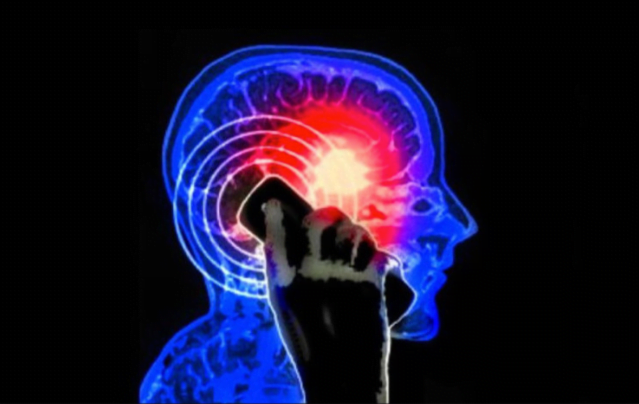 TruePublica Editor: Following on from our exclusive reports (Mobile Phone Cover-Up) (From Phonegate to Dieselgate) by Annelie Fitzgerald who is a member of the Safe Schools Information Technology Alliance, comes this article from Microwave News about research conducted on rats that developed a cancer link that was once thought impossible by the manufacturers of mobile phones and wireless systems that others have long said are dangerous to human health.

Microwave News has been reporting on the potential health and environmental impacts of electromagnetic fields and radiation for years and are widely recognized as a fair and objective source of information on this controversial subject.

“We believe that the link between radiofrequency (RF) radiation and tumours in male rats is real,” says John Bucher, the former associate director of the U.S. National Toxicology Program (NTP).

The announcement accompanies this morning’s release of the NTP final reports of studies on cancer in rats and mice exposed to cell phone radiation. Bucher’s project, the largest in NTP history, cost $30 million and took more than ten years to complete.

The NTP found what it calls “clear evidence” that two different types of cell phone signals, GSM and CDMA, increased the incidence of malignant tumors in the hearts of male rats over the course of the two-year study. Higher incidences of brain and adrenal tumors were also seen, but those associations were judged to be somewhat weaker.

“The NTP has now shown what no one believed was possible before the project started,” Ron Melnick told Microwave News. “The assumption has always been that RF radiation could not cause cancer,” he said, “Now we know that was wrong.” Melnick led the team that designed the animal studies. Melnick retired in early 2009 after close to 30 years as a staff scientist at the NTP.

On close examination, the NTP results are remarkably consistent with both another recent animal experiment and the existing body of epidemiological studies of cell phone users.

The tumours in the hearts of the rats grew in Schwann cells and are known as schwannomas. Schwann cells make the myelin sheath, which insulates nerve fibres and helps speed the conduction of electrical impulses. They are a key component of the peripheral nervous system and can be found in most organs of the body —of mice, rats and humans.

Schwannomas are very rare and none was seen in the unexposed control rats. Yet, these same malignant tumours of the heart were also found in another large cell phone rat study published earlier this year (see our “More Than a Coincidence”). This latter study was carried out at the Ramazzini Institute in Bologna, Italy.

Tumours of the acoustic nerve, which connects the inner ear to the brain, are called acoustic neuromas. They too grow in Schwann cells and are also known as vestibular schwannomas. Higher rates of acoustic neuroma have been found in epidemiological studies of long-term cell phone users.

The tumours in the brains of the exposed rats grew in glial cells and are known as gliomas. Glial cells are closely related to Schwann cells. As NTP points out in its final report on the rat study:

Gliomas have also been reported among long-term users of cell phones, including the Interphone study and epidemiological studies in France and Sweden.

Bucher’s view of the cancer risk of RF radiation has now come full circle. Two years ago, he and Linda Birnbaum, the head of the NTP, released interim findings of the rat study. They did so, they said, because of the consistency of their animal results with the human studies. “We felt it was important to get the word out,” Bucher said at a press briefing in May 2016 (see: “Cell Phone Radiation Boosts Cancer Rates in Animals”). Bucher currently serves as a senior scientist at the NTP.

Then, last February, Bucher made a U-turn and downplayed his own results, saying cell phone use is “not a high risk situation.” His reversal was the subject of much speculation but was never explained (see: “What Changed at NTP?”).

The following month, a peer review by an invited panel of pathologists concluded that the RF link to cancer was stronger than the NTP was acknowledging. The panel recommended that seven different evaluations be upgraded —in effect, advising the NTP to revert to its original conclusions.

The NTP has now accepted the panel’s recommendations and returned to where it was two years ago.

Another of the NTP findings that adds consistency to the overall picture is that DNA breaks were found in the brains of the exposed rats. This needs to be replicated, Bucher said. Last month, NTP presented a paper at a genetic toxicology meeting indicating that cell phone radiation can bring about measurable DNA damage.

Officials in Japan and Korea are planning their own NTP-type study, albeit on a smaller scale —most likely with only male rats

The FDA and the FCC have been briefed on the NTP’s new conclusions, Bucher said. These two federal agencies are responsible for regulating cell phone radiation. (FDA first requested the NTP study in 1999.) Up to now, neither has shown any inclination to warn the public of possible health risks. Both remained silent two years ago when the NTP released its interim findings and expressed concern over their implications for public health.

Even after Bucher reversed course and played down the cancer risk, it was still too strong for the FDA. Jeffrey Shuren, the director of FDA’s Center for Devices and Radiological Health (CDRH), issued a statement calling the NTP findings “ambiguous” and “equivocal.” He said that his agency did not see “sufficient evidence” of adverse health effects in humans and saw no reason to revise current exposure limits.

Melnick, for one, wants to see some action. “It’s time for the FCC and the FDA to tell the public that cell phone radiation can cause cancer,” he said.

FDA/CDRH’s Jeffrey Shuren released a follow-up statement after the release of the NTP final reports. He made it clear that the agency is not planning to make any changes.

He also wrote: “We must remember the study was not designed to test the safety of cell phone use in humans, so we cannot draw conclusions about the risks of cell phone use from it.” He neglects to mention that the FDA made a formal request to the NTP for the study in 1999.

A copy of the NTP rat study is available here; the mouse study is here.
See also NTP fact sheet and press release.