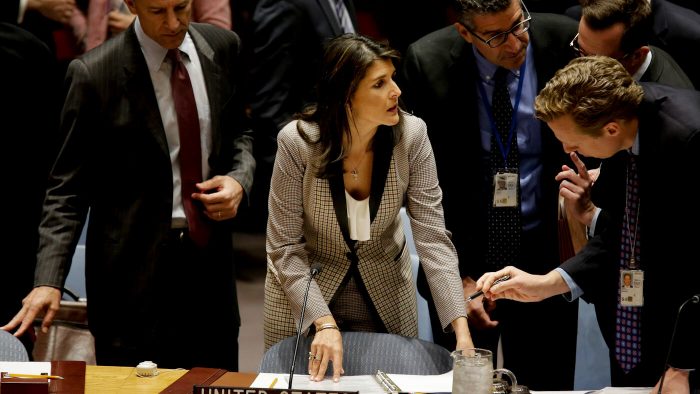 The US and Israel exerted a lot of effort in trying to ensure that the resolution was passed because while General Assembly resolutions are non-binding on member states, they are considered to be a barometer of world opinion. 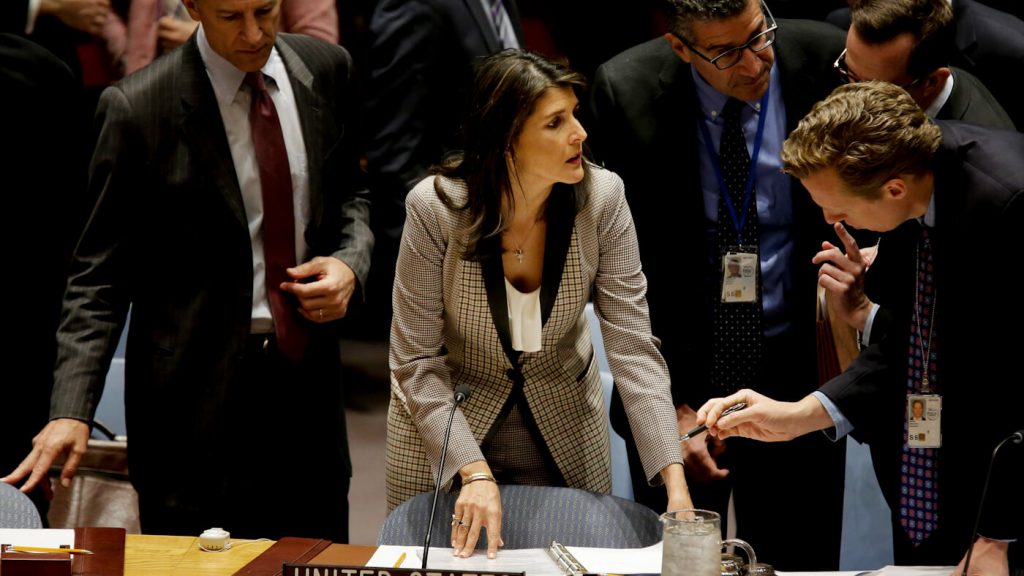 A US-drafted resolution condemning the Palestinian resistance movement Hamas and other Palestinian factions has failed to get the required majority for adoption by the UN General Assembly. This was despite the US “warning” countries which planned to vote against the proposal.

The US and Israel exerted a lot of effort in trying to ensure that the resolution was passed because while General Assembly resolutions are non-binding on member states, they are considered to be a barometer of world opinion. Introducing the resolution, the US Ambassador to the UN, Nikki Haley, appealed for countries to put to one side their different views of the Israel-Palestine conflict and vote for the resolution. At one stage, Haley seemed to be begging member states not to oppose the US text.

“The General Assembly has passed over 700 resolutions condemning Israel and not one single resolution condemning Hamas,” she declared. That is arguably more a reflection of Israel’s contempt for international law than a condemnation of the General Assembly. Haley’s efforts were in vain; the resolution fell short of the two-thirds majority needed for it to be adopted.

Hamas, the Palestinian Authority and other Palestinian factions celebrated the failure of the US-Israeli alliance and thanked all of the countries which voted against the resolution. “The failure of the American venture at the United Nations represents a slap to the US administration and confirmation of the legitimacy of the resistance,” said Hamas spokesman Sami Abu Zahri. PA President Mahmoud Abbas also hailed the failure of the vote: “The presidency thanked all the states who voted against the American draft resolution, affirming that it will not allow for the condemnation of the Palestinian national struggle.”

The US-Israel failure at the international forum was a demonstration of all of the Palestinian factions standing together in defense of the legitimate rights of the people of Palestine to resist the Israeli colonial occupation of their land. It was also a common stand against international attempts to undermine those rights, including — as enshrined in international law — the right of resistance against military occupation.

“Palestinian unity against this resolution stresses that the real struggle is with the Israeli occupation and its allies, not against the Palestinian factions, whoever they are,” insisted the deputy leader of Fatah, Mahmoud Al-Aloul. He reiterated that unity is the most important weapon available for the Palestinians in their “battle for freedom.”

According to one member of the political bureau of the Popular Front for the Liberation of Palestine, Jamil Mezhir, the result at the UN is a strike against the US and Israel who have been trying to “criminalize the Palestinian national resistance.” This was echoed by his counterpart with the Democratic Front for the Liberation of Palestine, Tala Abu Zarifa, who suggested that the failure to get the resolution adopted, “is a victory for international justice and the legitimacy of the Palestinian resistance.” Daud Shehab of Islamic Jihad described the vote as a “slap for the US and the Israeli occupation who have been promoting lies at the international podium.”

Indeed, the vote at the UN reflected a growing understanding of the Palestinian position on the struggle for freedom and the legitimacy of resistance to the Israeli occupation. It is also an indication that a majority of UN member states do not believe that the issue can be resolved by Israeli force and propaganda imposing a solution on the Palestinians. Legitimate rights must be preserved in any comprehensive resolution, starting with an end to Israeli violations and aggression.]

Interestingly, the response to the vote revealed the real face of Israeli democracy, which is hostile towards anyone who does not support it blindly, including its colonial occupation and contempt for international laws and conventions. In attempting to justify this, Israel, as usual, has gone on the offensive and played the victim card. In reality, of course, nuclear-armed Israel is far from being the victim in all of this. Its idea of self-defense is to bomb and kill first and maybe, just maybe, ask questions later.

That is why Israel’s Ambassador at the UN, resorted to calling legitimate resistance “evil” in his response. “Your silence in the face of evil reveals your true colors,” Danny Danon told the world. This is a man who is on record calling for the leveling of the Gaza Strip and saying that the ruling Likud Party has “no place for anyone supporting a peace agreement with the Palestinians.” Israel’s idea of “truth” (“We will continue to fight for the truth!” tweeted Danon yesterday) is that it regards as an enemy anyone who does not support its killing of Palestinian civilians as they call for the implementation of their legitimate right to return to their land.

Following the failure of the US-sponsored resolution, the UN General Assembly overwhelmingly passed a resolution proposed by Ireland which called for “the achievement, without delay, of a comprehensive, just and lasting peace in the Middle East on the basis of the relevant United Nations resolutions,” including Resolution 2334. It also called for an end to the Israeli occupation and stressed “unwavering” support for the two-state solution based on the pre-1967 borders. According to Danon, who opposes the two-state solution, this was simply, “Another anti-Israel resolution.”

Such Israelis don’t seem to get it. The UN has passed “700 resolutions” condemning Israel because Israel breaks international law with its colonial policies and aggressive actions against the people of Palestine. If they truly want an end to the conflict — and the views of representatives like Danny Danon suggest that, officially at least, Israelis don’t — then they have to change their policies and stop violating Palestinian rights. Only then will a just peace be possible. That is the truth and significance of the failure of the US-Israel alliance at the UN General Assembly this week.