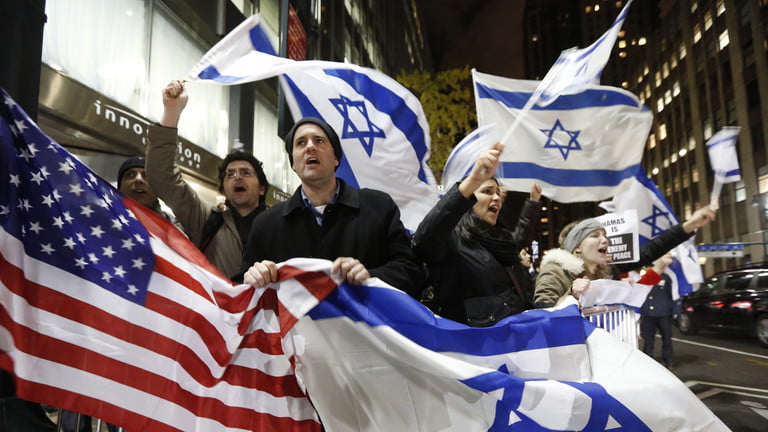 “US Politicians forgot what country they represent”

With the start of the 2019 legislative session, one might hope the US Senate would prioritize ending the two-week government shutdown. Instead, the Senate’s first bill of the year reportedly aims to protect Israel from boycotts.

According to The Intercept, the first piece of legislation to be rolled out by the 2019 GOP-controlled Senate will give the US government the authority to cut ties with companies that choose to boycott Israel. The not-very-America-first decree is part of a series of foreign policy-related measures which will make up S.1 – the designation given to the symbolically important first bill of the session.

The boycott-banning legislation has apparently taken precedence over the ongoing government shutdown – already the third-longest on record, shuttering nine departments and leaving hundreds of thousands of government workers without paychecks.

The Senate sure has got its priorities straight. In the midst of devastating #shutdown, THE FIRST order of business is a bill defending #Israel from boycott, divestment, sanctions campaign at expense of our 1st Amendment rights. #BDSMovement #FreePalestine https://t.co/a3NtQJWSRV

With Senator Marco Rubio (R-Florida) as the lead sponsor, the Combating BDS Act is expected to receive bipartisan support. Coincidentally, punishing corporations and individuals who support the BDS (Boycott, Divestment and Sanctions) movement is a top legislative priority for AIPAC, the powerful pro-Israel lobby. The bill was previously introduced (but never passed) last year, and gave state and local governments the authority to refuse to do business with US firms participating in a boycott against Israel. Similar anti-BDS legislation has already been adopted in 26 states. So far, two federal courts have ruled that punishing companies or individuals who boycott goods produced in Israel violates constitutionally-protected rights under the First Amendment.

S.1 is purportedly being specially drafted to avoid similar legal challenges – but has already come under fire from civil liberties groups. In a comment provided to The Intercept, the ACLU said that the bill would “weaken Americans’ First Amendment protections” and “sends a message to Americans that they will be penalized if they dare to disagree with their government” – or Israel, for that matter.

The ACLU on the bipartisan Senate attempt – in the midst of the shutdown! – to pass as its first bill a new law to punish the free speech rights of American citizens in defense of Israel https://t.co/AZOfTIg9vF pic.twitter.com/BDJ6Q427Z3

Many on Twitter expressed disgust that senators were giving Israel priority over their own constituents.

The bullsh-t line of “America First” that these Neo-Cons love to spew are nowhere to be found. This Bill is an attack on American Civil Liberties aka. on AMERICA #America #Trump #GOP #Israel #MinuteMen #SaturdayThoughts #Congress #Senate

If the bill passes the Senate, it would then go before the Democrat-controlled House, where Nancy Pelosi may have to choose between her ardent support for Israel – or freedom of speech.