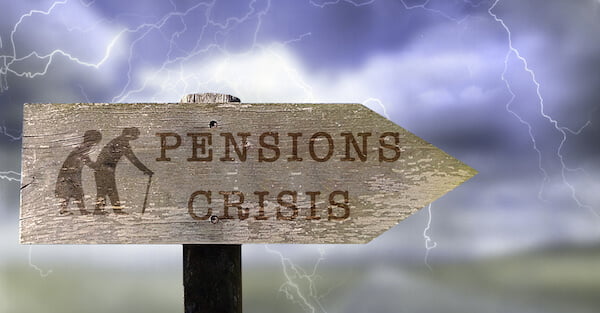 Actions have consequences.  Even for the Fed.

That’s not a reference to the market’s grumpy reaction to the central bank’s continued rate hikes and quantitative tightening.  No.  The impact of both on financial assets were as obvious as they were inexorable.  To be sure, Wall Street’s resident soothsayers had a good run spinning tales that ‘this time’ was different. A tightening Fed, we were assured, was a good thing—a ringing endorsement of the economy’s indefatigable strength. But, in the end, there was simply no way around the basic fact: Just as rate cuts and QE were designed to expand the pool of credit and incent the embrace of risk, so would rate hikes and QT necessarily beget the reverse. And so they have.

But while the impact of receding liquidity and the reduced reward for reckless speculation and risk-taking have finally begun to play out on Bloomberg screens everywhere, the real devastation has yet to be revealed.  In the ensuing weeks and months the full and lugubrious legacy of the Fed’s great monetary experiment of the last decade will finally come into view.

Beyond inflating and bursting a bubble in corporate debt (with leveraged loans acting as posterchild), the Fed’s decade-long financial repression has had a far larger and more sinister impact: It has silently bankrupted the US pension system. 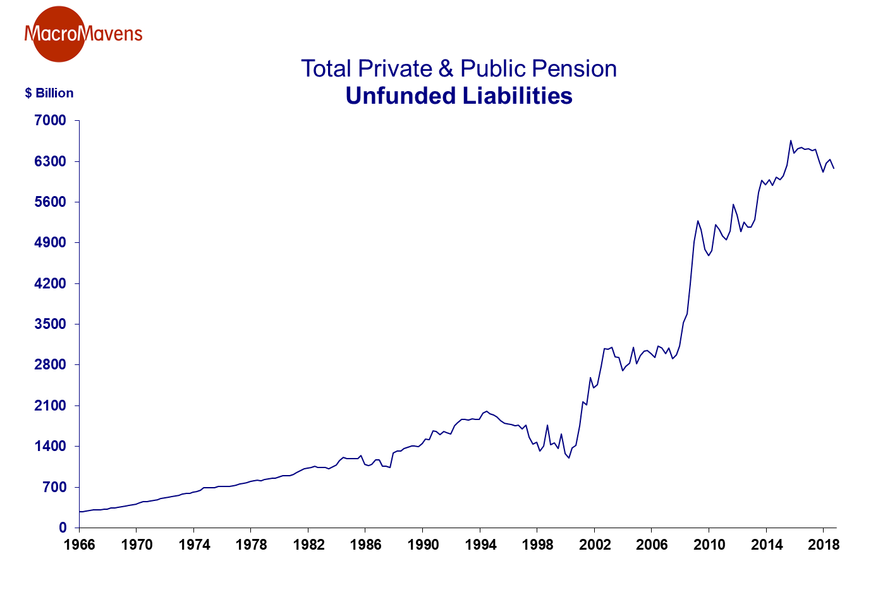 Jason Bond was a broke schoolteacher deep in debt with no hope… Until he discovered THREE simple patterns that would forever change his life. Now he shows others how they can do it. You owe it to yourself to watch exactly how Jason did it right here.

Here are the numbers from no lesser authority than the institution responsible for this destruction itself: the Federal Reserve.   By their calculations, at the end of the 3rd quarter, the funding shortfall of U.S. pension plans (public and private) stood at -$6.18t.  That’s trillion, with a capital ‘t’.  To put that in perspective, that’s roughly 30% of GDP:

But that’s not even the scary part.  The scary part is that this is the funding deficit NOW…after a decade of rampant financial asset inflation and a 10-year economic expansion. One shudders to imagine what the picture will look like as these tailwinds reverse.  If the last two cycles are any indication, it won’t be pretty. The DotCom bust sent the cumulative deficit from -$1.2t to -$3.1t and the GFC saw it swell from -$2.9t to -$5.3t.  Split the diff’ at a doubling of the deficit and we’d be looking at a hole of $12t before you can blink.

The numbers are hard enough to fathom, much less figure a way out of.  No amount of fancy accounting footwork can bring these obligations into a realm where they can possibly be fulfilled.  Nor, I regret to add, does the standard operating procedure – blow it off and hope that time solves the problem.   With our rapidly-aging population, more and more retirees are knocking on the door to collect their benefits every day.

At its enormous size, even the effort to begin shoring-up these pension deficits (rendered newly urgent by the market meltdown) will have a material economic impact.  At the state and local level, balanced budget mandates are such that any monies directed to pensions will need to be diverted from spending and/or conjured via higher taxes.  And for corporations, freshly turned-out of the credit markets, the dough will come out of hiring and capex and/or share buybacks.  In the (likely) alterative that these untenable pension obligation are renegotiated and/or reneged upon instead, the saving onus would simply be passed from employer to employee.  And newly disenfranchised day laborers would be forced to ramp-up saving, by cutting spending.  Either way, the economy will take a material hit.

It’s true that the mushrooming of these deficits has occurred by dint of the Fed’s low interest rates over these last several years, which swelled the present discounted value of future obligations.  However, as the recent market action (and the experience of the last two times the Fed tightened into a bubble of its own making) makes plain, higher rates are hardly going to act as a cure…far from it.  At the risk of spilling any state secrets, the only way pension managers had a chance to meet 8% return assumptions in a 1% risk-free world was to stretch into the deepest corners of risk assets, now blowing up. 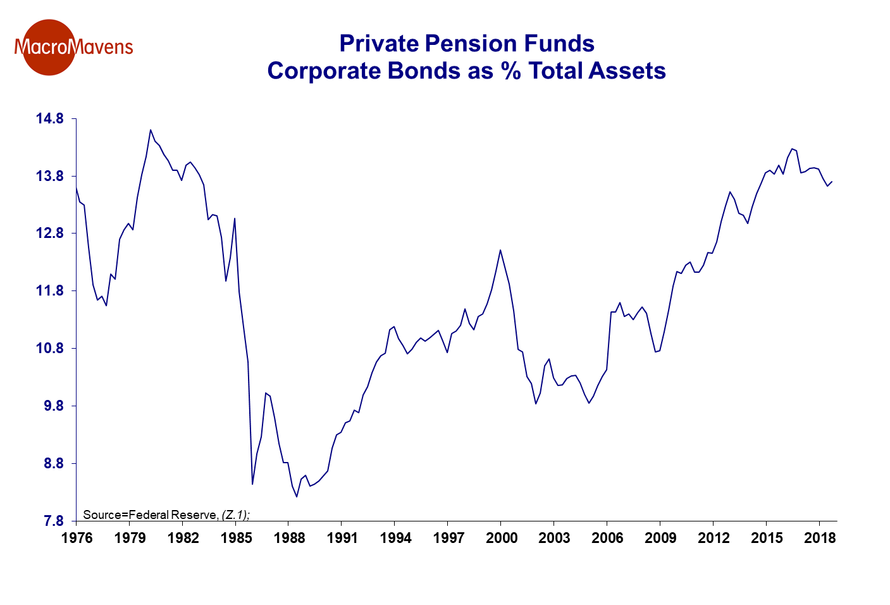 Sigh.  This was all totally foreseeable.  For the 3rd time in as many decades we are being reminded that the solution for excess debt is not, in fact, to incent economic and financial agents to borrow MORE.  Inflating financial assets in the hopes that, one day, the economy rises to meet them is a dangerous exercise—one that isn’t rendered any less perilous by a Fed that (incredibly) imagines it can ratchet-up rates and tighten the credit upon which both rest without consequence ?!!

After 9 ½ years of expanding economic activity and a decade of rising asset prices and falling volatility, it’s a reality which investors had altogether forgotten (and which the Fed obviously never recognized in the first place).  But it’s one that is about to come into sharp focus.