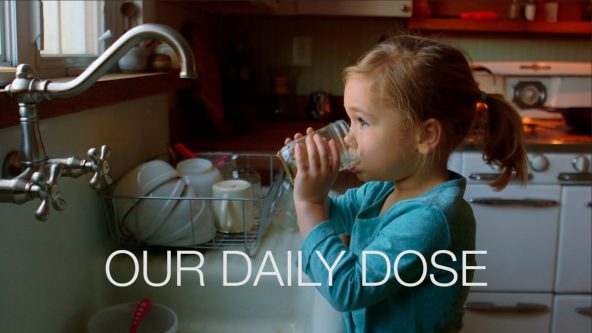 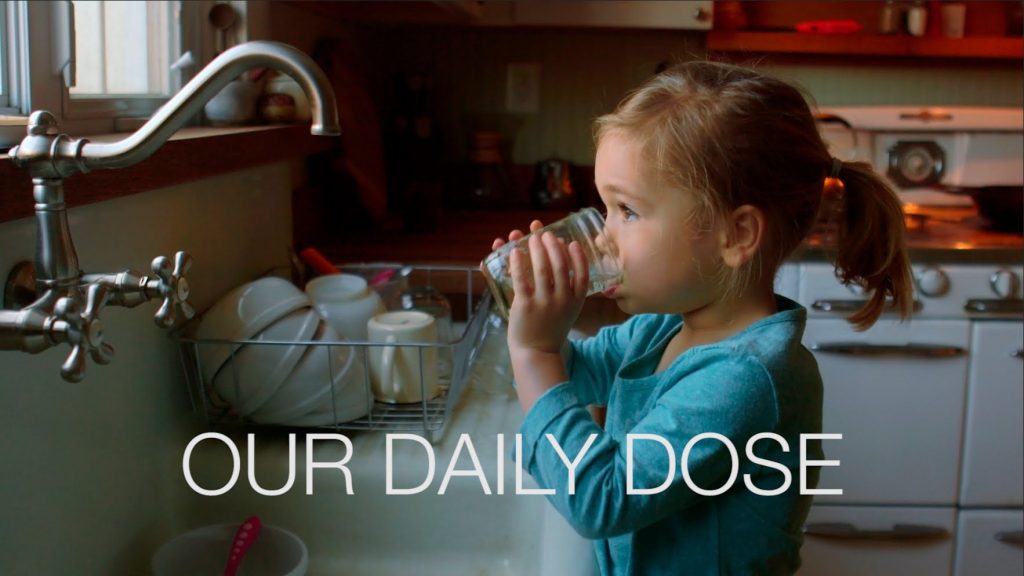 Globally, roughly 5% of the population consumes chemically fluoridated water, but more people in the U.S. drink fluoride-adulterated water than in all other countries combined.

Within the U.S., just under a third (30%) of local water supplies are not fluoridated; these municipalities have either held the practice at bay since fluoridation’s inception or have won hard-fought battles to halt water fluoridation.

The chemicals undergo no purification before being dumped into drinking water and often harbor significant levels of arsenic and other heavy metal contamination; one researcher describes this unavoidable contamination as a

“regulatory blind spot that jeopardizes any safe use of fluoride additives.”

Dozens of studies and reviews—including in top-tier journals such as The Lancet—have shown that fluoride is neurotoxic and lowers children’s IQ. Fluoride is also associated with a variety of other health risks in both children and adults.

However, U.S. officialdom persists in making hollow claims that water fluoridation is safe and beneficial, choosing to ignore even its own research!

A multimillion-dollar longitudinal study published in Environmental Health Perspectives in September, 2017, for example, was largely funded by the National Institutes of Health and National Institute of Environmental Health Sciences—and the seminal study revealed a strong relationship between fluoride exposure in pregnant women and lowered cognitive function in offspring.

Considered in the context of other research, the study’s implications are, according to the nonprofit Fluoride Action Network, “enormous”—“a cannon shot across the bow of the 80 year old practice of artificial fluoridation.”

“According to declassified government documents summarized by Project Censored, Manhattan Project scientists discovered early on that fluoride was a leading health hazard to bomb program workers and surrounding communities.”

During World War II, fluoride (a compound formed from the chemical element fluorine) came into large-scale production and use as part of the Manhattan Project.

According to declassified government documents summarized by Project Censored, Manhattan Project scientists discovered early on that fluoride was a “leading health hazard to bomb program workers and surrounding communities.”

In order to stave off lawsuits, government scientists:

“embarked on a campaign to calm the social panic about fluoride…by promoting its usefulness in preventing tooth decay.”

To prop up its “exaggerated claims of reduction in tooth decay,” government researchers began carrying out a series of poorly designed and fatally flawed community trials of water fluoridation in a handful of U.S. cities in the mid-1940s.

In a critique decades later, a University of California-Davis statistician characterized these early agenda-driven fluoridation trials as:

As one example, a 15-year trial launched in Grand Rapids, Michigan in 1945 used a nearby city as a non-fluoridated control, but after the control city began fluoridating its own water supply five years into the study, the design switched from a comparison with the non-fluoridated community to a before-and-after assessment of Grand Rapids.

Fluoridation’s proponents admitted that this change substantially “compromised” the quality of the study.

In 1950, well before any of the community trials could reach any conclusions about the systemic health effects of long-term fluoride ingestion, the U.S. Public Health Service (USPHS) endorsed water fluoridation as official public health policy, strongly encouraging communities across the country to adopt the unproven measure for dental caries prevention.

Describing this astonishingly non-evidence-based step as “the Great Fluoridation Gamble,” the authors of the 2010 book, The Case Against Fluoride, argue that:

“Not only was safety not demonstrated in anything approaching a comprehensive and scientific study, but also a large number of studies implicating fluoride’s impact on both the bones and the thyroid gland were ignored or downplayed” (p. 86).

The authors of The Case Against Fluoride persuasively argue that “bad science” and “powerful politics” are primary factors explaining why government agencies continue to defend the indefensible practice of water fluoridation, despite abundant evidence that it is unsafe both developmentally and after “a lifetime of exposure to uncontrolled doses.”

The research assembled by the book’s authors includes studies on fluoride biochemistry; cancer; fluoride’s effects on the brain, endocrine system and bones; and dental fluorosis.

With regard to the latter, public health agencies like to define dental fluorosis as a purely cosmetic issue involving “changes in the appearance of tooth enamel,” but the International Academy of Oral Medicine & Toxicology (IAOMT)—a global network of dentists, health professionals and scientists dedicated to science-based biological dentistry—describes the damaged enamel and mottled and brittle teeth that characterize dental fluorosis as “the first visible sign of fluoride toxicity.”

The important 2017 study that showed decrements in IQ following fluoride exposure during pregnancy is far from the only research sounding the alarm about fluoride’s adverse developmental effects.

In his 2017 volume, Pregnancy and Fluoride Do Not Mix, John D. MacArthur pulls together hundreds of studies linking fluoride to premature birth and impaired neurological development (93 studies), preelampsia (77 studies) and autism (110 studies).

The book points out that rates of premature birth are “unusually high” in the United States.

At the other end of the lifespan, MacArthur observes that death rates in the ten most fluoridated U.S. states are 5% to 26% higher than in the ten least fluoridated states, with triple the rate of Alzheimer’s disease. A 2006 report by the National Research Council warned that exposure to fluoride might increase the risk of developing Alzheimer’s.

The word is out

Pregnancy and Fluoride Do Not Mix shows that the Institute of Medicine, National Research Council, Harvard’s National Scientific Council on the Developing Child, Environmental Protection Agency (EPA) and National Toxicology Program all are well aware of the substantial evidence of fluoride’s developmental neurotoxicity, yet no action has been taken to warn pregnant women.

Instead, scientists with integrity, legal professionals and the public increasingly are taking matters into their own hands. A Citizens Petition submitted in 2016 to the EPA under the Toxic Substances Control Act requested that the EPA “exercise its authority to prohibit the purposeful addition of fluoridation chemicals to U.S. water supplies.”

This request—the focus of a lawsuit to be argued in court later in 2019—poses a landmark challenge to the dangerous practice of water fluoridation and has the potential to end one of the most significant chemical assaults on our children’s developing bodies and brains.