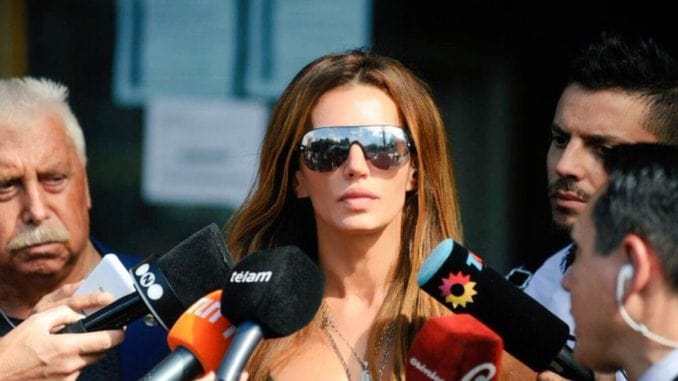 A Playboy model who uncovered evidence of an international elite pedophile ring has been found dead just weeks after publicly stating that she was fearing for her life and would “never commitsuicide.”

Model and actress Natacha Jaitt, 41, said that if she was found dead in suspicious circumstances it would be due to her attempts to expose the pedophile ring.

Ms Jaitt shot to fame in Europe after travelling to Spain from Argentina to find her fortune with just ten dollars in her pocket. Soon she was socializing with some of the wealthiest and most powerful people on the planet — and learning their secrets.

In 2018 the mother of two young children accused high-level politicians, sports stars, and entertainers of being involved in an international “evil beyond your worst nightmares” pedophile ring that systematically kidnaps children before plunging them into a life of depravity and ritual rape and torture.

On Twitter she warned she would be ‘killed’ for sharing her discoveries with the world. Stating that if she died in the near future it would not be a suicide bid but related to her attempts to expose the high-ranking pedophiles, the famous model attempted to warn the world about the danger of exposing the elite pedophile ring.

In Spanish she wrote in April last year: ‘WARNING: I am not going to commit suicide, I am not going to take too much cocaine and drown in a bath, or shoot myself. So if this happens, IT WASN’T ME. Save this Tweet.’

However, after being found dead in Argentina on Saturday, the coroner quickly declared that Natacha Jaitt had suffered a drug overdose before closing the case.

According to her brother she did not take drugs because because they would have reacted badly with medication she had been prescribed and she felt a responsibility to set a good example to her two children.

Her lawyer and her brother are both alleging that Ms Jaitt’s death was a murder.

Police are investigating the circumstances of the death as well the five people who were in the house just before she was discovered, according to local reports.

Jaitt was survived by two children and a brother.

She was a very brave woman who exposed a lot of info about pedophilia among high-ranking figures. If you watch and listen to the entire conversation, you will notice how difficult it is for other people to accept the ugly truth.

Many of those involved in child sex trafficking and abuse HIDE BEHIND A VENERATED IMAGE. They are looked up in society, hold prestigious positions, show the public they are faultless, they pretend to be humanitarians donating money for good causes… they may even be in positions fighting the very crime they are involved in.

It doesn’t take a rocket scientist to figure out that the best way to hide your crime is to make it utterly impossible for people to believe you are capable of committing evil acts.