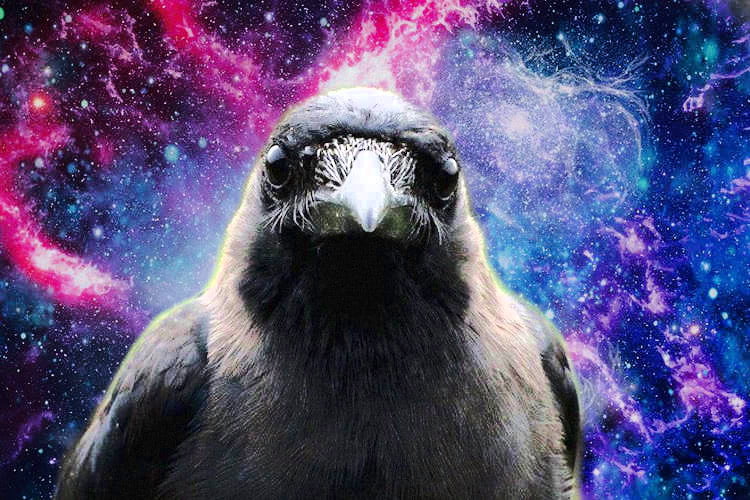 Humans have always considered ourselves much different animals, and we look at our apparent superior intellect, analytical mind, self-awareness, and expanded consciousness as the dividing line between us and them. Primates for example, have always been considered our closest cousins, and while we do credit them with being intelligent, our understanding of how they experience the world has never included the notion that they may be just as conscious as we are.

Orangutans, after all, will even fight for their land, just as we would, when threatened with total destruction.

Scientists today are re-thinking all of this, however, in light of some interesting behaviors we’ve seen in the animal kingdom, which suggest an evolutionary process of increasing mental faculties, or expanding consciousness, may be taking place. Either that or human consciousness is evolving to include greater possible realities in which animals play a role. Or perhaps, both.

“This idea that animals are conscious was long unpopular in the West, but it has lately found favor among scientists who study animal cognition. And not just the obvious cases—primates, dogs, elephants, whales, and others. Scientists are now finding evidence of an inner life in alien-seeming creatures that evolved on ever-more-distant limbs of life’s tree. In recent years, it has become common to flip through a magazine like this one and read about an octopus using its tentacles to twist off a jar’s lid or squirt aquarium water into a postdoc’s face. For many scientists, the resonant mystery is no longer which animals are conscious, but which are not.” [Source]

Indeed, many stories follow this greater trend. As we reported on in 2017, a number of remarkable new behaviors have been documented, and studies are also revealing that fish feel pain and even capable of deception, perhaps even faking orgasms.

“Researchers at Lund University in Sweden have caught New Calendonian crows carrying two items at once using a stick – a feat normally only seen in the human race. First one crow slipped a wooden stick into a metal nut and flew away, and just a few days later another crow conducted a similar behavior, carrying a large wooden ball with a stick.

Octopuses exhibit amazing abilities, including short and long-term memory. They’ve even been known to sneak aboard fishing vessels and pry open crabs caught be fishermen – no tools needed. They are also such great escape artists, they can squeeze through openings no bigger than their eyeballs.

Scientists also have documented monkeys called Serra da Capivara capuchins making stone “tools” that bear a striking resemblance to early human implementations for digging, cutting meat, or opening nuts. The sharp rock “tools” made when the moneys bang one rock on top of another are so similar to ancient tools made by early humans, that archeologists are having to rethink giving credit to previous human civilizations.

Chimps in Bakoun, Guinea recently stunned scientists when they were found using long twigs like fishing poles, dragging the rods in water to scoop up algae that they could then eat. The footage is an affront to the notion that people are the only intelligent creatures with an ability to consciously evolve.

Even bees are exhibiting more complex behaviors. Researchers at Queen Mary University of London (QMUL) have discovered that bumblebees can learn how to carry out complex instructions, and then pass that knowledge along to other bees in the hive.

Scientists set up an experiment with three artificial flowers containing sugar-water and attached pieces of string to each flower. They were then placed inside a clear, Plexiglas panel with just the strings poking out. Researchers were curious to see if the bees could problem-solve and get the ‘nectar’ from the fake flowers.

Amazingly, when a new group of bees was introduced to the problem, 60 percent were able to pick up the new skill simply by observing the other ‘trained’ bees access the reward.” ~Christina Sarich

Since then, we’ve seen primates use a ladder to escape a zoo enclosure, Crows are particularly interesting in this regard…

“Crows are among the most sophisticated avian technologists. They have long been known to shape sticks into hooks, and just last year, members of one crow species were observed constructing tools out of three separate sticklike parts. In Japan, one crow population has figured out how to use traffic to crack open walnuts: The crows drop a nut in front of cars at intersections, and then when the light turns red, they swoop in to scoop up the exposed flesh.”

Crows recognize individual human faces. They are known to blare vicious caws at people they dislike, but for favored humans, they sometimes leave gifts—buttons or shiny bits of glass—where the person will be sure to notice, like votive offerings. [Source]

An interesting experiment in Seattle sheds light on the social nature of crows and how they share information among themselves to warn each other of danger and hostile actors.

You have to wonder, though, if this process could in some way be a natural survival mechanism kicking in as animals across the globe are facing new threats of extinction due to poaching, industry, and environmental disaster. The following thoughts from Christina Sarich speak to the heart of what this all means to us as human beings on a planet shared with literally trillions of other conscious creatures.

“As we move through these challenging times, we can lose sight of the fact that an ever-increasing level of energetic momentum is supporting our own movement out of lower-level consciousness. While those on the political stage continue to war, collaboration is a new norm. We are becoming more compassionate.

As we outgrow old relationships, new ones emerge to support us at a higher level of consciousness. Imagine poor Rocky trying to converse with the other apes after learning multiple human languages. We, too will learn new ways to communicate with others.

Even our modes of transportation are dying, but we can celebrate the uncoupling of the US dollar to the petro-banking, usury-based system, and embrace new technologies that will give us clean fuels and what before would have seemed to be outrageous ways to move both here on earth and in the skies above.

Soon, we’ll be talking to the animals, and sharing tool-building skills with the birds. All of us are in it together, growing toward a more expanded understanding of what it means to be alive.”~Christina Sarich