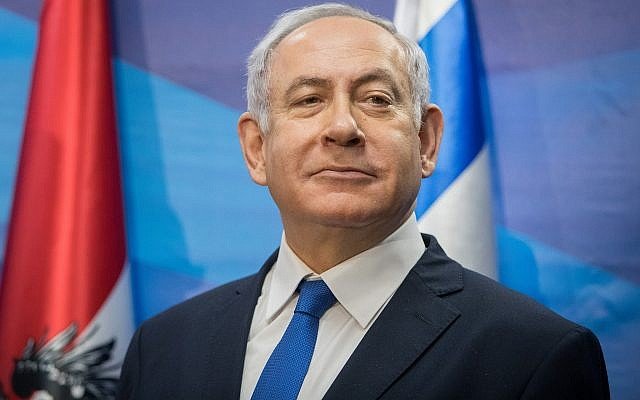 AG’s decision is legal bombshell ahead of April 9 elections, marks first time in Israel’s history that serving PM is told he faces criminal charges; premier to speak at 8 p.m.

In a decision that drastically shakes up Israeli politics less than six weeks before general elections, Attorney General Avichai Mandelblit announced Thursday that Prime Minister Benjamin Netanyahu will be charged with criminal wrongdoing in three separate cases against him, including bribery in the far-reaching Bezeq corruption probe, pending a hearing.

The decision marks the first time in Israel’s history that a serving prime minister has been told he faces criminal charges, and casts a heavy shadow over Netanyahu’s re-election campaign.

The attorney general detailed the allegations in a 57-page document that was released on Thursday evening.

Mandelblit, in his decision, wrote that according to suspicions the prime minister “damaged the image of the public service and public trust in it” and is suspected of abusing his position and status, and of knowingly “taking a bribe as a public servant in exchange for actions related to your position.” 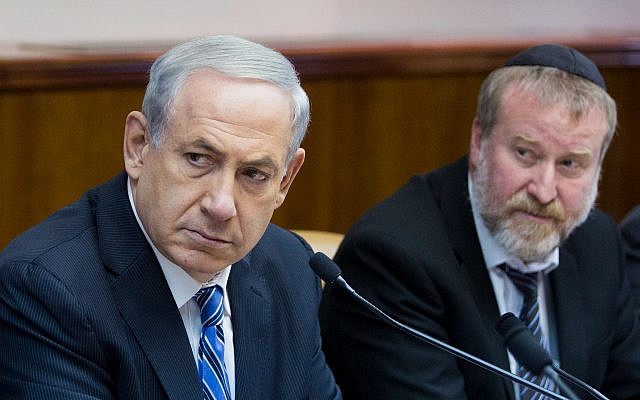 “This is hugely significant — for the prime minister and for all of us,” said Suzie Navot, a professor of constitutional and parliamentary law. “This was an investigation conducted with caution, with restraint — some would say too much restraint, over too long. The evidence was checked and re-checked.” The attorney general knew full well how dramatic would be the political fallout, she said. “And yet the decision was taken to indict, in all three cases.”

Despite reported recommendations from the state attorney and police that the prime minister stand trial for bribery in all of the cases, Mandelblit opted for the lesser charge of fraud and breach of trust in two of the affairs.

Mandelblit said he would not pursue legal action against Netanyahu’s wife Sara and son Yair, who had also been suspects in the cases.

Responding to the decision, Netanyahu’s Likud party continued to insist that “there is nothing” to the cases against the premier. It accused “the media and the left” of pressuring the attorney general into the decision. “No one is surprised by the announcement,” the party said.

It further claimed that “the witch hunt against the prime minister began with an attempt to hit him with four bribery cases. Even before the hearing, three of those have collapsed.”

Netanyahu was set to give a statement to the media on the decision at 8 p.m.

The prime minister is currently seeking reelection in the April 9 elections against an opposition invigorated by the entry into politics of ex-IDF chief of staff Benny Gantz.

Thursday’s announcement of the intention to indict the prime minister — who long argued that the decision should be postponed until after the vote so that it would not affect public opinion — places Netanyahu’s legal situation front and center in the campaign.

The decision to press charges, pending a hearing, in the criminal investigations against Netanyahu could have a game-changing impact on the elections, a Times of Israel poll published earlier Thursday showed. The ruling Likud party could lose both a significant chunk of support, as well as its ability to form a coalition after the vote, the survey, published overnight Wednesday-Thursday, indicated.

Netanyahu can request a hearing to contest the planned indictment, in a process that could take up to a year, during which time he is not legally obliged to step down. Israeli law only requires that a prime minister step down if convicted, but experts have suggested that Netanyahu could have a “problem” if he seeks to stay in office after a formal indictment is filed at the completion of a hearing process. Under law and High Court of Justice precedent, ministers other than the prime minister are required to step down in such a situation. There is no clear legal rule regarding the prime minister.

Thursday’s announcement came after a last-ditch attempt to prevent Mandelblit from announcing the charges. Netanyahu’s Likud party filed a petition with the High Court of Justice Thursday morning, seeking to stop the attorney general from publishing his decision, but the court rejected the plea on Thursday afternoon.

In Case 1000, involving accusations that Netanyahu received gifts and benefits from billionaire benefactors including Israeli-born Hollywood producer Arnon Milchan in exchange for favors, Mandelblit said he intends to charge Netanyahu with fraud and breach of trust — the latter being a somewhat murkily defined offense relating to an official violating the trust the public has placed in him. Milchan is not to be charged.

Mandelblit, in his decision, wrote that according to suspicions “You damaged the image of public service and the public’s trust in it, in that while serving in public positions, and formost as prime minister, you maintained for years an inappropriate relationship with Milchan and Packer.

“This included receiving “benefits connected to your public positions” totaling over NIS 700,000 and acting “in favor of businessman Milchan while in a severe confliuct of interest.

“In your actions you allegedly abused your position and status and significantly and seriously harmed the propriety of the public administration, the integrity of public servants and public trust in public servants.”

In Case 2000, involving accusations Netanyahu agreed with Yedioth Ahronoth newspaper publisher Arnon Mozes to weaken a rival daily in return for more favorable coverage from Yedioth, Mandelblit will seek to charge the premier with fraud and breach of trust, while Mozes will be charged with bribery. The case is said to have been a contentious one in Mandelblit’s office, with many prosecution officials reportedly arguing that Netanyahu should be charged with bribery, while Mandelblit considered not charging the prime minister at all.

Mandelblit said that according to suspicions Netanyahu and Mozes “recognized that the one had the ability to promote the other’s interest” in the run up to the 2015 elections and discussed such possibilities.

“According to suspicions, in your actions while performing your duties you have committed acts that amount to breach of trust, and have caused substantial harm to the integrity [of the position] and the public’s trust.”

In Case 4000, widely seen as the most serious against the premier, Netanyahu is accused of having advanced regulatory decisions that benefited Shaul Elovitch, the controlling shareholder in the Bezeq telecom giant, in exchange for positive coverage from the Elovitch-owned Walla news site. In that case Mandelblit announced he intends to charge Netanyahu with fraud and breach of trust, and both Netanyahu and Elovitch with bribery.

Mandelblit said that according to suspicions the relationship between Netanyahu and Elovitch was “based on give and take,” and the prime minister’s actions benefiting Elovitch netted the businessman at least NIS 1.8 billion ($500 million) between 2012-2017. In exchange, Elovitch’s Walla news site “published your political messages that you wished to convey to the public.

“You took benefits…while knowing you were taking a bribe as a public servant in exchange for actions related to your position.” 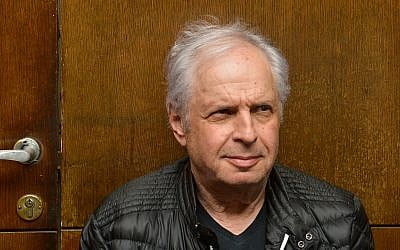 Netanyahu has denied any wrongdoing in all three cases, and has alleged that the investigations against him are a “witch hunt” involving the left, the media and the police relentlessly pressuring a “weak” attorney general.
Maldelblit’s decision broke with the conclusions of State Prosecutor Shai Nitzan in several instances, by opting to press lesser charges against some of the suspects, or to drop charges all together.

After being notified of an impending indictment, suspects are usually provided with the full case materials against them. However, according to Justice Ministry sources, Netanyahu’s defense team asked that case files be withheld until after the April 9 elections, reasoning they could be used for political purposes and campaign propaganda.

Alan Dershowitz, a prominent American lawyer, came to Netanyahu’s defense earlier Thursday, publishing an open letter to Mandelblit in which he warned that an indictment against the prime minister ahead of elections would undermine the democratic process. “I’m very worried for freedom of the press and freedom of government in Israel if they start indicting people for trying to get good coverage from the media,” Dershowitz also told Army Radio, referencing Cases 2000 and 4000, which revolve around alleged illicit deals in which the prime minister allegedly offered favors in return for favorable media coverage. “I don’t know of any other country that has criminalized trying to get good coverage and make that a basis of bribery or any other corruption investigation.”

On Sunday, the State Comptroller’s Permits Committee rejected for the second time a request by Netanyahu to fund his legal defense in the three cases via payments from wealthy associates, including his cousin.

Ehud Olmert, the country’s first former premier to serve prison time, stepped down from office in 2008 during the investigation into him, but before the intention to file charges was announced. He served 16 months in prison on corruption offenses and was released in July 2017.