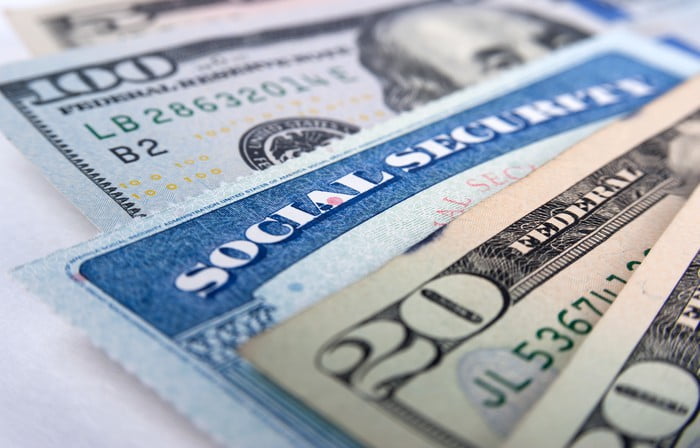 Social Security is a supposed to be a pension plan program for Federal Civil Service Employees.

“Federal” equals “Foreign Persons” because while they are employed in the Federal Civil Service, our people work as foreign persons known as either “United States Citizens” or “Citizens of the United States”.

“Civil” means “City” as in “Rome” as in “Municipal City-State Government” as in “Washington, DC Municipality” etc., so not military employees, not Territorial employees — we are talking about “Citizens of the United States”.

“Service Employees” means “inhabitants” who are “residents” merely sojourning here on our soil temporarily for the purpose of providing us and our States of the Union with specific governmental services.

Okay— so, Social Security is supposed to be a pension program for “Foreign Persons employed by the Municipal United States Government to provide services under contract to our States of the Union”. Got that?

I bet that nobody ever told you that in your lifetime.

I bet that like millions of other trusting Americans, you were told that it was a government (as in your government) mandate and that you HAD TO sign up for a “Social Security Number” before you could get a job.

They just conveniently “forgot” to tell you that that only applied if you were seeking a job as a Federal Civil Service Employee.

Now millions of American Seniors are waking up and noticing that their monthly pension payments which they earned the hard way are being further misrepresented as “benefits” and as “entitlements” — also known as “welfare”.

So what’s the Situation Report?

You have been conscripted by deceit exercised under color of law into a pension program that you were (most likely, unless you actually worked for the Post Office or Federal Agency) never eligible for in the first place, you and your employers were cheated out of 10-15% of your gross earnings throughout your working life, and now the Bilkers responsible for all this are folding their tents and looking for ways to avoid paying you anything at all.

After all, “benefits” and “entitlements” are gifts, not obligations.

Millions of American Seniors are being set up to take the final fall for this whole criminal enterprise, and those who are ultimately responsible, the Pope and the Cardinals in Rome, and the members of the “Municipal Congress” in Washington, DC are busy surviving their sex scandals and ignoring the fact that their own dear Hillary sold 20% of our Uranium to the Russians.

Now that is Russian Collusion, in case anyone wants to know.

Having finally realized that you have been defrauded, if you go to the “Social Security Administration” — another private Municipal Corporation — and explain the situation, they will tell you that by law (their private corporation by-laws) that you are not allowed to quit their program.

Well, again, that’s kinda sorta a half-truth like the lie that got you involved in their shell game in the first place. That’s true if you are one of their Retirees and one of their U.S. Citizens, but if you weren’t actually a Federal Civil Service Employee, and are not “voluntarily adopting” foreign “US Citizenship” status, there is no such “law” applicable to you. You are owed either: (1) immediate settlement of your account, or (2) the full range of services and payments available at the time of your retirement and/or withdrawal from the program.

This is another reason that they want to keep everyone in the “US Citizen” box. Once you reclaim your birthright political status as either an “American State National” or an “American State Citizen” then their foreign corporation’s statutory “laws” don’t mean diddly squat to you. And the fraud they committed against you becomes actionable under international law, too.

Does anyone besides me feel the “Mother of All International Class Action Suits” coming on?

It’s not that we would want to deprive any actual Federal Employee of a well-earned retirement and medical services, but on the other hand, we have been culled and gullied out of large sums of money that have been essentially stolen and mishandled, used as investment funds for the profit of foreign corporations and diddled away to buy votes.

We have no reason to stand on the sidelines and condone that, do we?

And we are not owed “benefits” —we are owed the return of our money and credit, plus interest.

Yet another reason to revoke Voter Registrations and “elections” to pay the IRS, and to go after the Social Security Administration and the members of the so-called Municipal Congress delegations, and most of all, the Roman Catholic Church, which is responsible, together with the Democratic Political Party, for all these venal, self-interested lies and misrepresentations to American workers and retirees.

Yet another reason, too, to reclaim your stolen birthright political status as an American State National and to serve your actual State of the Union as an American State Citizen. They’ve been mistaking their “law” for our Public Law for a long time. It’s time that we addressed these foreign corporations and either (1) shut them down and nationalize them as criminal organizations involved in fraud and racketeering or (2) fully label and expose exactly what they are doing and made it clear that Americans are not obligated to have Social Security Numbers and are not obligated to tax themselves and are not eligible for the Social Security Program if they are not Federal Civil Service Employees.

Get your political status sorted out and properly recorded, so that these corporations cannot mis-characterize you as a “US Citizen” any more, cancel your Voter Registrations, and then join us in cleaning up this Mess.

You are not Beggars chasing after bankrupt commercial shell corporations, you are American State Citizens who have suffered fraud and Breach of Trust at the hands of the Popes and the Queen and the Democratic Party and the Municipal United States Congress— all of whom are 100% fully and commercially liable both for the past and for their current failure to correct.