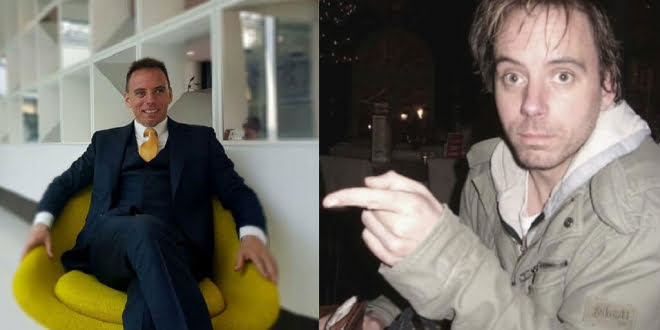 By The Open Mind,

Drew Goodall, formerly a homeless man, became a successful business man and would only hire other homeless or people with special needs.

Goodall wasn’t always homeless, he studied acting, and in his twenties, he managed to get a small role in movies such as Snatch and About a boy. There he even crossed paths with Hugh Grant and Brad Pitt.

A bad newspaper review for the play Marat/Sade criticized his acting and destroyed his confidence, which changed his whole life. Drew said, “I was so stressed about doing the show, I just gave up, I wasn’t having fun anymore”.

Running out of money Drew was kicked out by his landlord. Not wanting to admit defeat he didn’t want to return to his family house, and that’s when he lived on the street for approximately 6 months in the ’90s.

It was the worst time of his life, suffering from depression as well as being homeless begging for food. Drew used to sleep outside of the London Academy of Performing Arts in cardboard boxes. He struggled to survive and was often beat up and verbally abused. He was even attacked at night while sleeping.

Drew started polishing shoes to make some cash to survive. Approximately six months of polishing shoes on the streets, a regular customer mentioned to Drew that he could do the same job at his office.

Once he made enough money, he started his own company “Sunshine Shoeshine,” where he has already employed 40 homeless people. Each person decides to which charity they were going to donate part of their earnings too.

Alan Walton a 45 year old employer who suffers from health problems said that Drew gave him a purpose in life and a future.

From roughing it up on the streets of London to a successful CEO, earning over 250.000 annually Drew gives most of his money to charity.