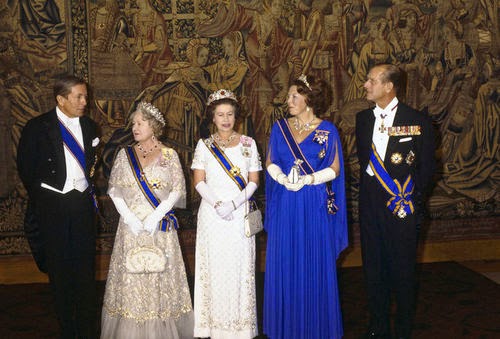 This is one in a series of articles taken from eyewitness testimony before the International Common Law Court of Justice in Brussels.

Regular Ninth Circle child sacrifices were said to take place in the catacombs of Catholic Cathedrals, the Vatican, on private estates and groves and government military bases in Belgium, Holland, Spain, Australia, Ireland, France, England and the US.

At least 34 child mass grave sites were identified in Ireland, Spain and Canada – and refused excavation by the respective governments, Crown of England and Catholic Church.

Named as present in Ninth Circle activities were Pope Francis, former Pope Ratzinger; Anglican, United Church of Canada and Catholic Church officials including Cardinals; members of European royalty including Queen Elizabeth and Prince Phillip; officials of the Canadian, Australian, UK and US military and governments including the USA’s CIA, plus prominent government ministers, judges, politicians and businessmen from the US, Belgium, Holland, Canada, Australia, France, Ireland and the UK.

Teens were drugged, stripped naked, raped, hunted down in the woods and killed by European royals according to this week’s latest eyewitness to testify before the International Common Law Court of Justice in Brussels.

The woman was the fourth eyewitness to give accounts about these human hunting parties of the global elite Ninth Circle Satanic Child Sacrifice Cult network.

A former member of the Netherlands criminal drug syndicate known as Octopus testified that victims were obtained for these human hunting parties from juvenile detention centers in Belgium and Holland.

“In 2004 I was an involuntary witness to torture, rape and murder sessions of drugged children performed for a group of high ranked people of the Netherlands” stated a woman.

“I was taken to a hunting party in Belgium close to Brussels where I saw two boys and a girl ages 14 to 16, hunted and killed by global elites. The human hunting party was heavily guarded by the Netherlands Royal Guards. I was told that King Albert of Belgium was present.”

Four eyewitnesses confirmed that as children and youths they were forced to attend human hunting parties where they and other children were raped, with some killed, and deceased boy’s penises were cut off.

Allegedly, there was a Dutch countryside palace where boys’ penises were displayed like trophies on a wall. Some hunting parties were hosted on the grounds of Netherlands, at Queen Beatrix’s Palace.

Dutch therapist Toos Nijenhuis claimed that as a four year-old she was forced to witness murders of children that involved former Pope Ratzinger, a Dutch Catholic Cardinal, plus the father of Netherlands Queen Beatrix and Bilderberger Founder, Dutch Crown Prince Alfrink Bernhard.

“I saw the former Pope Joseph Ratzinger murder a little girl″ another witness confirmed. “It was at a French chateau in the fall of 1987. It was ugly, horrible and didn’t happen just once. Ratzinger and Bernhard were some of the more prominent men who took part.”

The largest was the Mohawk Indian Residential School in Brantford Ontario where child remains were identified in 2008 before the Catholic Church, Canadian government and English Crown shut down the dig by professional archeologists.

The 2013 ICLCJ Court had found Queen Elizabeth and Prince Phillip guilty for the Oct. 10 1964 disappearance of ten native children from the Catholic residential school in Kamloops British Columbia.

In the first two weeks of the 2014 court witnesses identified Dutch and Belgian royal participants in the rape and killing of Mohawk children and newborns. Named were Bernhard and King Hendrick, consort to Queen Wilhelmina of Holland.

Alleged to be present during the human hunting parties were the late Prince Johan Friso and his wife Mabel Wisse Smit, former ministers, the top man of the Dutch army, the under secretary of the Raad Van State in the Netherlands, the Vice-Roy next to Queen Beatrix and other global business and political leaders including some from the US.

“Surely the present King Willem Alexander and King Filip and their wives know about this abuse and murder of children” said one eyewitness. “They do nothing about it and likely are the ones to stop investigations and prosecutions.”

In January 2014 the brother of the king of Holland Prince Johan Friso passed away in a coma after these three Dutch-language websites shown here reached the internet. The websites revealed that Friso was at the human hunting and killing parties.

“The story came on the internet after years of trying to move the policy and justice department in the Netherlands to act against the criminals,” an eyewitness said. “Nobody did anything to stop these criminals, probably because Queen Beatrix and King Albert likely interfered with the investigations.”

Human hunting parties were said to take place on the grounds of Belgium, Queen Beatrix’s Palace in the Netherlands. Two witnesses have named former Pope Joseph Ratzinger and Queen Beatrix’s father the deceased Prince Alfrink Bernhard, as being present at child sacrifices. Both were said to be Nazi sympathizers.

The ICLCJ Court received a collection of Jesuit archival records about a child sacrificial cult known as the Knights of Darkness. In 1933 the Knights were established by the Catholic Jesuits and Nazi Waffen S.S. Division.

The records showed Ratzinger was identified as a member of the Knights while working as an S.S. Chaplain’s assistant at the Ravensbruck Concentration Camp in Germany. The records also stated that Ratzinger participated in child sacrificial rites using kidnapped children from the camps or political prisoners.

Another court document called the Magisterial Privilege indicated child sacrifice was a regular occurrence at the Vatican. At the tender age of 12 “Svali” of San Diego County California claimed she was brought to catacombs beneath the Vatican to witness the sacrifice of a three year-old drugged boy.

In this video her interviewer said that 24 years prior a “Maria” told him she witnessed another satanic child sacrifice rite in the same Vatican Catacombs.

Last week an Irish police investigator reported to the ICLCJ Court that the close to 800 babies buried in a Catholic Nun’s septic tank were dismembered, decapitated and in bits and pieces – signs that they could have been murdered in Satanic child sacrifice rites.

In the last two months the ICLCJ Court has heard these heart-wrenching testimonies about the rape, torture and murder of children as recently as 2010 by Catholic leaders, European royal family members and other global elites.

Murder sites of the Ninth Circle Satanic Child Sacrifice Cult were said to be in the catacombs of Catholic Cathedrals including the Vatican and on private estates, military establishments and groves in Belgium, Holland, Spain, Australia, France, England and the US.

The ICLCJ Court has been overwhelmed with newly discovered evidence and a number of new witnesses coming forward to testify about Ninth Circle Satanic Child Sacrifice Cult activities.

They have uncovered Ninth Circle Satanic Cult member possible involvement in international child sacrifice, kidnapping, exploitation and drug rings. The five international judges and 27 jury members were expected to remain in session for at least a year due to the complexity of the cases.

Amnesty has been offered to citizens or employees of the Vatican, Crown of England, churches or governments willing to give sworn testimony or evidence that leads to the prosecution of these global elites suspected of committing crimes. Rewards up to 10,000 euros or around 13,660 dollars was available through the ICLCJ court.

The ICLCJ Court had over 450 Common Law Peace Officers in 13 countries, with 51 local chartered groups operating. Local organizing funds were available for common law groups that applied through the International Tribunal into Crimes of Church and State.

By Judy Byington, Truth CMD | Read more about the Pedophilia Satanic Rings of the “Elite”