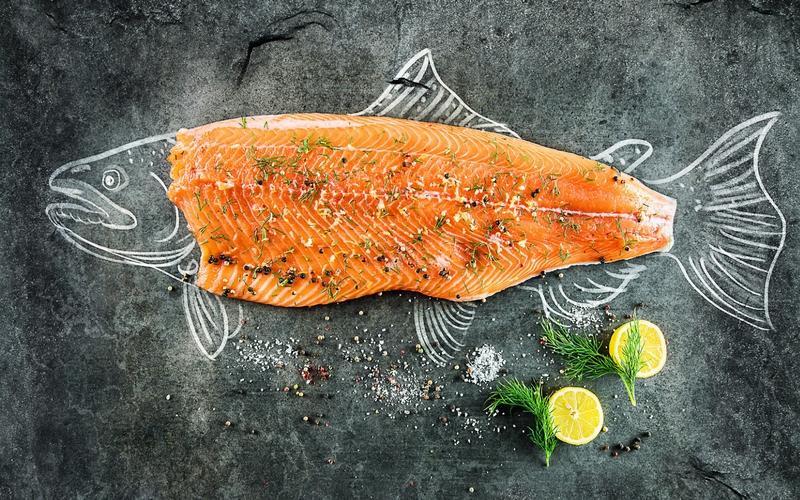 Salmon is the second most popular type of seafood in the U.S. (shrimp is the first), with just over 2 pounds consumed annually, per person.1 While many love its flavor, a key reason behind its popularity has to do with its perceived health benefits. As a rich source of beneficial animal-based omega-3 fats, salmon can, indeed, be a very healthy food choice.

However, it can also be among the worst food choices, and the difference is in the details. While wild-caught Alaskan salmon is an example of good-for-you salmon, rich in healthy fats and low in pollutants, farm-raised salmon is not. Unfortunately, farm-raised makes up 75 percent of the salmon consumed worldwide, and its volume has increased nearly 1,000 percent from 1990 to 2015.2

The video below, captured by Don Staniford of Scottish Salmon Watch, shows dead salmon rotting in dumpsters at two Scottish salmon farms, one owned by Marine Harvest and the other by Scottish Salmon Company.

“This is symptomatic of factory farming — it’s the underbelly of battery factory salmon farming. Infectious diseases are rife in the industry and about a fifth of farmed salmon stock is dying. The fish in these tanks are not going to shops but they have been swimming alongside ones that are,” Staniford said in a news release.3 “These fish are dying of horrible infections and diseases.”

It’s unclear how the fish in the video died, but salmon farms are required to store dead fish in a safe manner prior to disposal.4

How many farmed salmon are dying every year in Scotland? According to Scottish Salmon Watch in a submission to the Scottish Parliament in March 2018, record levels of mortalities were uncovered in 2017 — 25,000 tons amounting to an estimated 15 million to 20 million farmed salmon, which is a mortality rate of 26.7 percent.5 And mortalities appear to be on the rise, increasing from 5,000 tons in 2002 to 10,000 tons in 2011.

As for what’s killing the fish, a laundry list of diseases was reported on Scottish salmon farms in 2017, including:6

Farmed Salmon Could Pose ‘Irrecoverable Damage to the Environment’

Farmed salmon is Scotland’s biggest food export, bringing in more than $789 million annually,7 and the industry is set to expand from a volume of 163,000 tons in 2016 to 200,000 tons in 2020.8 The industry claims aquaculture, as fish farming is known, is beneficial because it creates jobs while providing a sustainable source of food, but conservation groups and even government entities are finding otherwise.

The Scottish Parliament’s Environment, Climate Change and Land Reform Committee issued a report in 2018 that found a host of concerning issues surrounding farmed salmon and concluded the industry could “cause irrecoverable damage to the environment” if said issues were not addressed.9Some of the top issues covered in the report include:10

Sea lice are marine parasites that attach to salmon skin, feeding on their skin and blood and leading to wounds that can be life threatening. Fish farms, with their large numbers of salmon living in close proximity, are ideal breeding grounds for sea lice, and there’s potential for lice on salmon farms to infect wild salmon, damaging their populations.

“Although conclusive evidence for damage at the population level is hard to find in Scotland, studies in Norway show that increasing sea lice burdens on wild salmonids adds to pressures on the wild populations already impacted by climate change, river modification and commercial fishing,” the report noted.11

While medications added to farmed salmon feed or water can help prevent sea lice buildup, they only represent a bandage — not a solution to the problem.

“Nearly all of these treatments are costly, none are fully effective, and most need to be repeated,” according to the review.12 “In addition, sea lice populations also appear to be developing resistance to many existing treatment medicines and therapeutants.”

The Scottish Salmon Company has attempted to block the public release of photos showing their diseased salmon and even claimed losses of more than $1.3 million in 2016 because of sea lice and other disease. Despite this, they reported profits of over $38 million in 2017.13 Sea lice also represent a welfare issue for the fish, as the parasites can literally eat the salmon alive.

OneKind, an animal welfare group in Scotland, is calling for a halt on expansions to salmon farms until the sea lice issue and other welfare concerns are under control.

“It is now widely acknowledged that fish are sentient animals and are capable of feeling pain,” OneKind campaigner Sarah Moyes told The Ferret. “Not only does this make this suffering wholly unacceptable, but the industry’s reputation is once again being damaged by another report of animal neglect.”14 Diseases Could Spread to Wild Salmon

The Scottish Parliament report pointed out that fish farms provide a “favorable habitat” for the growth and spread of pathogens and parasites. Water currents can then spread the pathogens from farmed fish to wild salmon populations.

“There is some evidence that some disease is transmitted between farmed and wild fish by direct infection, by escapees, or by infection from wild to farmed fish,” the researchers noted, and “Increased numbers and sizes of farms could lead to increased risk of infection of wild fish unless improvements in farm biosecurity and disease prevention outpace the expansion of production.”15

Like concentrated animal feeding operations (CAFOs) on land, fish farms produce an inordinate amount of waste, which sinks to the seafloor, not only reducing oxygen levels in the water but also physically smothering the organisms living on the seafloor (benthic animals).

Seabed marine life are known to significantly degrade when located beneath or near fish farms, and although they can recover if the industrial site is abandoned, full recovery can take more than two years. Further, monitoring of marine life is not sufficient enough near farms or in protected habitats, to reveal whether long-term damage is occurring.

Increased nutrients, including ammonium and phosphate, are observed near salmon farms, which could disturb the balance of organisms, degrade water quality and lead to the overgrowth of algae.

Drugs and Other Chemicals Could Be Harming Ecosystems

Drugs and other chemicals, including pesticides and antibiotics, used in the treatment of sea lice, fungal infections and bacterial infections in farmed salmon also pose a risk to the surrounding ecosystem.

Not only may the pesticide be toxic to other marine life such as Dungeness crab, prawns and herring, but it’s also known to suppress salmon immune systems, making them even more susceptible to viruses. In turn, wild salmon swimming by may be further exposed to deadly diseases.

“Increased production is likely to require additional use of existing or newly developed chemicals,” the report added. “There is a lack of ability to adequately predict low-level effects of long-term usage of these chemicals on benthic and pelagic ecosystem components at the scale of lochs.”16

It’s estimated that 146,000 farmed salmon escape from fish farms into the sea in Scotland alone, a number that’s likely underreported. In Norway, it’s already been shown that genes from farmed salmon have mixed with wild populations.17

Dangers Posed to Predators, Including Seals

A number of marine mammals and birds find salmon farms to be attractive sources of prey. One of the largely unknown casualties of industrial fish farms are seals, which may be legally shot by fish farmers and fishermen “when necessary” under the U.K.’s Conservation of Seals Act.18

According to Andy Ottaway,19 campaign director with the Seal Protection Action Group (SPAG), about 1,600 seals were shot in Scotland alone over the last six years, primarily by industrial fish farmers like Marine Harvest Scotland and Scottish Sea Farms.

Some fish farms have taken steps to deter seals using nonfatal means, such as the use of acoustic devices to scare seals away and removing dead fish from the cages to avoid luring the animals in. Still, gray seal populations have dwindled to 400,000 individuals worldwide, one-quarter of which live in U.K. waters.

The standard American diet is already heavily skewed toward omega-6, thanks to the prevalence of processed foods, and with farmed salmon, that unhealthy imbalance is further magnified rather than corrected.

Part of the problem is the fish feed given to farmed salmon, which may include everything from fishmeal to corn gluten meal, soybean meal and feather meal.23 The fishmeal used to produce commercial fish feed not only accumulates toxins found in the fish, but also poses another sustainability threat.

About 25 percent of wild-caught fish — amounting to about 20 million tons of seafood — is used to make fishmeal that’s fed to farmed fish,24 and stocks of wild fish may be dwindling as a result.

The Farmed Fish Market Is Collapsing

It appears the word may be getting out about the potentially disastrous consequences of farmed fish to the environment and human health.

Nasdaq reported that prices for Norwegian farmed salmon are falling, with all major weight classes decreasing. The average price per kilo was $5.80 near the end of November 2018, down more than 10 percent compared to one month prior, and nearly 8 percent compared to 12 weeks prior.25

If price is a factor (wild salmon can be pricier than farmed varieties), canned salmon labeled “Alaskan salmon” is a less expensive alternative to salmon fillets but will still offer the health benefits and flavor you’re after.