Prepare For Change
Home ARCONTES Why is Lloyd’s of London excluding coverage for 5G? 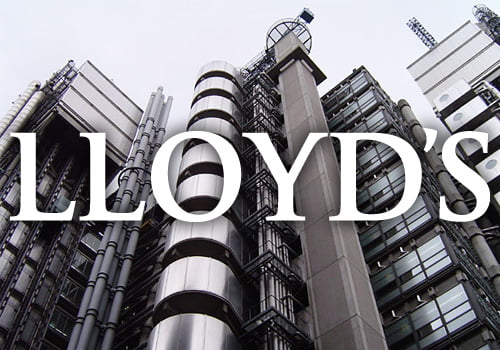 How curious that Lloyds of London has excluded from their policies any negative health effects caused by wi-fi technologies. Now, WHY would Lloyds leave all that money on the table if these technologies are so safe? And, why are other insurance companies following Lloyds’ lead?

If you think that following-the-money provides insights, you’ll probably conclude that something VERY BIG is embedded in this decision.

Here’s some background (including links):

The FCC and other government regulatory bodies, in collusion with the big telecomm industries, are ferociously pushing smart meters, 5G and the Internet of Things.

This roll-out is not only happening in the US, but all over the world. The giant telecomms gush enthusiastically about how EVERYTHING will be connected

OMG!! We’re gonna have Incredibly high-speed connectivity so your little girls and teens can, at supersonic speed, upload pix of their latest nail-polish jobs or cute puppy videos to FaceBook, Pinterest, etc., etc., for theirr friends to gasp and giggle…..and, of course, click “like” and forward these to their friends…. again, all at warp speed.

It’s pretty clear that this whole “play” by the giant telecomms is seen by them as a financial windfall – for them. And, via their lobby groups, it’s seen as a windfall for all the politicians who support this agenda. Politicians will be rewarded in the usual manner – pricey junkets to exotic places, elegant dinners, campaign contributions and, of course, cushy “golden parachute” jobs for those wi-fi supportive ex-politicians within the telecomm industries, or within their lobby groups. In short, crony business as usual.

BUT WAIT!! ….There’s a tiny but growing wrinkle in this rosy scenario of sugar plums dancing in the heads of these telecomm leaders. Specifically, Lloyds of London, one of the world’s premier insurance groups, is refusing to insure health claims made against wireless technologies. And, other insurance companies are following Lloyd’s lead in this.

If you follow the money, this is HUGE. After all, if these wi-fi techno-toys are so safe, why is Lloyds leaving all this additional money on the table?

Well, Lloyd’s November 2010 Risk Assessment Team’s Report gives us a solid clue: the report compares these wireless technologies with asbestos, in that the early research on asbestos was “inconclusive” and only later did it become obvious to anyone paying attention that asbestos causes cancer.

Keep in mind that Lloyd’s Risk Assessment study of wi-fi was published over 8 years ago. Even back then, however, their Risk Assessment Team was smart enough to realize that new evidence just might emerge showing that the various wi-fi frequencies do cause illness. The result? Lloyds opted to exclude coverage for wi-fi related illnesses.

And then, PG&E followed close on, slipping in its own legal clauses (just as it was rolling out smart meters) that claim no liability for wi-fi related health damage. The schools who opt to put in wi-fi are responsible, according to PG&E, and any other organizations that opt to have PG&E put wi-fi in their buildings are the responsible parties

Today, MANY more recent peer-reviewed scientific studies show a range of serious damage caused by these wi-fi frequencies. 5G brings a quantum leap in damage – to DNA, to cell mitochondria, and much more.

Fortunately the global public is waking up. Conversations are in the air about a global class-action lawsuit vs. the SPECIFIC INDIVIDUALS WORLDWIDE who are recklessly ignoring the Precautionary Principle  in their promotion of advanced wi-fi technologies. In part – goes the growing conversation –  the lawsuit will be based on the Nuremburg Principle of “informed consent.”

After all, what’s going on is a tiny handful of people are pushing a huge experiment on what will be billions of people, all without have gotten their informed consent … and without insurance for those who are electromagnetically senstive – a growing group to watch. These unfortunate individuals are our “canaries” in the coal mine.

Pay close attention. This whole issue is about to become a whole lot more interesting.

After years of listening to cellular phone companies assure us that WiFi and cell phone transmission is safe, why did Lloyds of London, a company who will take risks when other insurers won’t exclude EMF injuries? Are they expecting an avalanche of health claims related to EMF?

What Does Lloyd’s of London Know that We don’t know?

We think Lloyd’s underwriters must be reading the research findings from major publications like the BioInitiative Report. Included in this report are summaries of research publications between 1990 -2014 on the biological effects of radiofrequency and cell phone radiation. The research news is chilling.  Prolonged exposure to EMF causes cellular malfunction, the formation of free radicals which then leads to a multitude of health issues. There are many physicians who now believe EMF effects underlie ALL medical issues.

This report was created by 29 authors from around the world, including 10 with medical degrees, 21 PhDs and 3 masters degrees. More than 100,000 people visit their site annually (http://www.bioinitiative.org).  No longer can public officials pretend EMF is harmless. The cat is out of the bag!

Schools May Foot the Bill with WiFi Injuries

Lloyds is dumping the blame back on schools. In their insurance waiver, they state clearly that it is schools responsibility to inform parents and teachers if WiFi is being installed in their schools.

Parents for Safe Schools and other groups want to know why schools are not acknowledging the proven health effects of EMF? By allowing WiFi to be installed in the schools, they are acting as if WiFi is a safe technology. For many individuals, animals and plant life, serious health consequences occur with daily exposure to EMF.

Get Protection for Your Cell phone and WiFi & Your Body

We do recommend multi-level protection.

First and foremost, protect your entire body from the harmful effects of EMF and WiFi with a BioShield. There are also a number of ways you can dampen the amount of radiation coming from your cell phone. Visit our store to view several EMF blockers for phones and tablets. Don’t wait until you have symptoms to get protected. If you want to add EMF protection in your work and living spaces, there are several options as well.

My interpretation of this revealing statement is that CFC Underwriting, and perhaps all of “the market” has realized that the time has come to hedge against a future surge in “illnesses caused by continuous long-term non-ionising radiation exposure i.e. through mobile phone usage.” Why else would they refuse coverage “across the market as standard.”?

Lloyds Refuse To Discuss Why They Excluded RF/EMF Claims

“Unfortunately, Lloyd’s doesn’t have a spokesperson who can talk about this so we’re going to have to decline.” Now I’m used to rejection as a reporter, but I couldn’t quite believe this and told her so in my reply, mentioning that their refusal to talk about the policy change would possibly “draw attention away from more important aspects of the story.”

Phi Beta Iota: We are very skeptical of the items offered for sale at the end. This is a huge problem that will not be solved by buying magical pendants. Everyone now understands tobacco and asbestos risks.  This is worse. This is also impacting on animals including livestock and on plants including food.