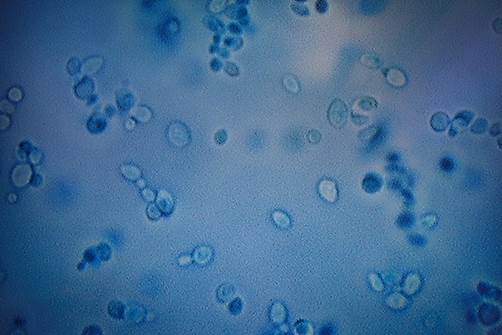 A projection of the C. auris fungus on a microscope slide.
CreditMelissa Golden for The New York Times

A hushed panic is playing out in hospitals around the world as a deadly fungus is spreading killing a lot of people. Individual institutions, national, state and local governments have been reluctant to publicize outbreaks of this drug resistant infection, arguing there is no point in scaring patients — or prospective ones, meaning they do not want to scare patients away from going to hospitals. Officials are still scrambling to keep a lid on it as the infection is spreading around the globe, yet with the Measles, a dramatically less dangerous disease, they are getting hysterical.

Dr. Johanna Rhodes, an infectious disease expert at Imperial College London said “We are driving this with the use of anti-fungicides on crops and we have no idea where it’s coming from. We’ve never heard of it. It’s just spread like wildfire.”

Thanks to the over-prescription of antimicrobial drugs had also laid the groundwork for this relatively new germ that preys on people with weakened immune systems according to the New York Times. The infection – a fungus known as Candida Auris, kills almost half of all patients who contract it within 90 days, according to the CDC – as it’s impervious to most major anti-fungal medications. First described in 2009 after a 70-year-old Japanese woman showed up at a Tokyo hospital with C. Auris in her ear canal, the aggressive yeast infection has spread across Asia and Europe – arriving in the US by 2016

Many of these patients do not need to die but it seems like doctors, hospitals and medical institutions would rather them perish than admit that sodium bicarbonate is the best anti-fungal for this and other fungal infections. Baking soda, also known as sodium bicarbonate, has significant anti-fungal effects. Laboratory studies show that baking soda is effective against most fungal species. Bicarbonate inhibited the growth of 80 percent of fungal isolates tested in one study. Many studies have shown that sodium bicarbonate at high concentrations has an antimicrobial effect over several microorganisms isolated from the oral cavity, including Candida albicans.

Some think that baking soda is the most potent anti-fungal substance there is because of its ability to rapidly change the Candida colonies’ pH from acid to alkaline, which  effectively killsoff the yeast before it has time to adapt to new environments. The problem with anti-fungal drugs, is that fungi are extremely adaptive, and can accommodate themselves to a new environment in three to four days. This renders anti-fungal drugs largely ineffective. The fungi do not adapt to the baking soda.

“It is a creature from the black lagoon,” said the CDC’s Dr. Tom Chiller, who heads the fungal branch. “It bubbled up and now it is everywhere.” In the last five years alone, it it has swept through a hospital in Spain, hit a neonatal unit in Venezuela, spread throughout India, Pakistan and South Africa, and forced a prestigious British medical center to close its ICU for nearly two weeks.

Simply put, fungi are evolving defenses to resist and survive modern medications. “It’s an enormous problem,” said Imperial College of London fungal epidemiology professor Matthew Fisher, who co-authored a recent scientific review on the rise of resistant fungi. “We depend on being able to treat those patients with anti-fungal medications,” that are no longer working for this infection.

Science Daily said, “Infectious diseases are the world’s number-one cause of death, with pathogenic fungi being responsible for extremely dangerous infections. Worldwide, more than €6 billion are spent each year on anti-fungal medications, and the total costs of the medical treatment of infectious diseases caused by pathogenic fungi are estimated in the order of hundreds of billions of Euros.”

Dr. Luke Curtis is reporting on research that deals with 27 lung “cancer” patients who were later diagnosed with lung “fungus” instead of lung cancer. “Fungal infection can present with clinical and radiological features that are indistinguishable from thoracic malignancy, such as lung nodules or masses.” Doctors who diagnose lung cancer are unaware of the fact that cancer mimics fungal infections. Over one million people worldwide are misdiagnosed with tuberculosis when in reality they have an incurable disease with a similar outlook to many cancers, says a recent report published in 2011 in the Bulletin of the WHO.

The disease called “chronic pulmonary aspergillosis” (CPA) is a fungal infection not a bacterial infection. It looks very much like, or identical to TB when doctors look at it on a chest X-ray. Fungal infections kill at least 1,350,000 patients with, cancer, TB, asthma, or following AIDS; as well as causing untold misery and blindness to tens of millions more worldwide. Yet, like a Trojan horse its symptoms are mostly hidden, and occur as a consequence of other health problems.

Fungal disease is like the Trojan horse that threatens the world as deaths reach approximately 150 people per hour. Doctors need to wake up to the plight of millions people worldwide who suffer and die every year from fungal disease. Fungal disease is worldwide catastrophe that is growing year on year and now with this new anti-fungal resistant strain more deaths can be anticipated.

There is no hiding the fact that baking soda, the same stuff that can save a person’s life in the emergency room in a heartbeat, is a primary safe and effective fungal treatment. In 2014 GAFFI– ‘The global action fund for fungal infections’ called on all policy makers and health agencies to wake up to the plight of more than 300 million people worldwide who suffer and die every year from fungal disease. So why do doctors not prescribe sodium or potassium bicarbonate?

Though it  kills yeast and other infections quite quickly, its main function is to increase CO2 and oxygen levels, which are not conducive to cancer, tumor growth or fungus infections.