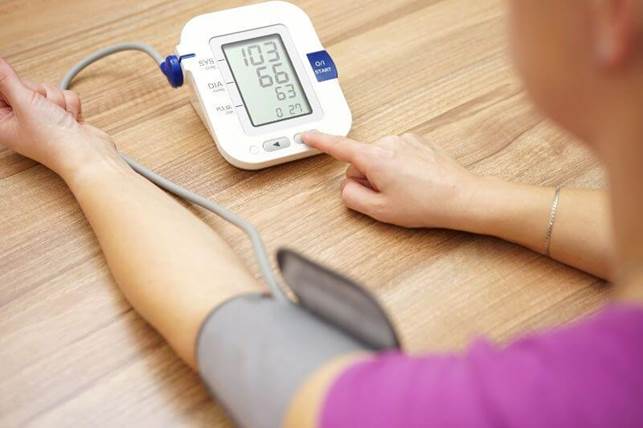 Will medical marijuana lower my blood pressure? After injecting rat subjects with THC, researchers found that blood pressure decreased significantly straight after. The same results were achieved in a second study. It is easy enough to find out if it will work for you. Take a few puffs. Measure your pressure before and after 20 minutes and you will have your answer.

Works like a charm for me easily dropping my pressure by 20 sometimes even 25mm Hg for both readings. Medical marijuana is now legal in a majority of states so it is easier then ever to get. A small but growing number of states and cities have legalized recreational pot as well. Marijuana is the most commonly used illegal drug in the world that has pretty much gone legal in America as lawmakers finally come to their senses and get out of the insane war drug war against domestic populations.

Users can develop a tolerance to the initial effects over a period of a few days to weeks, and repeated use has been associated with lowered heart rate and blood pressure immediately following consumption. Anecdotally, many people reportthat cannabis helps them maintain healthy blood pressure levels, an effect supported by research studies.

A new recall is underway for popular blood pressure medications due to contamination in a possible impurity that might cause cancer. It’s the latest in a string of recalls, the third this month and one of two dozen recalls since last year.

Interestingly enough, it has been found that when first consuming cannabis, there is an increase in blood pressure and heart rate. Next time you smoke, be sure to put your hand against your chest and you’ll see this. But a quick tolerance is developed over the course of a couple of weeks. After repeat use, cannabis actually starts to lower both heart rate and blood pressure. It seems that cannabis can have a stressful introduction to the body. Yet, after the body’s systems become used to the chemical changes, cannabinoids can help to influence a series of functions in a very positive way.

All of this makes sense when you look deeper into cannabinoids. Cannabis has a vasodilatory effect. This means that veins expand when you take marijuana. A clear sign is when you look into someone’s eyes after they have consumed cannabis. The veins expand, allowing them to carry more blood at the same time. This is what causes the classic, red “stoner eyes.”

One in three adults in the America has high blood pressure, a condition known as hypertension. Left um-managed, it can lead to cardiovascular disease, which is characterized by an increased risk of stroke, heart attack, and even heart failure. A number of factors, including poor diet, stress, physical inactivity, alcohol, and tobacco use increase the risk of developing hypertension.

Personally I do not experience it this way. My pressure just drops quickly. However, due to the lack of studies on the issue, care must be taken to monitor one’s own blood pressure to see what effect weed smoke or edibles have on oneself in particular.  One can also discover what effects different strains, sativa and indicas, have on your blood pressure.

It’s long been established that the body’s endocannabinoid system (whose naturally occurring chemicals behave similarly to cannabinoids found in cannabis) play an important role in regulating many of the body’s key physiological functions, including cardiovascular function. A growing body of research shows that anandamide – the body’s naturally occurring version of THC – relaxes blood vessels, the implication being that by allowing blood to flow more freely, anandamide helps lower blood pressure.

Marijuana has some well-proven benefits, including relief for long-term pain. But smoking marijuana can have some negative effects on your health, especially when overused for a long period of time.

One reason people might think marijuana can lower blood pressure because it relieves stress and anxiety, at least temporarily, but research shows that marijuana doesn’t necessarily always lower blood pressure and can, in fact, do quite the opposite so one needs to constantly test what one is doing, which is easy with a spectrometer.

Cannabis and Stroke or Heart Attack

As far as serious adverse risks, a UC San Francisco longitudinal Coronary Artery Risk Development in Young Adults (CARDIA) study analyzing data from 3,617 African American and Caucasian adults over a 15 year period found there was no long-term causal link between cannabis consumption and the risk of heart attack or stroke. A 2006 report published in the Forensic Science, Medicine and Pathology Journal said, “Despite the drug’s extreme popularity, reports of cannabis-related stroke and myocardial infarction are so rare as to still be reportable.”

There’s no doubt conventional, government-approved recommendations about hypertension has utterly failed to help people manage their weight and prevent disease in general and hypertension specifically, since there is an epidemic with easily a third of America so afflicted.

We’re facing overwhelming rates of obesity, heart disease, cancer and Alzheimer’s, with future projections heralding more of the same. Modern medicine is a failure with no way to reform itself. Might as well convert to Islam if one enjoys such rigidity and resistance to change.

We need a radical U-turn in medicine and we are not going to get it. Hypertension is not resolved by dangerous pharmaceutical medication of dubious quality. Weight reduction through intermittent fasting, bicarbonate to raise pH, lots of magnesium, slow breathing, drinking beat juice and going for daily walks of at least 30 minute duration all are a part of an intelligent protocol to lower blood pressure. Add yoga, mediation and a breathing retraining device and one is covered.

I read somewhere that, “People should never rely on marijuana as a way to lower blood pressure, and they should always speak with their physician about the right steps to take to maintain a healthy blood pressure.” This is what I call really bad advise. Always start with natural ways to treat hypertension and only when one has exhausted all one can do, and failed, should one turn to a physician and his pharmaceuticals.