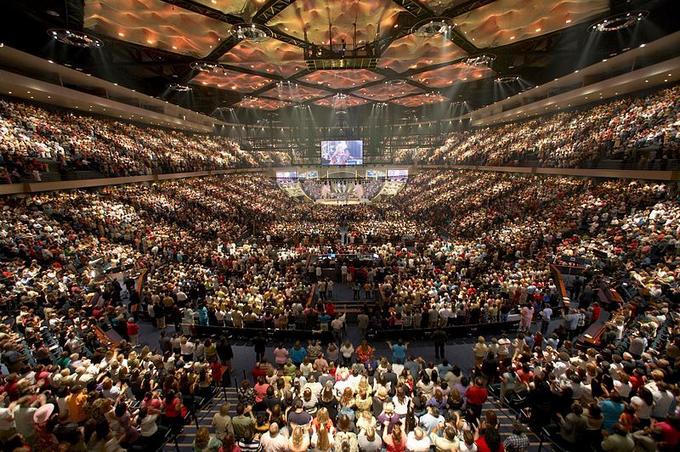 Faith is worth $1.2tn a year – more than combined revenues of 10 biggest tech firms in America

Religion in the United States is worth $1.2tn a year, making it equivalent to the 15th largest national economy in the world, according to a study.

The faith economy has a higher value than the combined revenues of the top 10 technology companies in the US, including Apple, Amazon and Google, says the analysis from Georgetown University in Washington DC.

The Socioeconomic Contributions of Religion to American Society: An Empirical Analysis calculated the $1.2tn figure by estimating the value of religious institutions, including healthcare facilities, schools, daycare and charities; media; businesses with faith backgrounds; the kosher and halal food markets; social and philanthropic programmes; and staff and overheads for congregations.

Co-author Brian Grim said it was a conservative estimate. More than 344,000 congregations across the US collectively employ hundreds of thousands of staff and buy billions of dollars worth of goods and services.

More than 150 million Americans, almost half the population, are members of faith congregations, according to the report. Although numbers are declining, the sums spent by religious organisations on social programmes have tripled in the past 15 years, to $9bn.

Twenty of the top 50 charities in the US are faith-based, with a combined operating revenue of $45.3bn.

The report points to analysis by the Pew Research Centre which shows that two-thirds of highly religious adults had donated money, time or goods to the poor in the previous week, compared with 41% of adults who said they were not highly religious.

Grim and his co-author Melissa Grim of the Newseum Institute in Washington came up with three estimates of the worth of US religion. The lowest, at $378bn, took into account only the revenues of faith-based organisations. The middle estimate, $1.2tn, included an estimate of the market value of goods and services provided by religious organisations and the contributions of businesses with religious roots.

The top estimate was based on the household incomes of religiously affiliated Americans, and placed the value of faith to US society at $4.8tn annually.

The analysis did not take account of the value of financial or physical assets held by religious groups. Neither did it account for “the negative impacts that occur in some religious communities, including … such things as the abuse of children by some clergy, cases of fraud, and the possibility of being recruitment sites for violent extremism”.

However, it concluded, “the faith sector is undoubtedly a significant component of the overall American economy, impacting and involving the lives of the majority of the US population”.

Animated map shows how religion spread around the world