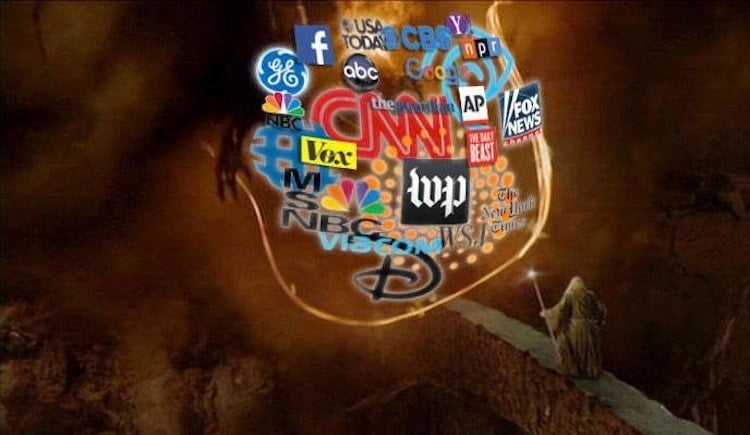 If you are reading this, it’s most likely the result of a series of events in your life which have drawn your interest and attention to the fact that our world is quite a bit different from what we’ve been told by our school teachers, by the news media, by Hollywood, and by politicians.

At some point, for whatever reason, you’ve come to realize that the consensus narratives in our society about what’s going on are false. The tools that people are taught to use to inform themselves about their government, their nation and their world are not just full of inaccuracies, but deliberate distortions, ranging from the reasons we’re given for why wars are started, to the way our political systems work, to where real power and authority actually lies, to the way nations and governments actually behave in the world.

This awareness has come with a degree of alienation. Not buying into the same consensus narratives about the world as your friends, loved ones and peers comes with an inability to relate to them on some levels, which can cause you to feel a lack of intimacy in those areas. You may have also found yourself the odd one out in conversations about politics or other controversial issues, maybe even lost old friends over it.

But you kept going anyway. For some of us, it’s more important to be true to the truth than it is to fit in. You’re one of those people.

There is nothing more important than this fight. Our species is on a sure trajectory toward Orwellian dystopia if climate collapse or nuclear war don’t send us the way of the dinosaur first, and the only thing that has the power to steer us out of that trajectory is the people using the strength of their numbers to force an end to the oppressive, ecocidal, omnicidal status quo.

But they don’t. The people don’t use the strength of their numbers to force an end to the oppressive, ecocidal, omnicidal status quo, because they aren’t interested in doing so. Why aren’t they interested in doing so? Because their minds are being manipulated on a mass scale by the same people who have been granted immense power and wealth by the existence of that status quo.

All of mankind’s biggest dilemmas are ultimately due to the fact that propaganda is far more ubiquitous and far more advanced than most people realize.

And it’s not their fault. Not really. Nobody teaches you in school that throughout your entire life your plutocratic overlords will be working to control the thoughts in your head using a highly sophisticated arsenal of psychological operations funneled into your mind via their near-total control of the media. Nobody warns you as a kid that if you ever really want to grow up, you’ll first have to extricate the vast network of lies which have been deliberately sewn into your consciousness since birth.

But their tricks didn’t work on you. You found your way out of that matrix of deception. It wasn’t easy, and it wasn’t comfortable, but you did it. And now you’re ready to fight.

And fight you have. You have already been doing what you can to share information which counters the disinformation, doing your best to throw sand in the gears of the propaganda machine and show people the little gaps in the code of the matrix in the hope that some light sleeper might spot it and begin waking up from the dream. You don’t need me to tell you to do this, because it’s obvious to anyone who’s seen through the illusion. You’re doing it already.

You’re going to get better at it because you’re going to keep learning and gaining a better and better understanding of how the oppression machine operates, so that you can describe it more lucidly to others.

You’re going to get better at it because you’re going to keep practicing your craft: attacking the propaganda matrix at its weakest and most vulnerable points at every opportunity. Practice makes perfect, and the more you keep at it the more skillful you’ll get at spotting gaps in its armor and firing the most damaging truth bombs straight into them.

You’re going to get better at it because you’re going to keep doing your own inner work to expunge all lies from your system, from the most surface-level propaganda narratives all the way down to your most fundamental assumptions about the nature of reality itself. You understand that only turkeys are done, and that it will always be possible to get a little bit clearer inside every day. The less your vision is impeded by falsehood, the better you’ll be able to see on the battlefield.

You’re going to get better at fighting, and you’re going to keep fighting no matter what. Not because it’s an easy war, nor even because it’s a winnable war, but because you have made truth your highest value, and untruth is therefore intolerable to you. You will keep attacking the lie factory at every turn until it collapses into its own foundations beyond any possibility of repair. You will keep driving your sword through until you see it come out the other side.

And others will join you, because they have awakened to what’s going on too. And then there will be more of them. And more. And more.

There is no more important fight than this. The survival and wellbeing of our entire species depends upon it. The oligarchs and their government agency allies cannot be defeated as long as their propaganda machine is killing off all desire to defeat them.

Your edge is your agility and your access to inspiration. No amount of social engineering can move as fast or shine as bright as the truth. You have everything you need to win, and there are more signs than ever that the win is on the horizon. What once seemed impossible now seems inevitable.